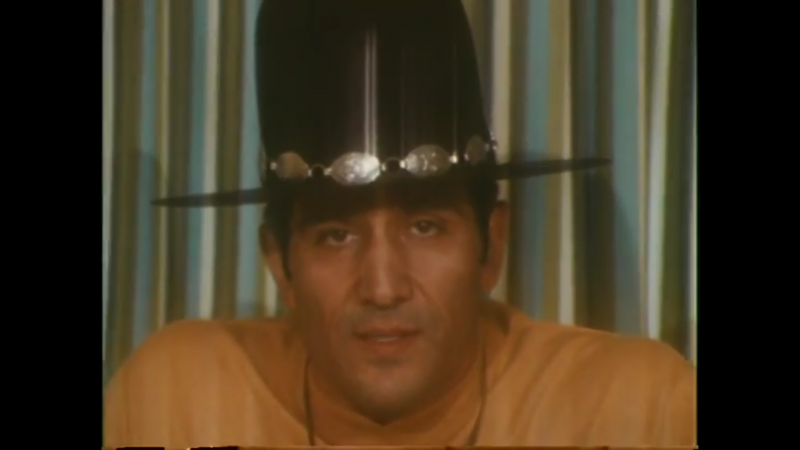 Screenshot of Lehman Brightman in a 1970 video clip at the University of Oregon. (YouTube)

A pioneer of Native American civil rights and activism passed away on Sunday, June 18, 2017 in Walnut Creek, California, ending a life of rebellion and struggle to claim a lost history.

Lehman Brightman, a Native American of Sioux and Creek origin, was born on the Cheyenne River Sioux Reservation in 1930. Brightman was a militant leader and organizer for the rights of Native Americans throughout the 1960’s and 70’s, and later taught sociology and history in the San Francisco Bay Area.

His passing, as well as his life and legacy, have received little coverage in the mainstream press—which in many ways reflects the reality of the Native American struggle for recognition and justice in the United States. But though these things are often relegated to footnote or back page, both Brightman’s life and the history of the Native American civil rights movement serve as a testament to the vitality and power of this passionate quest for justice.
Brightman often used the phrase, “Indian Power”, and believed that a militant tone was justified, given the long history of genocide and abuse suffered by Native Americans at the hands of the United States government. Brightman’s fiery language and take-no-prisoners attitude was reflected both in his rhetoric and in his actions, which brought a sense of strong leadership and dignity to Native Americans similar to that exercised by Malcolm X. Political correctness was never a focus for Brightman. Speaking to a crowd in 1969, Brightman proclaimed that “We call ourselves native American because we were given the name Indian by some dumb honky who thought he landed in India.”  But action was.

In the summer of 1968, Brightman formed the United Native Americans (UNA) in the San Francisco Bay Area. Brightman said he formed UNA “just to raise a little goddamn hell. And I raised a hell of a lot of hell.”

On November 20, 1969, Brightman was involved in the takeover of Alcatraz Island, starting a symbolic 19-month occupation to reclaim Native American land rights and organize a united front for a new movement. The occupation grew out of an increasing sense of urgency among Native Americans that radical action was the answer to years of neglect and repression by the federal government. Earlier, in August 1970, Brightman had led a group of activists in an occupation of Mount Rushmore.

This 1970 video covers the militant stance of Brightman and the groups he was involved with him. Footage of their actions captures the vibrancy and hope of the era, and contrasts sharply with the absurd narrative offered by the media coverage.In 1976, Brightman’s home was raided by the FBI after he harboured the American Indian Movement activist Dennis Banks, who was a fugitive at the time. The case received national attention and Brightman expressed no regrets for his actions, often retelling the story to his students as a professor.

Headline in the San Francisco Examiner featuring Brightman in 1976

I was one of those lucky enough to have taken a class with Brightman, who often colored his discussion of US history with his own accounts of serving during the Korean War, organizing during the 1960’s, and spoke frankly about the conduct of Federal Authorities.

The recent events at Standing Rock serve as a reminder that injustice against Native Americans remains an ever-present issue in the United States. Lehman Brightman’s refusal to accept complacency, as well as his generation's quest for dignity through direct action and change through confrontation, holds lessons for the present and future, particularly for communities of color and for people of the Third World.

This brief account cannot adequately do justice to Brightman or his tremendous legacy. I do hope, however, that it encourages those who were not aware of him to draw inspiration from his work, and from the extraordinary history of activism and resistance on the part of Native Americans in the United States.