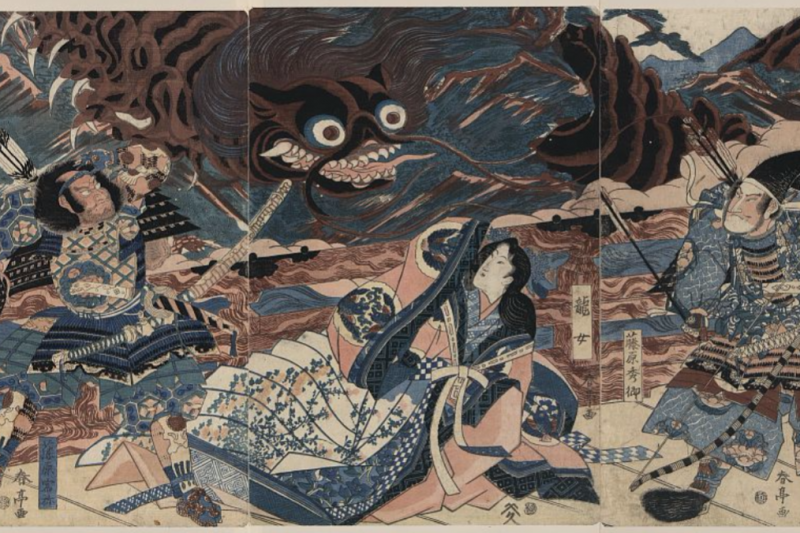 Detail from “The Warrior Fujiwara Hidesato Battling the Giant Centipede [1]” by woodblock artist Katsukawa, Shuntei, 1770-1820. The woodblock print is inspired by the folktale “My Lord Bag of Rice [2]” where warriors battle a giant centipede near the Seta Bridge at Lake Biwa in central Japan. Interpretation of image assisted by Matt Alt and Matthew Penney.

The United States Library of Congress has released nearly 2,500 woodblock prints into the public domain in its online collection “Fine Prints: Japanese, pre-1915.” [3]

The Library's Prints and Photographs Division online collection curates woodblock prints and drawings from two artistic traditions, Ukiyo-e [4] and Yokohama-e from the Edo (1600-1868) and Meiji (1868-1912) periods [5].

According to the Library of Congress, “The Japanese art of Ukiyo-e developed in the city of Edo (now Tokyo) during the Tokugawa or Edo Period (1600-1868), a relatively peaceful 250 years during which the Tokugawa shoguns ruled Japan and made Edo the shogunal seat of power.”

In terms of Yokohama-e, the Library of Congress notes that after new trade agreements with the West, Yokohama became a rapidly growing center of trade with the outside world starting in the 1850s:

For Japanese artists, the port city of Yokohama became an incubator for a new category of images that straddled convention and novelty. Building on methods of production and marketing established by Ukiyo-e artists and publishers, Edo print publishers began to send artists to Yokohama to sketch foreigners in situ. Bewhiskered men and crinoline-clad women were shown striding through the city, clambering on and off ships, riding horses, enjoying local entertainments, and interacting with an endless array of objects from goblets to locomotives.

The Library of Congress prints collection depicts a vast number of subjects including actors [6], women [7], landscapes [8], scenes from Japanese literature [9], daily life [10] in Japan, and views of Westerners in Japan [11].

Here are just a few examples of the Library of Congress collection: 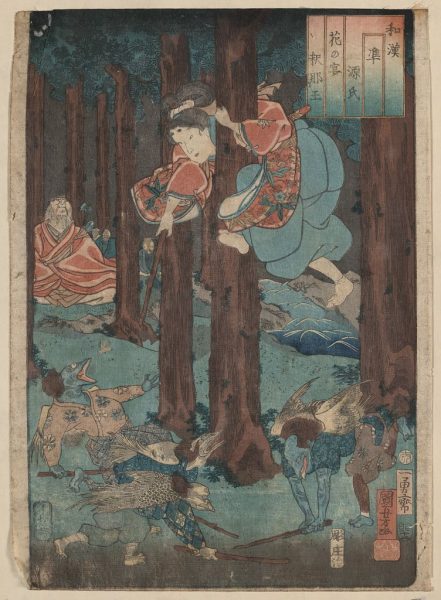 Description: “Hana noen shanaō” by Utagawa, Kuniyoshi, 1798-1861. “Print shows a person, possibly the warrior Ushiwakamaru (Minamoto no Yoshitomo) as a young man, climbing a tree and using a stick to taunt anthropomorphic creatures (goblins) who are picking up sticks to defend themselves; an old man is asleep against a tree in the background.” 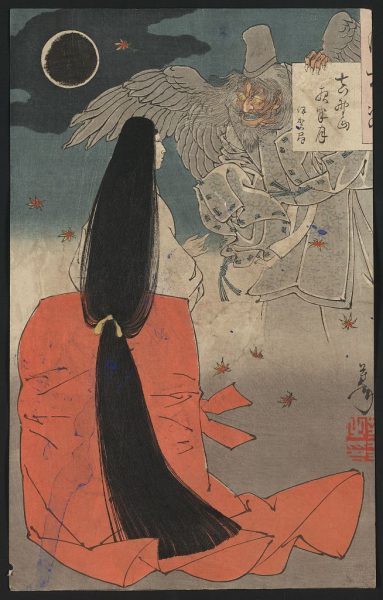 Description: “Night moon over Mount Manno” by Taiso Yoshitoshi, 1839-1892. “Print shows a demon-like wizard with wings and talons holding a piece of paper with writing on it before a woman with very long hair.” 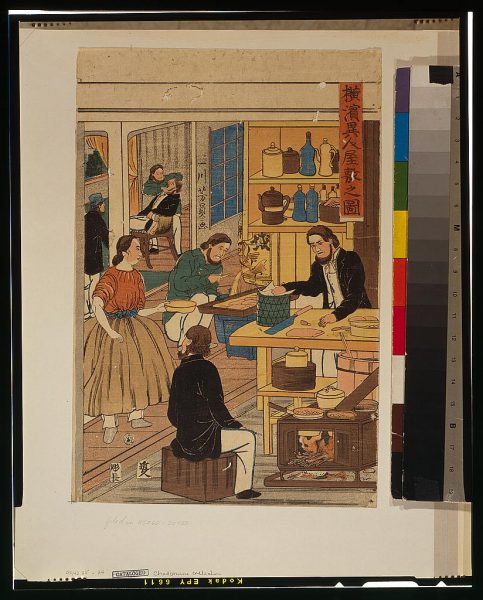 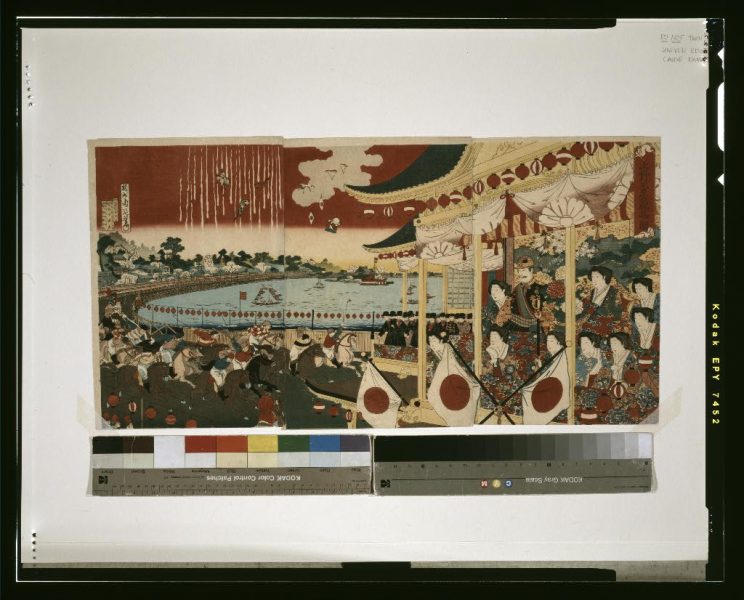 Description: “Horse race in Ueno Park, by Hashimoto, Chikanobu, 1838-1912 .”Japanese triptych print showing jockeys on horseback racing around a track surrounding a lake. A Japanese military officer and Japanese women view the race from an elaborately decorated grandstand. Animals and objects fall from the sky.” 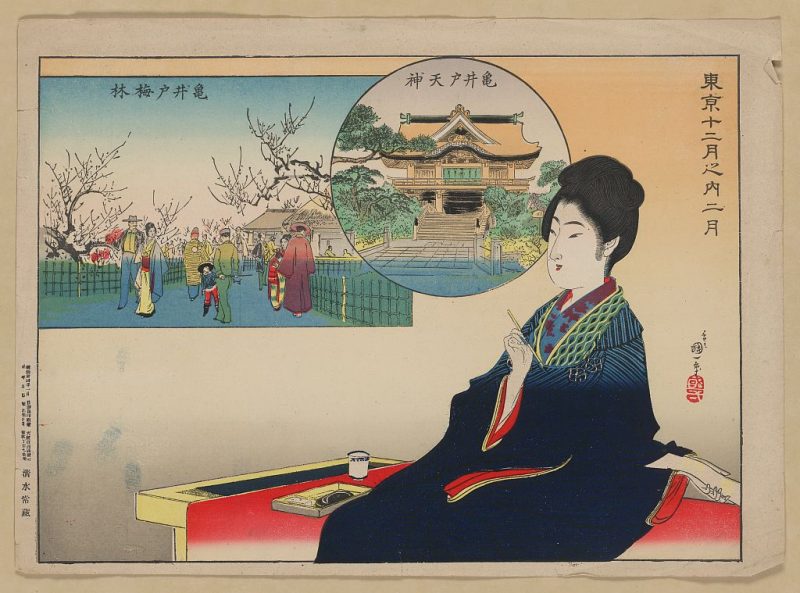 Description: “A woman writing about memories of places visited”. The work's creator is unknown.

The full collection can be viewed here [3].

According to the Library of Congress, there are no known restrictions on this collection [16], and reproduction is allowed by “fair use [17]“.