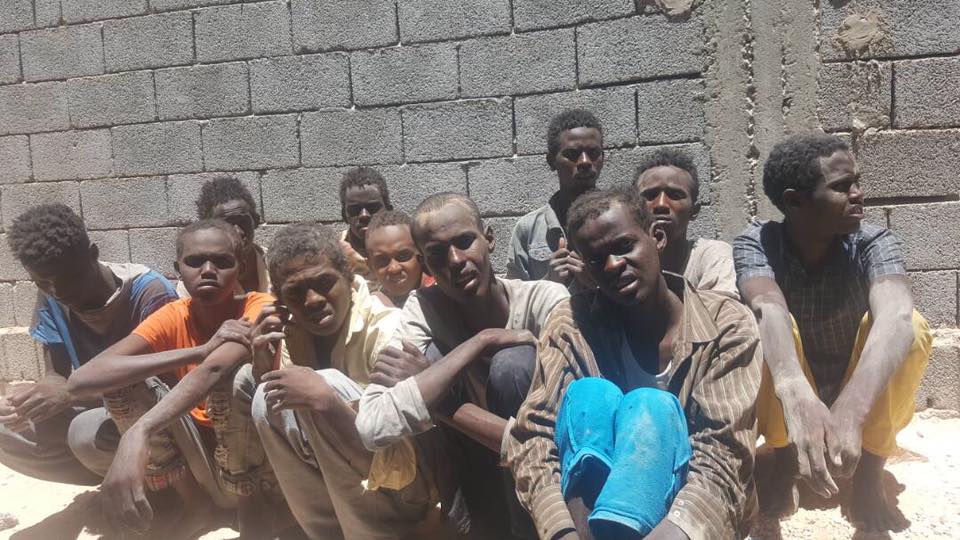 A group of Somali migrants in Libya. Photo by Salman Jamal used with permission.

In Somalia, a lack of job opportunities and civil war lead youth to risk their lives to travel from their homeland to Europe. They face abuse and exploitation by armed groups as well as smuggling networks operating in Libya, where many of the precarious boat journeys depart from.

Sumaya Jama, 15, is one such Somali. She decided to head to Europe, but recently fell into the hands of a group that demanded US $8,500 for her release. They filmed her with her hands and feet bound on the ground being whipped.

The video (link leads to disturbing content) soon went viral, and resulted in a fundraising campaign among the Somali community that collected nearly US $15,000 to free her.

Sumaya had been living with her mother in Dadaab, Kenya, the second largest refugee center in the world, before she tried to travel to Europe. Her mother, Nim’o Sultan, 48, said she was shocked to watch her daughter tortured on video. She told the author of this post, “I was in complete shock to see her video that I can’t even explain. Not one human being deserves to be treated that way regardless of what they did.”

At the moment Sumaya is in Libya; it is not yet clear if she will reunite with her mother in Dadaab or attempt once again to make it to Europe.

Following Sumaya’s release, the smugglers released more videos that show the abuse of three other Somalis. One of the disturbing videos is below:

Smugglers make ransom money by releasing torture videos of the refugees and migrants they hold. Salman Jamal, who reported Sumaya’s story and is a Universal Somali TV reporter based in Turkey, said the Somalis who appear in videos like this can’t afford their own ransom and need help to pay for their freedom. However, “most of the time the smugglers would do it just to show what they are capable of.”

Somali refugees don't always head to Europe, but there's danger in their journeys in other directions too. In March 2017, at least 42 Somalis were killed when an unknown helicopter fired on a boat carrying refugees off the coast of Yemen. They were travelling to Sudan.