With Economy Unravelling, What Awaits the Turkmen Regime? 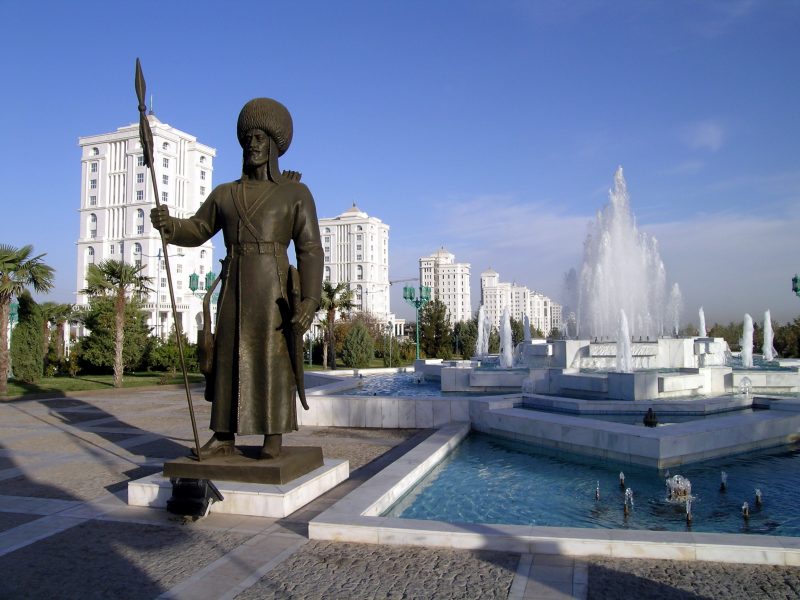 On June 7, Turkmenistan's all-powerful president ordered a stripping away of the generous subsidy system that gives local people a reason — asides form fear — to tolerate their grandstanding, totalitarian resource-rich government.

Citizens have enjoyed effectively free water, electricity and gas from the early days of independence from the Soviet Union. Now there will be no more freebies for citizens of the country with the world's fourth biggest gas reserves, behind only Qatar in reserves per capita.

The reason? An energy price-linked financial crisis, which has also seen the local manat currency sharply depreciate, the cost of imported foods and other goods spike and shortages pop up all over the economy.

This is the end for Turkmenistan. The crisis has reached the country. Now we’ll see the appearance of the Central Asian Venezuela.

Some of the parallels thrown up by Shishkin's comment are interesting to ponder.

Like Venezuela, Turkmenistan's economy is very undiversified, with hydrocarbons accounting for over 90% of both countries’ exports. Like Venezuelan President Nicolas Maduro, Turkmen President Gurbanguly Berdymukhamedov came to power following the death of a more charismatic predecessor. Finally, both Maduro and Berdymukhamedov have found their governments increasingly unable to meet the basic needs of their populations and pay wages on time as energy profits have shrunk.

Yet in other ways, the two countries are very different. While Venezuela has slid deeper and deeper into authoritarianism amid a profound economic, social and political crisis, Turkmenistan has long been a totalitarian state with rubber stamp political institutions and courts unworthy of the name. In Reporters Without Borders press freedom rankings Venezuela places 137th out of 180 countries, while Turkmenistan places 178th. The Central Asian country's internet is among the most restricted in the world.

With political opposition, independent sources of information and the civic space almost completely invisible in Turkmenistan, it seems unlikely that the Berdymukhamedov regime can be troubled by the sort of protests that have dogged the Maduro regime and seen it resort to brutal violence against protesters. The democratic institutions that Maduro has aggressively sought to erode in Venezuela, by dissolving and then weakening the national assembly dominated by opposition, and by stuffing the judiciary with loyalists, have simply never existed in Turkmenistan.

But that does not mean that the Turkmen regime does not have dark days ahead of it, as a nadir mostly of its own making continues to deepen.

Sharing responsibility for the country's economic malaise along with low oil and gas prices and systemic corruption is the Turkmen government's propensity to spend wastefully on vanity projects. A new falcon-shaped airport in Ashgabat set the government back more than $2 billion and is reportedly sinking into the ground. The Central Asian state is also spending billions of dollars on hosting a B-list sporting tournament, the 2017 Asian Indoor and Martial Arts Games, that it committed to before the oil price crisis began, with whole communities reportedly being forcibly displaced for the purpose of building infrastructure ahead of the games.

These projects — rather than state subsidies — are apparently the new priorities for a government that claims citizens are living in the era of “supreme happiness and the stable state.”

Writing on Facebook, Azerbaijani Rustam Musayev suggested that the extent of the economic downturn in the country means they will soon be living somewhere else entirely, joining millions of citizens from other Central Asian states earning a living abroad in order to feed their families.

I have never seen Turkmen migrant workers in Moscow. Now probably they also will appear here.