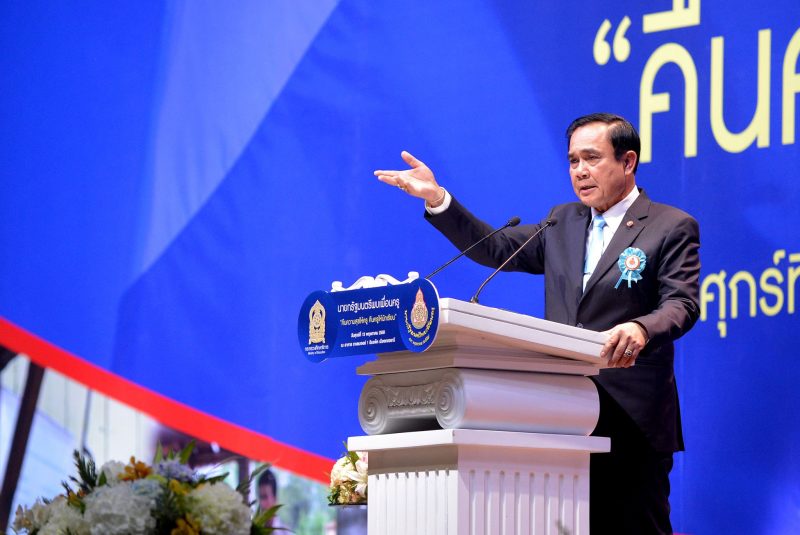 Prayut was the army chief who led the coup in 2014. He vowed that the military would restore civilian rule once political and electoral reforms were implemented. A constitution was approved in 2016 which laid the groundwork for the holding of elections but it was strongly criticized because it contained provisions that gave the military broad powers in the bureaucracy.

Below are the four questions listed by Prayut:

About 1,000 centers across the country were opened to receive responses from the people. The government is also thinking of doing the survey in malls in order to reach out to more people.

Leaders of political parties expressed concern about the real motives of Prayut in launching the unusual survey of public opinion. They are worried that Prayut could be softening the public towards the idea of extended military rule in the country. But Prayut supporters insisted that the junta leader is simply interested to learn the views of ordinary citizens, rather than paying attention to the loud voices of opposition politicians.

Thai PM Gen. Prayut drew flak for floating 4 leading questions on his weekly TV address that some see as finding a pretext to stay in power

Sunai Phasuk, Asia’s senior researcher of Human Rights Watch, is doubtful about the reliability of the survey:

Few will be brave enough to say they oppose prolonged military rule, repudiation of election results, strong-man rule, or even another military coup. Why? Because they understand expression of dissenting opinion is punishable under the orders of the ruling National Council for Peace and Order (NCPO).

NCPO is the name of the government established by the junta.

In the past three years, the junta has strictly regulated the media. It also used the Lese Majeste (anti-Royal Insult) law to arrest and prosecute individuals for criticizing the military dictatorship.

Are you aware that coup d’etats violate democratic and human rights principles?

If in the future, Thailand experiences another coup d’etat, will it be charged as a crime against the state?

Unionist Sriprai Nonsee urged Prayut and the military to return power to the people:

Coup d’etats to seize power from the people are unlawful. How, then, can a junta meet standards of good governance? When will you return power to the people, by restoring the right to vote and by revising the constitution—which should come from the people genuinely?