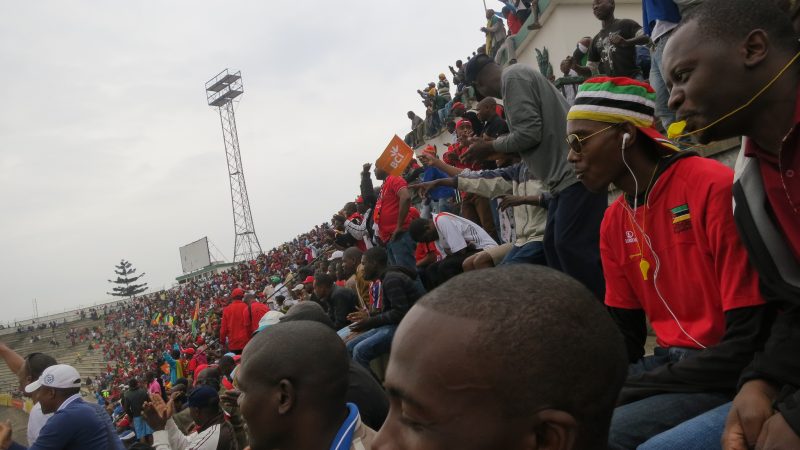 Police in Zambézia warn the population that bald men in Mozambique could be the target of attacks. Photo: Anders Bolin/Flickr, CC-BY-NC 2.0

A new phenomenon of kidnapping bald people for organ trafficking, reportedly for superstitious reasons, is worrying the police in Mozambique’s Zambézia province, whose government launched a series of operations to curb the practice.

At the beginning of June, three men were killed [2] in the district of Milange, a few kilometres from the Malawian border. One of the victims was found decapitated and with parts of his organs removed. Two men were arrested and subsequently admitted that the organs were to be used by witch doctors in Tanzania and Malawi.

The motive behind the killings is local superstitions which hold that the head of a bald man contains gold or can bring riches, a Zambézia’s police spokesperson told [3] the BBC. This is the first time bald men have been the subject of recorded attacks in Mozambique.

But there have been other instances in the country where killings motivated by dark magic have been reported, particularly affecting albino people. The situation became so dire that the United Nations was compelled to conduct a mission [4] in 2016 to investigate the practice in the Southeast African nation.

The persecution of people with albinism has been reported [5] in other countries in Southern Africa, in particular neighbouring Tanzania, where the government has been developing [6] campaigns to combat superstition and prejudice and arresting suspects.

In Mozambique, some people took to social media to discuss this latest attacks against bald men in the country.

Ukombe Weya [7], a resident of the city of Maputo, gave a warning to those intending to travel there.

Bald men in Mozambique are being targeted by ritual attacks, the Mozambican police warned, after the recent killing of three bald men for body parts. Two suspects were arrested in the central district of Milange, where the murders happened.

Hussene Algy Adamo [8], a student living in the city of Inhambane, in southern Mozambique, said that the local police were already dealing with the case:

PRM believes witch doctors are involved in the death of bald men.

The tracking and murder of bald individuals for the theft and sale of their organs, in Morrumbala district, Zambézia province, for presumed superstitious rituals, has cultural motivations and is ordered by traditional healers, the Police of the Republic of Mozambique (PRM) believes, which also indicates the existence of a belief that the victims have, in the head, some power which generates wealth. In recent days, three men with problems with baldness were killed in that part of the country.

Angela Ferreira Samantha [9] shared on Facebook a report by the blogger Armen Snaippa, who suggested that the issue is part of the larger social challenges affecting Mozambique:

I WOULD LIKE A MOZAMBIQUE WITH A SENSE OF SHAME

Despite the seriousness of the events, some did not miss the chance for a bit of macabre humor. Zenaida Machado, a researcher with Human Rights Watch in Angola and Mozambique, and an avid Twitter user, took to the platform to point out that the Morrumbala district chief Pedro Sapange and Zambezia police spokesman Inácio Dina were both bald.

Mozambican authorities are extremely worried about the ritual killings of bald people. 🙃 pic.twitter.com/SLBWgBGgEH [10]