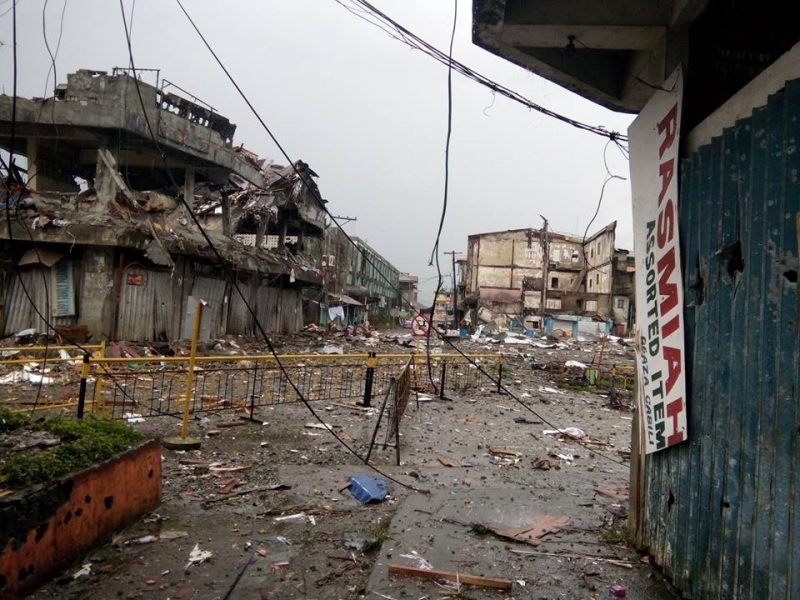 Destroyed buildings in the town proper of Marawi. Photo by Maulana Mamutuk, used with permission.

On 23 May 2017, a group with alleged links to ISIS attacked some parts of Marawi City in the southern Philippine island of Mindanao. In response, the government declared martial law in Mindanao to pursue the attackers and prevent the spread of ISIS in other towns.

The clash between the military and the militant group known as Maute forced the mass evacuation of Marawi residents. As of June 7, more than 46,000 families, or 220,000 persons, have been displaced from their homes. The government said it has provided 33 evacuation centers, but these could only shelter 18,000 persons.

After three weeks of being a battle zone, hundreds of houses and other buildings in Marawi were destroyed. The extent of the damage was revealed when rescuers, residents, and journalists uploaded photos and videos of Marawi’s town proper.

The Maute group is blamed for the destruction, but the military is also being held accountable because of its continuous airstrikes. The military claimed it is conducting ‘surgical bombing’ operations, but some residents said the air bombs are being dropped indiscriminately.

Marawi Mayor Majul Gandamra is saddened by the destruction in his city:

As of May 30, the government said 19 civilians were killed by terrorists.

It is ordinary civilians who are enduring the greatest suffering as the crisis continues to drag on. And even if the clashes end soon, rehabilitating Marawi is expected to be a more difficult task because of the destruction caused by the fighting between the military and the militants.

Below are photos and videos showing the situation in Marawi today: 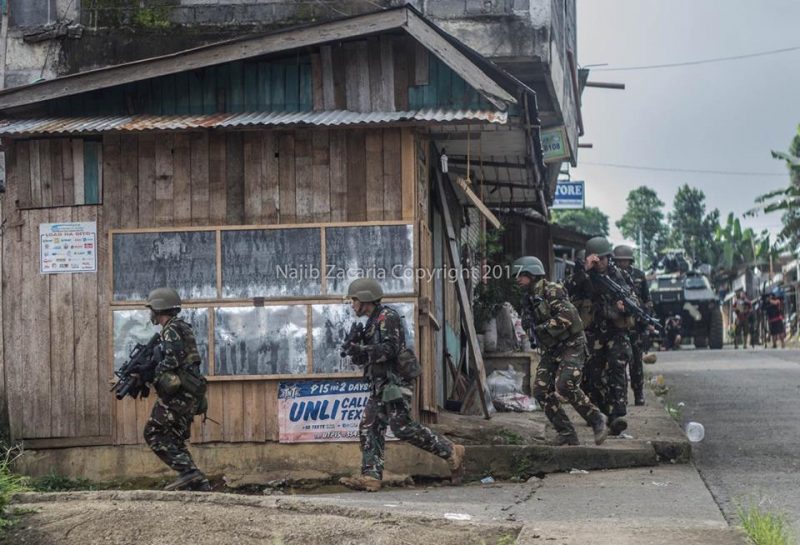 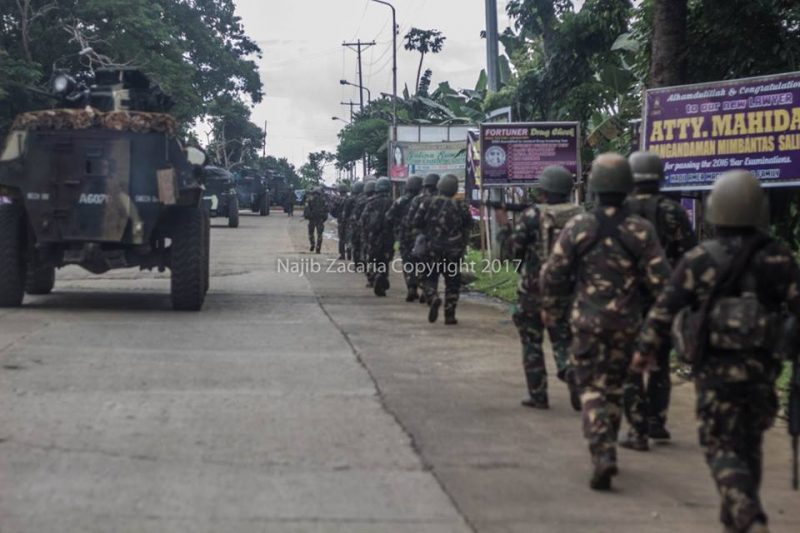 Tanks and soldiers deployed in Marawi to flush out the remaining members of the Maute group. Photo by Najib Zacaria, used with permission. 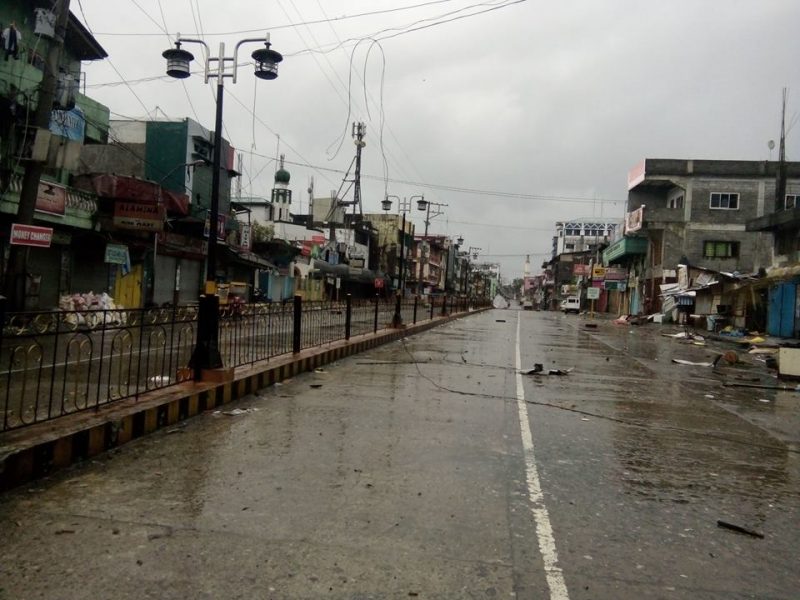 A deserted street in what used to be a busy intersection in Marawi. Photo by Maulana Mamutuk, used with permission. 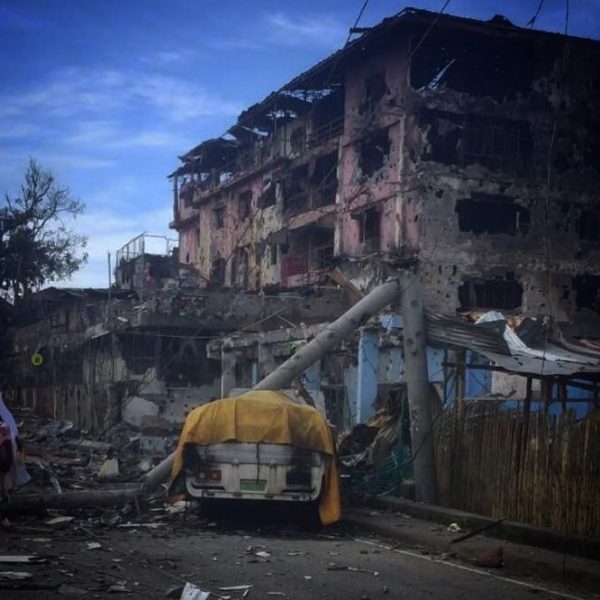 “This is not Aleppo. This is Marawi City,” wrote TV reporter Gerg Cahiles. Source: Facebook and Instagram 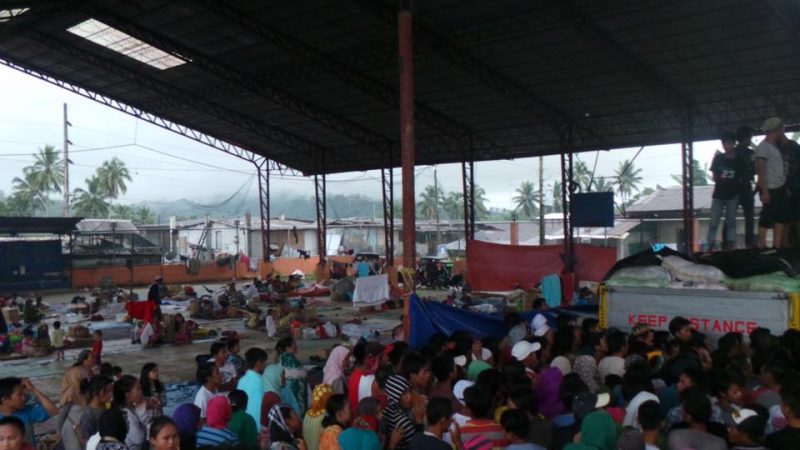 A covered court converted into a temporary evacuation center. Some residents are seen lining up to receive relief goods from the local government. Photo from the Facebook page of the Marawi City government.