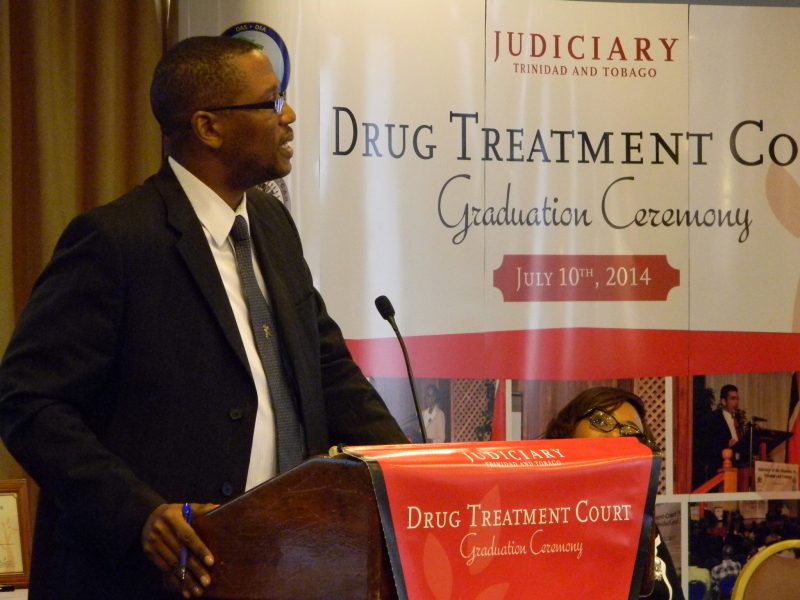 The imbroglio [2] between the Law Association of Trinidad and Tobago (LATT), Chief Justice Ivor Archie and the Judicial and Legal Service Commission (JLSC) continues to be fluid and fast-changing.

In one of the controversy's latest twists, Marcia Ayers-Caesar, the magistrate turned judicial appointee whose untended case load prompted a no-confidence vote [3] aimed at the chief justice, has revealed [4] that she “was put under pressure to resign”.

Her position was outlined in a letter to President Anthony Carmona, dated May 19, 2017, in which she asked him to acknowledge that her resignation letter is “of no legal effect” and her removal as a High Court judge “unlawful and unconstitutional”. Copies of the letter were sent to the chief justice and the JLSC.

According to Ayers-Caesar's timeline, on April 10, 2017 — two days before her High Court appointment — Archie asked whether she had any part-heard matters. On April 11, she learned that there were 28 outstanding matters at the Port of Spain Magistrates’ Court; she sent the list to Archie. Her appointment as a judge took place as planned on April 12.

Then, on April 25, she had a meeting with Archie and the acting chief magistrate, who advised her that she actually had 52 outstanding matters. In a meeting with the chief justice the very next day, Ayers-Caesar said that the question of the part-heard matters didn't come up — but the chief justice maintains [3] that Ayers-Caesar told him in a telephone conversation that “she had no other outstanding matters”.

On April 27, they met again and Archie informed her that the JLSC, at an emergency meeting, decided that the best thing for her to do would be to tender her resignation or have her appointment revoked.

Ayers-Caesar signed the resignation letter, saying she was “unable” to get legal advice before doing so. She also claimed that she was never afforded an opportunity to respond to the JLSC's allegations, and took issue with the chief justice referring [3] to her dismissal of 16 cases on March 22 “unusual”.

Although Section 137 of the country's Constitution [5] says that a judge can only be removed from office for an inability to perform duties or for misbehaviour, Ayers-Caesar does not consider that her actions fall under either of these categories. Further, she has taken the position of her legal counsel, attorney Ramesh Lawrence Maharaj, that her High Court jurisdiction would allow her to hear her outstanding cases in the Magistrates’ Court, saying, “I would expect that within the next few days, if the Judicial and Legal Services Commission agrees with this position, that I will be informed in writing of that agreement.”

Ayers-Caesar's promotion from the Magistracy to the High Court has left scores of prisoners in desperate positions, since their cases will now be further delayed [3].

As soon as the story broke in one of the daily newspapers, political commentator Rhoda Bharath was all over it on Twitter. She did not buy Ayers-Caesar's excuses about omitting information pertaining to her case load, nor that someone with enough legal experience to be appointed a High Court judge was coerced into signing a resignation letter:

Marcia say her workload and short notice is why she couldnt remember her full caseload, oui. #MarciaCovfefe [6]

Marcia say they show her the resignation letter, ask her if it ok and she said, “Whatever”. #MarciaCovfefe [6]

I get 2 points from Marcia Ayers-Caesar's letter.
1. The Honorable Chief Justice exercised diligence in enquiring into whether the Chief Magistrate had part heard matters and;
2. It will be difficult for Her Worship to prove that her resignation was not reasonably voluntary.

Meanwhile, more voices are joining the chorus [12] for the chief justice not to resign over the matter.

Civil society group Fixin’ T&T, though no fan of the chief justice as an influencer in the “desperately needed transformation of our judiciary”, and unimpressed with his “high handed, dismissive and arrogant response to this spectacle”, still advised Archie to “robustly resist ongoing attempts by the Law Association of Trinidad and Tobago (LATT) to force his demitting of office in the absence of a thorough, independent and transparent investigation into recent elevations to the High Court.”

LATT, it alleged, “has been a tool of specific political interests for quite some time”. Fixin’ T&T pulled no punches when it called the organisation's effort in this imbroglio “highly irresponsible” and “the single greatest threat” to the administration of justice.

On June 13, 2017, the country's prime minister, Dr. Keith Rowley, who has not been publicly commenting on the situation thus far, accused the opposition [13] of “identify[ing] the courts as a place to go, to create as much mayhem and disturbance as possible, to advance their political prospects”.

Is the screening process too slack?

In another development, thanks to a request made under the country's Freedom of Information Act (FOIA) by opposition United National Congress (UNC) Senator Wayne Sturge, the examination which formed part of the “robust” screening of judicial candidates by the JLSC has been released [14].

Though Ayers-Caesar produced the third highest score from among the successful applicants, the difficulty level of a few questions [15] raised some eyebrows [16]. Gerald Ramdeen, the controversial attorney [17] and UNC senator [18] who initially raised the issue of the assessment criteria for judges, said the test proves the JLSC is prepared “to copy questions from the internet and use that as the examination for persons who have applied for such positions”, adding, “It clearly demonstrates a lack of constitutional responsibility to the people of this country.”

SEA refers to the Secondary Entrance Assessment examination, which students sit when they are, on average, 11 years old.

If you wonder sometimes how the president of Trinidad and Tobago and the Chief Justice could have been High Court judges and still be hopelessly incompetent, wonder no more. It's all in the exam.

Journalist Kevin Baldeosingh countered that stance [24] in the comments thread, however, saying that they are “logic questions” and therefore good tests — especially since most people [25] might get them wrong.

The legal manoeuvres — and the public debate — will, no doubt, continue.