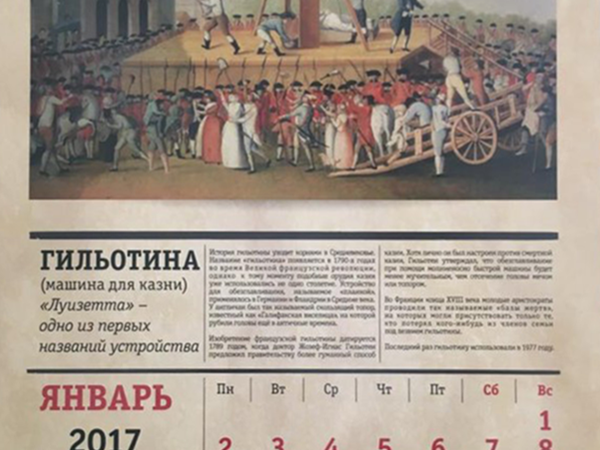 January is for guillotining

The moratorium on state executions in Russia doesn't seem to have stopped the country's prison service from celebrating the death penalty: on Monday, the website secretmag.ru posted photos of a calendar paying tribute to the death penalty that was allegedly published by Russia's Federal Penitentiary Service (FSIN) in January.

The calendar, entitled “The Highest Means of Social Justice,” features a different means of administering the death penalty each month. Secretmag.ru said the pictures it published had been posted on Facebook by Petr Yakovlev, an employee of the St. Petersburg division of Russia's Federal Antimonopoly Service.

Yakovlev told secretmag.ru that the calendar had been given out as a corporate New Year's gift.

Each month's means of execution includes a rendering of the deed and lengthy description of the history of the punishment. The calendar also has its fair share of death penalty jokes:

“The guillotine—the best remedy for dandruff”

“The death penalty would be a much more effective means of combatting criminality if it were applied before the crime.”

January features the guillotine, February is devoted to beheading, June describes impalement, and August highlights stoning. RuNet Echo was not able to locate the other 8 months of the year and their accompanying methods of execution. 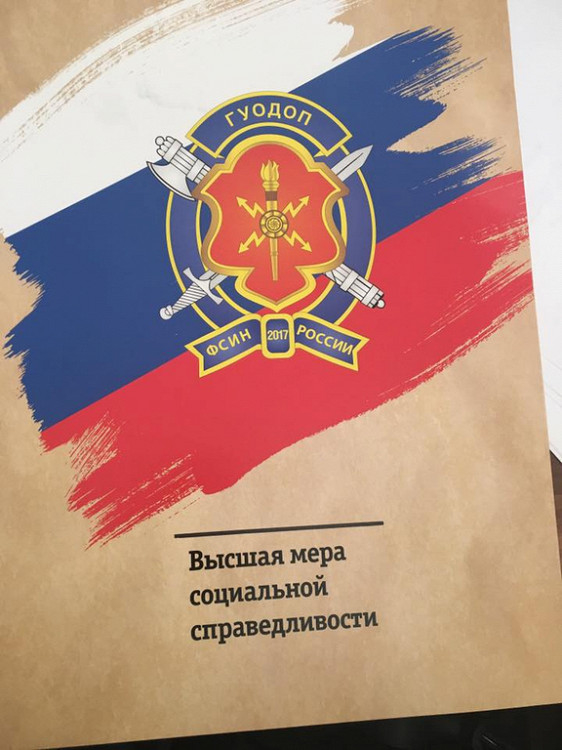 The cover of the “The Highest Means of Social Justice” calendar. 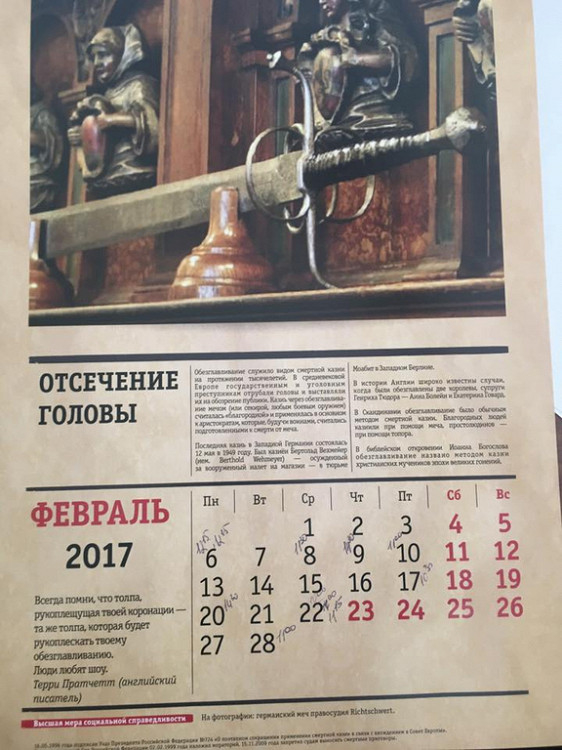 February is for decapitation 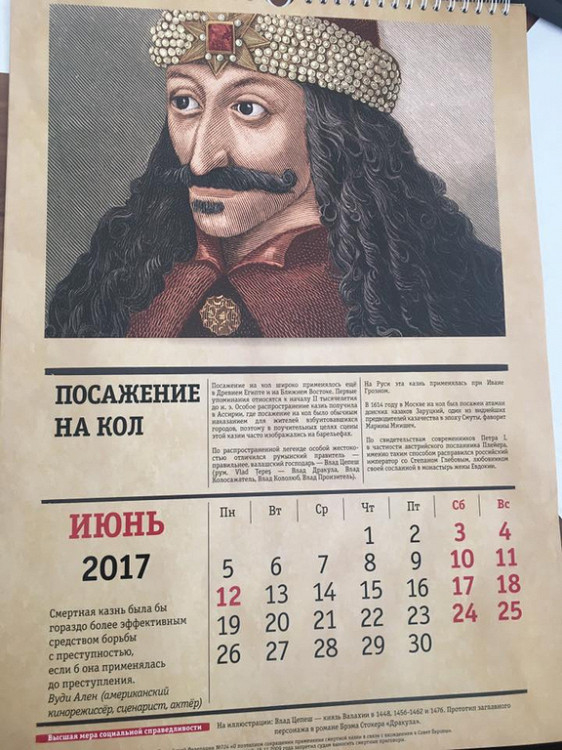 June is for impalement. 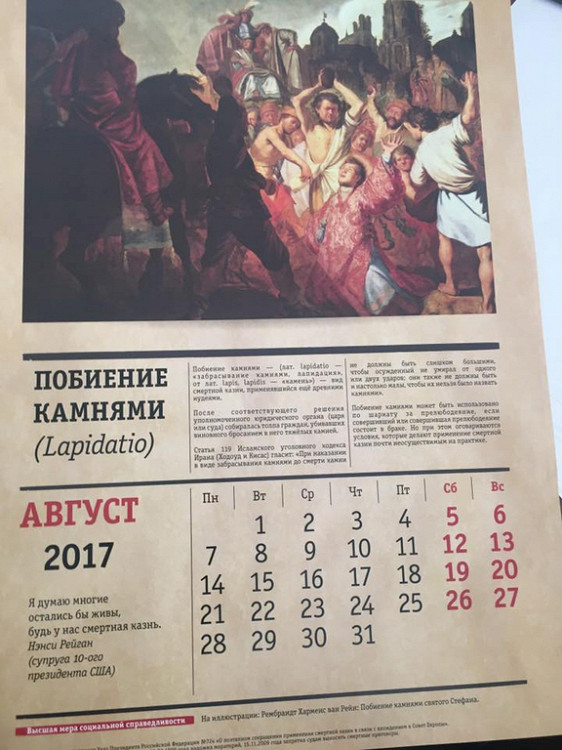 August is for stoning 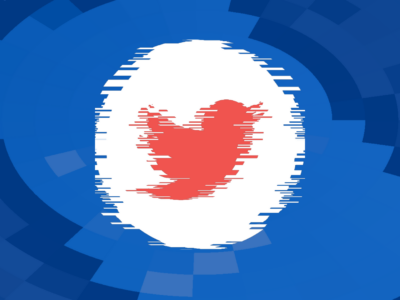