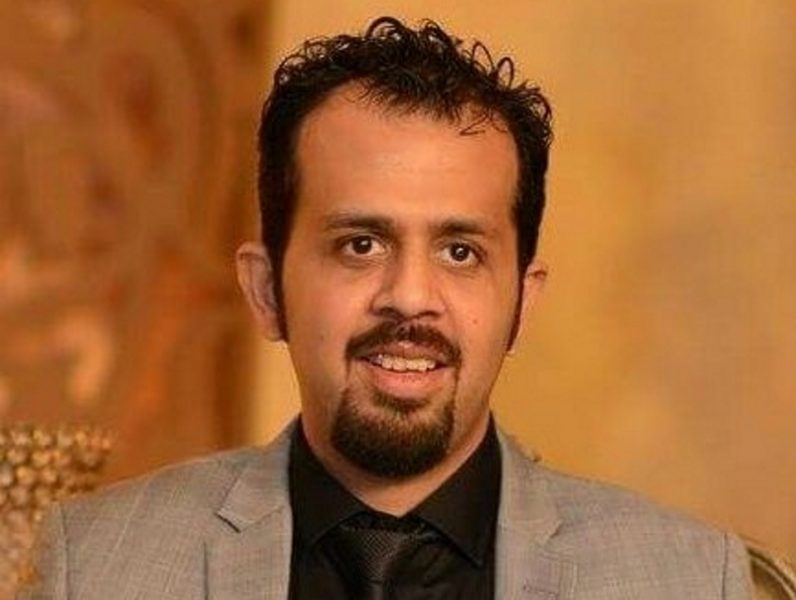 Journalist Taha Siddiqui is taking the Federal Investigation Agency to court over what he has described as efforts to “harass” and intimidate him. Photo courtesy: Siddiqui's Twitter account.

A Pakistani journalist is taking on the country's powerful Federal Investigation Agency (FIA) over what he has described as efforts to “harass” and intimidate him in response to his investigative reporting.

Taha Siddiqui, a young award-winning journalist, filed a petition under Article 199 of the Constitution in court alleging that the FIA had harassed him over the phone. He gave a public account of a call he received from the FIA, which left him worried not only about his own safety but also about that of his confidential sources:

Around 7pm on Thursday, 18th May 2007, I received a call from an unknown number. The person on the other end asked me if I was Taha Siddiqui, which I confirmed. He went on to introduce himself from the Counter-Terrorism Department of the Federal Investigation Agency (FIA) and asked me to appear before him at the FIA Headquarters for an interrogation.

After the phone call, Siddiqui filed a petition against the FIA to the Islamabad high court, an unprecedented move by a journalist.

Pakistan's FIA is a border control, counter-intelligence, and security agency that reports to the Ministry of Interior of Pakistan; its investigation jurisdiction includes terrorism, smuggling, espionage, federal crimes and under the recently passed cybercrime law it also deals with crimes committed on the internet.

This incident comes at a time when journalists, bloggers, and human rights defenders face routine threats from state and non-state actors. Pakistan has long been the most dangerous countries in the world for journalists. According to comprehensive data collected by Committee for Protection of Journalists, 88 journalists and media workers have been killed in Pakistan since 1992.

The violence extends to netizens as well. In the beginning of 2017, as many as five Pakistani activist-bloggers went missing, four of whom are known for their secular and left-leaning views. While four of the five have since returned to their families, activist Samar Abbas remains missing. Most of the five routinely criticized the military and spoke up openly about sectarian violence and terrorism in the country.

Siddiqui has covered terrorism, persecution of minorities, economic instability, corruption, and civil-military affairs for multiple foreign publications including the Guardian, New York Times, Christian Science Monitor and France24. He was awarded the Albert Londres Award — referred to as the French Pulitzer — in 2014 for his work on “La guerre de la polio” (“The Polio War”) for France 24. He currently serves as the bureau chief for World Is One News (WION).

Siddiqui also is an avid social media user and critic of the military. On Twitter, he has referred to the Pakistani army as “#PindiBoys“.  The city of Rawalpindi, often referred to as pindi, is the headquarters for the Inter-Services Intelligence (ISI) agency — the premier intelligence agency of Pakistan responsible for national security — and the term “pindi boys” is often used to refer to ISI officers.

In his petition to the court, Siddiqui explains that he was “reluctant to go to the FIA Headquarters” citing previous reports of journalists who had received similar calls:

[the] person who is to be interrogated sets out to the FIA Headquarters, he is either picked up and disappeared or detained illegally.

On May 24, 2017, the Islamabad high court ordered the FIA to refrain from harassing Siddiqui.

The petition Siddiqui filed with the court reveals details about the harassment he has faced. “It is inconceivable that the counterterrorism department of the FIA should be calling up a journalist who has nothing to do with terrorism and is a person of the pen,” the petition said. It continues: “The petitioner has noticed that plain-clothed persons have conspicuously been pointing at his house at which the petitioner has taken due precautions.” Siddiqui alleges that this has forced him to restrict his movements; an integral part of his job as a reporter.

Those who are deprived of the freedom of speech will knock the door of justice. This will be a test case for the courts. Asma Jahangir (lawyer of Taha Siddiqui)

Recently, the FIA identified dozens of “suspects” alleging they are involved in an “organized” campaign on social media against the country's military. Despite strong condemnations from opposition parties and netizens, Interior Minister Chaudry Nisar Ali Khan ordered the FIA to crack down on online criticism of the armed forces.

An FIA official told Reuters, “We have received a huge list of suspects, active against national institutions, but we have identified 18 out of over 200 social media activists. They are accused of spreading negative material against the army and other institutions.” Shortly after the statement, a list was circulated online containing names of several netizens. The authenticity of the list couldn't be confirmed and due to security concerns, we aren't linking to it.

‘Despite high court orders, FIA pursuing action against me’

Despite court orders, the FIA has continued to target Siddiqui by delivering a summons ordering the journalist to appear for questioning at its counter-terrorism department:

Despite high court orders, FIA pursuing action against me under counter terrorism saying i m “well aware of enquiry”. Just got served notice

He tweeted that social media users in the country are in constant fear:

Many friends have also confided tht seeing me go thru all wht i've had to has made thm self censor even more. Climate of fear persists

Journalists who have been critical of the military and intelligence agencies have faced threats, intimidation and physical harm in Pakistan, though these incidents are often underreported.

In April 2014, senior journalist Hamid Mir, a critic of the military and host of a popular TV-show “Capital Talk” on Geo TV, was shot several times by unknown gunmen in Karachi. Mir blamed the Inter-Services Intelligence (ISI) for the attack, and Geo TV repeatedly aired the picture of Zaheerul Islam, the then-head of ISI. The same year, another prominent liberal journalist Raza Rumi, known for criticizing the Taliban, narrowly escaped death in Lahore. His young driver was killed in the attack.

Umar Cheema, an investigative journalist and vocal critic of government practice, was picked up by intelligence agencies in 2010. There was no case filed against him. Cheema informed the Committee to Protect Journalists that he was tortured, humiliated and videotaped nude in comprised positions; he is the only journalist in Pakistan ever to go on record about being tortured in custody.

The Committee for Protection of Journalists has urged the FIA to stop harassing Siddiqui and respect the court order. A statement issued May 26 read:

The Human Rights Commission also published a detailed statement demanding an end to the crackdown on freedom of expression. Civil rights group Media for Democracy Pakistan called out authorities:

Gov categorically denied any intention to use #PECA2016 to crackdown on dissent. Yet, here we are. @TahaSSiddiqui https://t.co/ev9U0DHNBc

Civil rights group Freedom Network, which works on freedom of expression issues in Pakistan, condemned the FIA's targeting of Siddiqui:

Former Senator Afrasiab Khattak, from the Awami National Party, called out the hypocrisy of FIA's crackdown:

Hope the High Court takes FIA to task for violating its orders. Wish they are half that active against banned orgs and terrorists. https://t.co/DBgpCK4wto

Siddiqui's hearing has been postponed and he's currently awaiting the next date to be announced. The FIA has not provided any details to the court about their reasons for pursuing Siddiqui. Despite the situation, Siddiqui has vowed to continue his work and fight for the rights of reporters in the country. By taking this issue to the court, Siddiqui has taken a bold step to challenge state agencies involved in curbing freedom of expression and harassing journalists who are simply doing their job by speaking truth to power.

My aim was & will remain to continue to report & comment abt #pindiboys even tho many advise restraint. Urge all of u to not b silenced too

I feel I m being targeted for reporting abt army w/out selfcensorship. Freedom of speech not crime but democratic right. I'll not b silenced