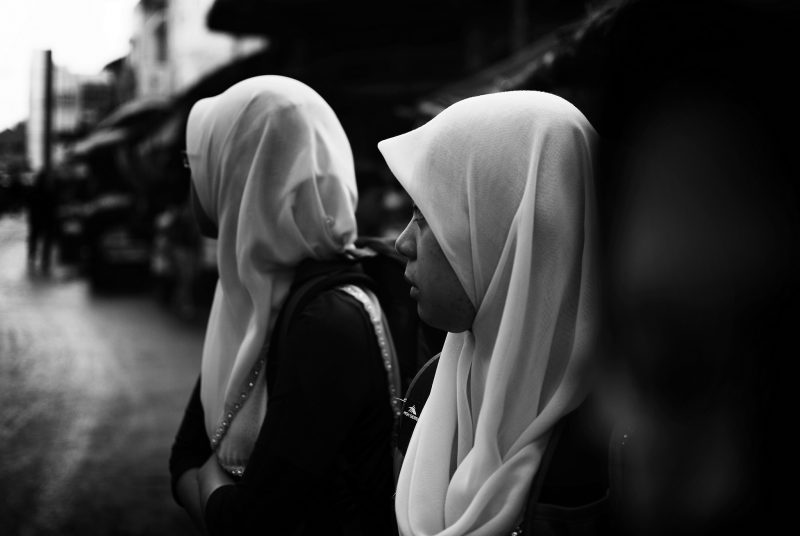 One of Trinidad and Tobago's most popular and irreverent newspaper columnists was fired shortly after a relatively unpopular Muslim hardliner criticised a piece he penned about the “economics” of the hijab, or head covering worn by some Muslim women.

It is unclear if the two events are related. But the conversation quickly turned to one between two outspoken men with strong opinions on how women should dress in public.

Kevin Baldeosingh wrote the column after a single mother, who happened to be Muslim, was denied a job at The National Maintenance Training and Security Company Limited (a state enterprise known by its acronym, MTS), ostensibly because she was wearing a hijab. “The economic approach holds that human beings are rational agents, meaning that people seek to attain their goals using the most effective means available in order to maximise their self-interest,” Baldeosingh wrote. He went on to ask why — after the woman explained that she was seeking employment in order to support her two children — she didn't simply remove her hijab in order to get the job:

Applying the economics perspective, the answer would be that she believes she benefits more from wearing the hijab than she would from compromising her religious identity in order to earn money.

That line didn't go down too well with Umar Abdulah, the leader of a small organisation called the Islamic Front. He complained to Trinidad's local daily Guardian newspaper (where Baldeosingh's column ran), arguing that this was tantamount to asserting that “all women should strip themselves and compromise their true worth in order to get a job in this country. This is synonymous with prostitution.”

Islamic Front's Abdullah, who called for the sacking of both Baldeosingh and two members of the screening committee at MTS, is a controversial figure in Trinidad and Tobago. Abdullah has a reputation as a Muslim hardliner and a fierce critic of US policy; most of the 6% of Trinidad's population that identifies with being Muslim, doesn't feel that he speaks for them. Though Abdullah says he has turned over a new leaf in life, he wrote a newsletter supporting Osama bin Laden thirteen years ago and is still actively monitored by Trinidad special intelligence.

In his own defense, Baldeosingh countered, “The entire column makes the point that, rather than being a symbol of repression, Muslim women who choose to wear the hijab do so for cogent and rational reasons. It appears that Mr Umar Abdulah either does not understand this, or is pretending to not understand it.”

Nevertheless, Baldeosingh was subsequently fired, though it cannot be confirmed whether it was as a direct result of the “Hijabnomics” column. However, his termination compounded the effect of men hijacking the conversation. What should really have been about a Muslim woman's experience turned into — for the most part — a debate about free speech.

However, one Muslim woman, Alana Abdool, wrote a letter to the editor of the popular news site Wired868, which suspected that “somewhere in the midst of this dust-up in a telephone booth remains a topic that has not been properly addressed at all.” Abdool artfully redirected the narrative in one fell swoop:

Clearly, Muslim women—hijabis or not—can think for themselves. Evidently, Aisha Sabur didn’t feel she wanted to remove her hijab. Is Abdullah suggesting that she has that right but does not have the right to do the opposite? Does he believe that hijabis’ understanding of the concept of hijab is either fundamentally very weak or non-existent?

If not, why did he feel the need to make the statement at all?

If a woman chooses to remove her hijab or chooses not to wear it at all because it doesn’t align with her understanding or her beliefs, does that make exposing herself “prostitution?” If she doesn’t believe in wearing the hijab, is it prostitution because people like Abdullah believe in the necessity of wearing the hijab?

In a separate post, she deconstructed why Baldeosingh may have focused on the erasure of nuances of the Muslim identity:

In his and the Guardian Editor’s all-consuming desire to ensure that his message would reach the Islamists who are his real target—reckless of insensitivity and eschewing subtlety—a decision was taken to publish this piece on the Eid holiday.

We, the right thinking, law-abiding Muslims, need to be introspective and critical at the same time as we engage Kevin Baldeosingh and others of his ilk in dialogue with a view to making them understand that, in matters concerning the social and political aspects of our religion, we, the pure, authentic Muslims, are capable of intellectual autonomy.

If we, the right-thinking, law-abiding Muslims, cannot through our behaviour, through our scholarship and through our relations with non-Muslims express what Islam really is, then the Islamists will define it for us.

She also talked about the “significant differences” in what actually constitutes a hijab:

As a child, I saw Muslim women walking into different masajid with shawls loosely draped over their heads, sometimes slipping back to reveal half their heads. This ‘halfway hijab’ would, depending on the masjid you entered, see you getting the cold shoulder.

And there were also those women who either wore lipstick or wore a shade of lipstick that was a tad too bright or wore bangles that jingled or wore nails that suggested that they may have had them manicured. All such women ran the risk of finding themselves consigned to the dreaded category of ‘feminist hijabi’.

And there was yet another group who, most notoriously, dared to walk into the masjid hall wearing no hijab at all. This group is nowadays small enough to be considered non-existent but the segregation of and discrimination against the ‘lesser hijabs’ is alive.

As a hijab wearer herself, Abdool's observations were quite astute:

Now that I have put on the hijab, what I find particularly interesting are the statements of non-Muslims about what constitutes proper hijab. My impression is that they are heavily influenced by their familiarity with the now more widely propagated description of the ‘greater hijabs’.

There has to be alignment, they stress, between your inner conviction, belief and understanding and the individual external display of your interpretation of hijab. In other words, it’s all or nothing; if you can’t do it properly, then don’t do it at all.

But that still leaves intact the mystery of Abdullah’s thinking. According to him, since there can be no independence of inner intention and outward expression and since the locus of protection of all things immodest is the hijab, then the slightest departure from modesty constitutes prostitution.

So I am left to wonder what specific observations Abdullah has made that lead him to believe that inadequacies in hijab provoke the categorization of prostitution.

And I feel compelled to ask this question: What would be the ‘greatest hijab'?

That question, according to Abdool, should be for every Muslim woman to decide for herself, rather than having her voice — and experience — appropriated by men.