To Resign or Not: Two Attorneys Make Their Case on the ‘No Confidence’ Vote Against Trinidad & Tobago's Chief Justice 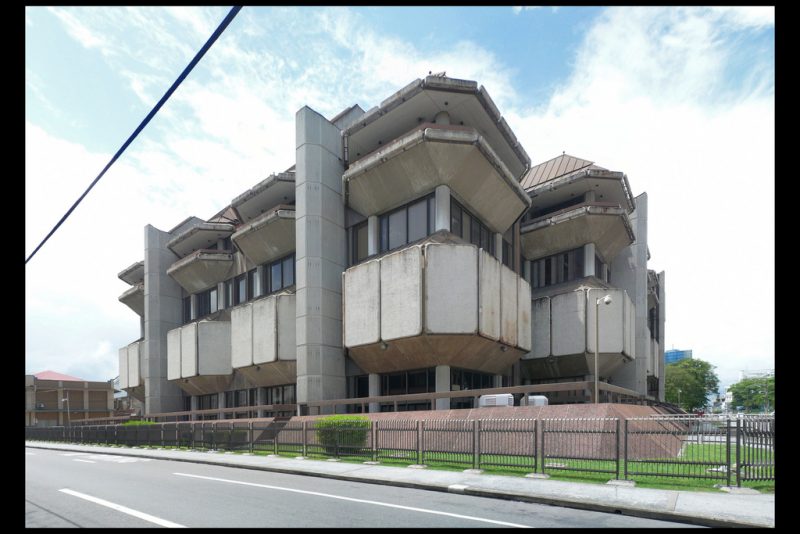 Online discussion about the Law Association of Trinidad and Tobago's (LATT) vote of no confidence against Chief Justice Ivor Archie continues. Is calling for Archie's resignation justified or overhyped? Would his exit be a help or a hindrance to accountability? Depends on who you ask.

Senior Counsel Martin Daly has been one of the most outspoken voices on the controversy underpinning the vote — the bungling of the appointment of Marcia Ayers-Caesar to the High Court. Ayers-Caesar, who was previously chief magistrate, had left behind a significant unfinished case load, which has compromised the ability of scores of prisoners to get justice in a timely manner.

In a weekend post on the candid Wired868 news site, Daly put forward his rationale for why both Archie and members of the Judicial and Legal Service Commission (JLSC) — which advises the president on the appointment of judges — should resign over the matter. Daly has repeatedly called the no confidence vote “a key moment in the pursuit of accountability by public officials”. He explained:

When its acts and omissions were first subjected to legitimate inquiries, the JLSC was utterly dismissive. […] More offensively the JLSC never once acknowledged that it had even a share of responsibility for the now notorious debacle of 53 part heard cases having to be started over. […]

That wrong and strong attitude has destroyed the public trust and confidence in the JLSC and has resulted in the overwhelming passage of the resolutions of no confidence and call to resign. The Chief Justice and the other members of the JLSC as a result, have lost their moral authority to a degree that they have lost their legitimacy to exercise the constitutional authority entrusted to them.

Attorney Justin Phelps — who boycotted the no confidence vote on the grounds that, the chief justice not even being a member of the law association, it was not legitimate LATT business — called Daly's post “the best of the arguments FOR the resignation of the CJ [chief justice] that you will find amongst the flood of such calls.” However, he still believed “the factual basis for this call for a resignation is slim – despite its hype level”:

What does it allege against him and is it right in its conclusions? The allegation I find in here is failure to do adequate background checks on Caesar-Ayers and a lack of humility in responding to calls for answers. The first was corrected by the JLSC by revoking the appointment, and issuing a statement explaining why. There was also a statement from Ayers-Caesar which accepted responsibility and which she has never publicly disavowed. The second assertion about the lack of humility in replying is not a reason for removing a CJ, or an argument that he lacks transparency or accountability. It might be a reason not to like him- but that's irrelevant.

What is missing from the discussion is what cannot be disputed: there are ancient and very good reasons for securing the office of the CJ from intimidation and politicization. His tenure has to be protected so that he can maintain the body which acts as a final check on the exercise of executive power. No one is mentioning that and that is unfortunate- because it would help the public measure the extent of the alleged transgressions of the CJ. Instead key-words like accountability and transparency are being used to justify the ruin of the arm of government that ensures that the executive is transparent and accountable.

On the question of legitimacy, Phelps countered:

It's incorrect to suggest that the CJ (JLSC)'s ‘legitimacy’ has been lost. The CJ has not lost the ‘moral authority’ to perform its functions because of the vote any more than a government loses the moral authority or legitimacy to tax because a portion of the country sign a petition of no confidence in the government. If our institutions are that fickle we would not be able to maintain law and order.

Daly's article maintained, however, that “lack of diligence and of accountability are quite different matters and not to be confused—as some have attempted to do—with impeachment on the ground of misbehaviour under the Constitution”:

The loss of confidence and legitimacy of the JLSC guarantees, if they cling on to office, that any appointments they purport to recommend in the future will be under a cloud and the legitimacy of the appointees will be seriously infected. […]

Another fallout of this debacle is a further painful questioning by the man in the street whether we can be the ultimate guardians of our legal affairs.

The legal profession is in error if it thinks its vote represents ‘public opinion’ so wide to remove the authority or legitimacy of a democratic institution. Public opinion is very important- but here, that opinion is being shaped NOT by the conduct of the CJ but by the relentless and highly publicized calls by a few for him to go. Ironically- his detractors are CREATING the lack of trust that they claim is the reason he should go.

Whether he will go is another matter entirely, and doesn't seem likely. It is a very tricky business getting rid of a chief justice. The process of removal must involve an independent investigation. The constitution says that a chief justice can be removed “only for inability to perform the functions of his office […] or for misbehaviour”, neither of which appears to apply in this instance.

Phelps explained it this way:

There's a reason why Section 137 [on the removal from office of a judge] sets the standard high for removal of a CJ- and it's for the very reason that the judiciary is afforded a high level of protection in order for democracy to work. The same point that is missing from the discussion. If there's any merit in this perspective, then maybe Archie has a duty NOT TO RESIGN in order to protect the legitimacy and moral authority of our judiciary.