An Exiled Tycoon Rattles China's Politics With His Corruption Exposés 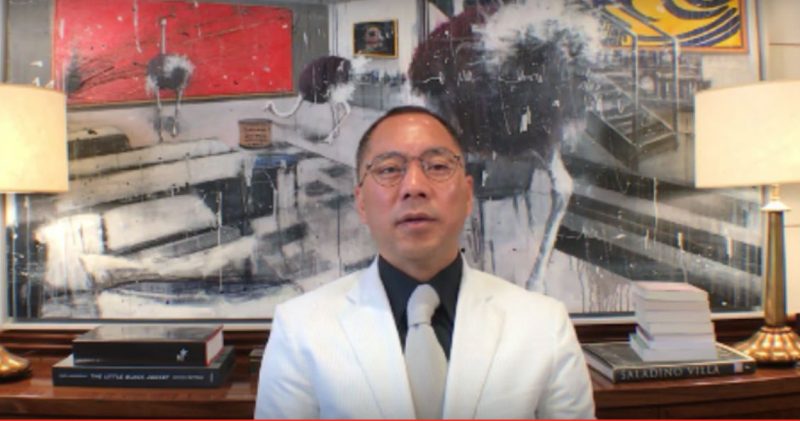 Exiled Chinese tycoon, Guo Wengui, who is now residing in New York, has rocked Chinese politics for months by claiming to expose the corrupt lifestyle of high-ranking Communist Party officials. Guo made the allegations ahead of the looming transition in the standing committee of the party's politburo.

Guo, a billionaire who claimed to have worked closely with the Chinese secret police on overseas operations for years, left China in 2013. In January 2015, China arrested the government's spy head Ma Jian on suspicion of corruption. Soon after prominent economic news outlet Caixin published an investigative report on Guo and his association with Ma Jian, suggesting that his success in business has been backed by the secret police. In return, Guo accused Caixin's chief editor Hu Shuli of extortion.

Guo opened his Twitter account in early 2017 and started revealing details of the corrupt practices of government officials including those with hidden wealth outside China. By end of May, Guo had 225,000 followers on Twitter.

Guo has explained that his intentions are personal: reclaim his money and life, as well as retaliate against those who persecuted him. He has put forward seven principles for his personal campaign:

Chinese Twitter users are divided over Guo's motivations. Some believe once Guo is able to negotiate with the Chinese Communist Party (CCP) to unfreeze his assets, he will happily work with the party again. For example, @liushui1989 said:

For those who support Guo the liar, please understand that Guo is “against the corrupt, not the emperor”. His intention is to make a deal with the ruler — reclaim his money, life, and retaliate — not work for the sake of social progress and democracy. He has transformed himself from a criminal into a hero, manipulating public opinion and evidence of corruption as a negotiating chip. He will destroy all the beautiful hearts in his deal. All his supporters will turn into bullets and ashes. And they are helping the villain rather than the weak.

Yet many also believe that as an insider of the political system, Guo's revelations of the internal power struggle and corruption in the top bureaucracy can shake up the political status quo.

‘An egg who dared to crash the wall’

Among those accused by Guo of being corrupt is Fu Zhenghua, China’s executive deputy minister of public security. In response, the Ministry of Public Security’s social media account released a video confession of Ma Jian accusing Guo of bribing him with RMB 60 million yuan (approximately US $8.72 million).

Guo issued a rejoinder by appearing in a live interview with US government-funded news outlet Voice of America on April 19, which he described as a “nuclear bomb” about Chinese politics.

However, the Voice of America interview was abruptly cut short with an alleged order from its director Amanda Bennett, who said Chinese officials that Guo named must be given an opportunity to respond “in advance” to any accusations of corruption.

Hours before Guo's interview was scheduled, China had asked Interpol to put out a global warrant for his arrest. Many Chinese believe Beijing was behind Voice of America's decision. Below is a typical criticism of the Voice of America (VOA) incident on Twitter:

Balanced news is just an excuse. The reality is that [VOA's leader] dares not offend the CCP and had submitted to its pressure. Balanced news is to let both parties express their views in full, not to edit the original expression. Should [VOA] take away the other side's opportunity to speak out in the name of balanced news because CCP refuses to respond? Disclaimer is a form of balance in legal term. But we should thank VOA for its malicious act. Now the whole world knows that the CCP is really scared of Guo Wengui, an egg who dared to crash the wall [meaning political system].

Guo's wife and daughter, who were previously barred from leaving China, visited Guo in New York in mid-May after he had kept low profile for a month.

But the reunion has not stopped Guo from making further allegations on Twitter.

Notably, Guo’s posted a series of photos and shareholding charts on his YouTube and Twitter accounts, identifying relatives of China’s anti-graft czar, Wang Qishan, who allegedly has secret shares in the HNA Group, a prominent aviation conglomerate which went on a global acquisition spree, including the Hilton, aside from owning massive wealth offshore. Guo also accused Wang of having illegitimate children and owning many overseas properties; according to Guo, his family wealth could allegedly reach 2 trillion yuan (approximately US $300 billion).

The 19th National Congress of the CCP will be held in Beijing in the autumn of 2017, and there are speculations that 69-year-old Wang Qishan will remain a key figure in the standing committee of the party's politburo.

News and information about Guo are strictly censored in China, though official media outlets have published stories accusing Guo of bribery, fraud, and rape. However, the comment sections on these news websites have been disabled.

Meanwhile, Chinese tycoon Pan Shiyi, whose name has also appeared in Guo's allegations, responded with an open letter accusing Guo of working with the secret police in building his business empire.

Both Pan Shiyi and Hu Shuli have filed documents in the United States to sue Guo for libel. Opinions are also split over the legal action.

Some believe that Pan and Hu represent Wang Qishan in the internal political power struggle. Others believe the legal action will help reveal more information about corruption in government.

The government's anti-graft campaign ‘has endangered the whole country’

The allegation against Wang Qishan has attracted hundreds of thousands of Chinese netizens flocking to Guo’s YouTube and Twitter accounts to express their support for him. Many of his commenters have slammed the party’s corrupt top leaders as traitors and called for China’s network firewall to be dismantled so more Chinese will have access to the “truth”.

Others have urged Guo to put aside his personal interests and work to change the political system because only rule of law and democracy can protect individual rights.

Really, Bro Guo, don’t overestimate the impact of your revelations, even such explosive information relating to China’s top leader. Chinese people have become so numb to politics that they will just be onlookers unless their own interests are involved. Remember Lu Xun's depiction of how Chinese people reacted to pubic execution, they just consumed the bloody scene as onlookers. So the top priority should be pulling down the wall [meaning the political system].

The power struggle between Jiang [Zemin, a now-retired top leader of the CCP from 1989 until 2003)] and Xi [Jinping] is that the latter has accused Jiang and his faction for all the wrongdoings and glorified the anti-graft campaign under the leadership of Xi and Wang. They want to take power from Jiang and his faction using anti-graft as the pretext to gain public support. Guo Wengui's revelations have denounced the anti-graft campaign, revealing to the public how the campaign has destroyed the rule of law, stood upon human rights. It is a fake anti-graft campaign aimed at robbing money [from one political camp] and the campaign has endangered the whole country, intoxicating the people and deterring the reform of rule of law and democracy.

Bao Tong, 85-year-old former CCP official who has been in exile since the 1989 Tiananmen pro-democracy movement, expressed his support for Guo Wengui (via reporter Gao Yu's Twitter) because Guo has put forward a new agenda for Chinese political transformation:

Some said that Guo Wenguo is a billionaire within the current system and hence he is not clean. My answer is that Guo is the same as me. He was a billionaire inside the system, and Bao Tong was a high ranking official inside the system… As a billionaire, he understands the relationship between the rise of China and corruption… Guo's demand is against illegal criminal acts, he keeps talking about his position against using illegal means in anti-graft, this point alone has opened up my horizon. I have learned that we can study China from its “red” tradition as well as from its “black” [criminal and illegal] tradition. [The system] can be darker than the triad society…