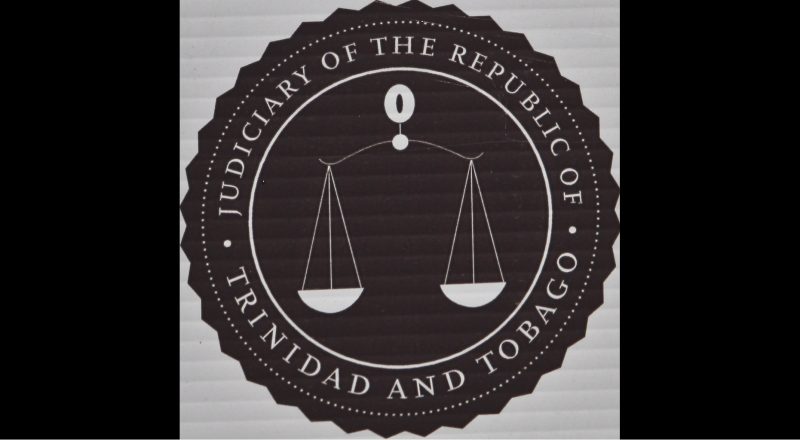 Judiciary of the Republic of Trinidad and Tobago. Image by Mark Morgan, CC BY 2.0

In one of the largest turnouts ever, members of professional organisation Law Association of Trinidad and Tobago (LATT) met on the night of June 2, 2017 and passed a motion of no confidence [2] against the country's chief justice, Ivor Archie [3].

The JLSC is an independent service commission established under Section 110 of the country's Constitution [4]. It enjoys, among other things, the authority to advise the president on the appointment of judges (other than the chief justice), to discipline those holding high legal office, and even to revoke such appointments.

LATT members who voted in favour of passing the resolutions were, in most instances, double those who voted against. One of the country's most respected Senior Counsels [5], Martin Daly, interpreted the vote — which was mostly a symbolic move, as the chief justice is not a LATT member — as “a watershed moment for accountability”.

A High Court appointment creates delays in justice for prisoners

The whole to-do [6] started back in April 2017, after the JLSC announced the appointment of several new judges to the High Court, including Marcia Ayers-Caesar, the country’s first female chief magistrate.

Despite the hearty welcome Ayers-Caesar received [7], things quickly unravelled when it was revealed that she had failed to declare a backlog of unresolved cases to the commission. Several people charged with crimes who were imprisoned while awaiting trial before her created a disturbance [8] in the cellblock area of a courthouse when they were told that her appointment to the High Court would result in their matters being delayed.

Trinidad and Tobago's justice system is already beleaguered, with defendants often being held in remand for years without having their cases heard.

Ayers-Caesar subsequently resigned [9], but the fallout has been immense. On April 27, in an effort to contain the damage [10] to the JLSC's reputation, the chief justice — who chairs the body — issued a press statement responding [9] to Ayers-Caesar's admission, in which he said she “failed to manage the transition from the magistracy to the High Court in a way which ensured that undue hardship was not placed on stakeholders”. He added that both he and the JLSC “were not made aware of the full extent of her obligation” before she was sworn in as a judge.

When the court of public opinion did not buy into the premise that the JLSC was unaware of Ayers-Caesar's unfinished case load, the chief justice provided a second statement, in which he maintained that the magistrate told him in a telephone conversation that “she had no other outstanding matters”.

‘It could seriously erode public confidence in the administration of justice’

It was at this point that the JLSC asked for an audit “to ascertain the true state of affairs”. The audit revealed a very different reality — the list of Ayers-Caesar's outstanding trials had risen from three to more than 10, and the total number of cases in excess of 50. An emergency meeting was called on April 27:

The JLSC was unanimously of the view that the discrepancy […] was large enough to call into question one of the bases upon which Mrs. Ayers-Caesar had been selected — her case management ability — and [that] it could seriously erode public confidence in the administration of justice and, by extension, the whole selection process.

While the JLSC's statement admitted that “the situation was sufficiently grave to trigger a disciplinary enquiry”, in the end, Ayers-Caesar was allowed to resign [13] from the High Court and return to the Magistracy to tie up loose ends. This, according to attorney [14] and former temporary opposition senator Gerald Ramdeen [15] who had raised the issue of assessment criteria long before the scandal broke, was unlawful [16], and he went as far [17] as to threaten legal action [18].

How much did the chief justice and the JLSC know?

But from there, the plot thickened. It was only after the chief justice met with Ayers-Caesar on April 28 that it came to the JLSC's attention that on March 22, 2017, she had dismissed 16 outstanding cases, a move that the chief justice admitted was “unusual”.

Finally, in a third media release, the JLSC noted that potential judges are asked when they would be in a position to assume duty, and said it would welcome consultations with the law association to improve the selection and appointment process:

It would be impractical for the JLSC to delve into the case files of a successful applicant from the Magistracy. […]

There is no electronic case management information system in the magistracy, records are kept manually. […] It is the professional responsibility of every judicial officer, irrespective of the nature of the record keeping system, to keep track of his/her case load.

One lawyer who attended the LATT meeting, who preferred not to be identified, said that in the heated discussions prior to the vote, it was suggested that Ayers-Caesar could very well have misled the chief justice and the JLSC — and that if this were indeed the case, it would amount to an abuse of office for which she could be charged.

Public perception, however, was that the chief justice and the JLSC were dodging some measure of responsibility when it came to oversight. There was also little sympathy for Ayers-Caesar.

I'm uninterested in how hurt she is. Did she tell the #JLSC [19] the truth about her caseload and can she prove that she did?#imprudentjurist [20] pic.twitter.com/jbIvZ9yDQB [21]

By the time attorney — and former attorney general — Ramesh Lawrence Maharaj weighed in [23], Facebook users suggested [24] that the situation was getting “curiouser and curiouser”. Ayers-Caesar had sought legal advice from him regarding the JLSC's statements and subsequent actions with regard to her appointment, and in a press conference, Maharaj said the chief justice “would have access to all information regarding the workload of magistrates and judges” and that it was the duty of JLSC to “obtain this information if it considered it relevant”.

This is where it gets muddy. Where did the responsibility for Ayers-Caesar's backlog fall? If you were applying for a job, your prospective employer would ask you about your notice period, and you'd let them know you were available to start immediately or in a month, or whatever the case might be. It's not the employer's job to then ask, ‘Do you have any other loose ends that you need to see about before you take the job?’

‘This…has implications for the rest of the Judiciary’

The situation may have dealt a serious blow to people's confidence in the judiciary. Martin Daly asked [25], “How could the JLSC have sought to restore someone who allegedly duped it to the Magisterial bench?” and political commentator Rhoda Bharath, who has been actively advocating [26] for the country's president to come clean about his receipt of a controversial housing allowance, said on Facebook [27]:

This had clear implications for her returning to her post as Chief Magistrate. Who wants to appear before a Magistrate that has been publicly outed as being dishonest? […]

This also has implications for the rest of the Judiciary. […]

Have other promoted magistrates or judges lied about their caseloads to be promoted?
How is the JLSC going to ensure this doesn't happen again?

The cut and thrust which has been the hallmark of this controversy has left some social media users incredulous. Facebook user Patricia Worrell issued [28] a tongue-in-cheek public service announcement:

The show Law & Order has been discontinued in TnT [Trinidad and Tobago] for the time being…In its place we introduce a tragicomedy: ‘The law's an Ayers’.

Jokes aside, it is a very complicated affair to get rid of a sitting chief justice. Although the legal community has sent a clear message [29], a no confidence motion alone will certainly not do it, given that the chief justice is not even a member of the law association body, but rather is the head of the judiciary. And it is unlikely [30] that he will resign of his own volition.

Meanwhile, another senior counsel, Israel Khan, has called on Trinidad and Tobago President Anthony Carmona [31] to launch an inquiry into whether the chief justice is guilty of misbehaviour in public office.

However, some legal professionals who spoke to Global Voices under condition of anonymity believed that the no confidence motion against the chief justice was politically motivated, claiming that “90% of those who signed the initial petition are UNC supporters”. The United National Congress [32] (UNC) is a political party that leads the opposition in parliament.

The government is trying to reassure citizens and economic partners that the country's judiciary is stable [33]. For his part, the director of public prosecutions, whose role it is to undertake criminal prosecutions, has said [34] that before he can act on the 53 cases now in abeyance thanks to the Ayers-Caesar controversy, he needs to know the “unequivocal” position of the former chief magistrate.

It's clear that the prisoners whose remand has been extended as a result of this blunder are the ones least being served by the administration of justice.