Kabul Violence: “We Are Dying Every Single Moment!” 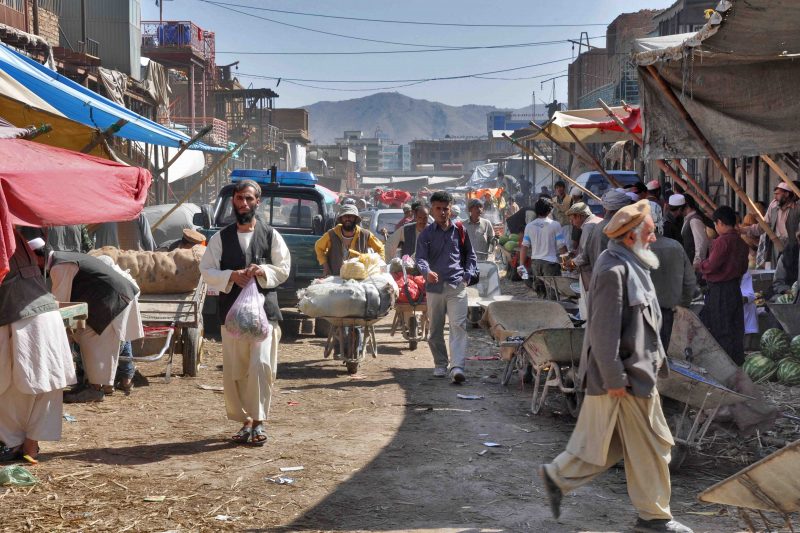 Warning: The following post contains images of a graphic and distressing nature.

Afghanistan's capital, Kabul, is locked in a state of indefinite agony.

At least seven people died and many were severely wounded when security forces answerable to President Ashraf Ghani opened fire on protesters on June 2. The demonstration was taking place at the site of a powerful explosion in the center of Kabul that killed almost 100 people. A day later several blasts targeted a funeral held for one of the June 2 protesters killed by police –also the son of the Afghan senate's deputy speaker — killing at least twenty people.

The massive blast that began the latest cycle of violence in Kabul was one of the deadliest to hit the city in recent years and came a few days into the Muslim holy month of Ramadan. No group has claimed responsibility yet.

The anti-government demonstration that followed it started peacefully and was headed towards the presidential palace. Demonstrators chanted “Death to Ghani” and demanded the National Unity Government's resignation, accusing it of singularly failing to ensure security in the country. When protesters tried to enter the palace, security forces opened fire.

According to the Kabul police chief, Gen. Hassan Shah Frogh, the rally was not peaceful and protesters were carrying guns. He also claimed initially that only one or two people were wounded. Eye-witnesses said that the protesters were throwing stones but were not armed.

The police also used tear gas and water cannon to prevent the angry protesters from entering the presidential palace, and arrested many.

Among those arrested by the police was Haroon Mutaref, one of the organizers of the protest.

The police's extreme reaction towards the protesters has left Afghans living in one of the most insecure cities in the world feeling besieged.

Irony is the number of bullets #Kabul police fired at 2day's protestors could have used against insurgents 2 save Konduz, Baghlan, Fariab…

Many are worried that opportunists may use the security vacuum to create further instability. Omid Sharifi, co-founder of the creative collective Art Lords, asked Afghans to unite instead of fighting one another.

Let #Afghanistan heal! Fighting each other and losing precious lives is what the enemy wants! Come to your senses #Kabul. pic.twitter.com/ZiS0BKNzMp

A few hours after the protest had begun, President Ghani issued a statement:

Civil and peaceful protests are the rights of all citizens of the country. But among them, those who want to agitate and hurt public order, their issue is separate — they will not be allowed to use the people’s emotions against the people’s interest.

In its aftermath, Amnesty International called for an independent investigation:

The security forces’ use of excessive and fatal force on protesters voicing anger over one of Afghanistan’s deadliest attacks ever illustrates the authorities’ contempt for the lives of ordinary people. While there are reports that a minority of protesters used violence including throwing stones at the police, this does not justify such an excessive and deadly response.

The explosion on May 31 claimed the lives of more than 90 and injured over 400 people, left thousands traumatized, and destroyed a recognised central area of the capital.

Abdul Waris Ahmadzai, an Afghan resident, posted graphic images of the aftermath of the attack and its victims.

Summing up the feeling of desperation amid recurring violence in the Afghan capital, a civic activist posted on Facebook:

But there was to be more bloodshed before the week was out, at the June 3 funeral for Salem Izidyar, the son of a well-known politician in the senate and the most high profile of the protesters shot on Friday. It is likely that the attackers were targeting a number of prominent political figures attending the funeral.

The three suicide strikes killed at least 20 people, injuring many more, while further casualties cannot be ruled out.