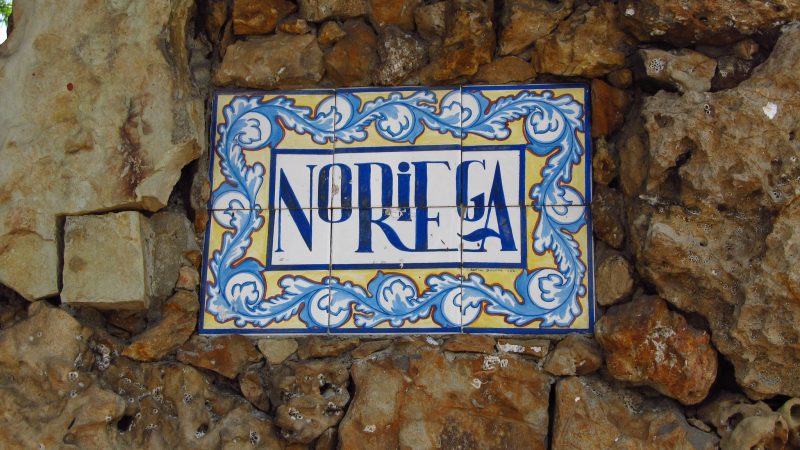 On May 30, Manuel Antonio Noriega [2] died at the age of 83 after being taken off life support. The former leader, once called the strongman of Panama, had been in a coma since March, following an operation to remove brain tumors.

Roberto Eismann, the editor of the La Prensa [3] newspaper (before it was shut down by the Noriega dictatorship [4]), called Noriega a coward for avoiding a heroic death in 1989 when he fled United States troops intent on toppling his government:

Noriega — the most sinister Panamanian of our time, a murderous narco-dictator — nothing good! Upon hearing shots, he fled and avoided a heroic death!

Nonetheless, there are also those who say that the country was better off in Noriega's time, especially in terms of crime. In November 2016, before Noriega finally died, one Facebook user wrote [6]:

Ladies and gentlemen, after thoroughly analyzing everything, I apologize to Mr. Manuel A. Noriega for having helped overthrow him in the 1980s. I ask Panamanian authorities to grant him the station police leadership instead of a prison cell, and to please fix the issues of crime and murder that we experience every day. So, freedom for Noriega!

Noriega, popularly known as “El cara ‘e piña” or “Pineapple face” (for his acne scars), is an important historical and mythological figure in Panama. His dictatorship, and its abrupt end following the 1989 U.S. invasion, are still too recent and controversial to be discussed or debated in classrooms. As a result, the historical record has been intertwined with mythmaking, and it has become difficult for many in the country to disentangle the puzzle of who Manuel Antonio Noriega really was.

His legacy is bright and meaningful for those who admire him. For those who considered him a tyrant, it is covered in blood and decay.

In his book, “Our Man in Panama,” John Dinges described him as follows: [7]

He created, defined, and strengthened a circle of believers in civil and military life, but he always shied away from defining himself, like a stellar black hole that absorbed immense quantities of energy without reflecting any light.

The former dictator and last general of the Panamanian army (which was disbanded after the U.S. invasion) returned to Panama on December 11, 2011, after serving a 20-year prison sentence in the U.S. and another prison term in France. Noriega remained imprisoned in the Rebirth Rehabilitation Center [8], located in the Panamanian town of Gamboa, until the operation that caused his death. Some opponents and victims of the dictatorship held out hope that Noriega would blow the whistle on those who collaborated with him during the dictatorship, but he remained silent. Nevertheless, it was revealed that the former general left behind a half-finished book, along with recordings of his memories so that it could be completed. [9]

For some, like current Panamanian President Juan Carlos Varela, this closes a chapter in the country's history:

The death of Manuel A. Noriega closes a chapter in our history; his daughters and family members deserve to bury him in peace.

For others, so long as what happened during the dictatorship and the invasion remains unclear, the chapter remains open and the wound can't heal. Carmen Brown recalled the death of Hugo Spadafora, [11] a physician and guerrilla fighter who was a vocal critic of the military in Panama. His body was found decapitated in 1985, during Noriega's dictatorship. His head was never found and is today a symbol of those who still await answers regarding what happened during the regime.

Noriega's death does not close any chapters, let alone wipe any slates clean, when we have yet to find Hugo's head.

And then there are also those who, like the comedic website El Gallinazo, consider Noriega a part of the past and believe there are other questionable individuals who are still alive and should be held accountable for their actions:

Well, Noriega is gone now, though the truth is that we knew that would happen. So, to be brief, I'm here to remind you of four dirty words: #ODEBRECHT #MIMITO #VARELA #MARTINELLI ciao.