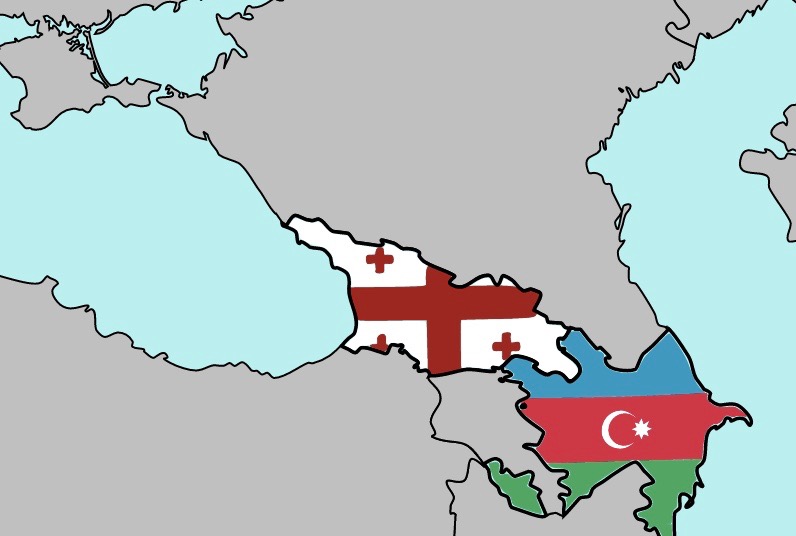 The insecurity experienced by Azerbaijani activists and journalists living in neighbouring Georgia broadly recalls Agatha Christie's best-selling novel, And Then There Were None, when visitors to a desert island mysteriously begin disappearing one by one.

Like the characters on Christie's island, the dissidents are aware of a growing sense of threat, and speak about it to anyone who will listen. But no-one seems able to protect them from their authoritarian government, which has arms reaching far beyond its own borders, and an enduring habit of seeking vengeance against those it considers enemies of the state.

Unlike in the novel, most of these individuals have known each other for some time. They were once part of a small community of people prepared to stand up against the entrenched, oil-rich and fantastically corrupt regime in their homeland.

At some point, they all left Azerbaijan out of fear of persecution, and found refuge next door in relatively democratic Georgia's elegant, tumbledown capital, Tbilisi. But in the ex-Soviet space, where some of the world's most ruthless security services operate with impunity across borders, you are never truly safe.

The recent abduction of Azerbaijani journalist Afghan Mukhtarli, who moved to Georgia with his wife and daughter in 2015 fearing persecution in his native town of Zaqatala, attests to this.

On May 29, on his way to his Tbilisi home, Mukhtarli was abducted by a group of unidentified men, and taken across the Georgia-Azerbaijan border without his passport, according to his lawyer.

In Azerbaijan he was detained and charged with “illegal border crossing”, “smuggling”, and “resisting law enforcement”. Local police in Azerbaijan claimed to have found 10,000 Euros on Mukhtarli's person.

Leyla Mustafaeva showing passport of her husband, who disappeared in Georgia & miraculously crossed to Azerbaijan. Georgia must investigate! pic.twitter.com/wEROO80rKW

Mukhtarli had never felt safe. In December 2016, he spoke to the author of this article about his fears that something might one day happen to him. Many other native Azerbaijanis living in Georgia and other countries have complained of being under the surveillance of the Azerbaijani state.

Turncoats have not helped their cause. On May 4, an online platform founded by a former Azerbaijani political prisoner who re-invented himself as a government mouthpiece published a list of Azerbaijanis who have lived or currently live in Georgia: Mukhtarli's name was on it.

The list in the article is long, and also includes the names of activists and journalists who have in recent years traveled to Georgia for work, conferences, meetings, and health treatments.

The authors of the pro-government article claimed that these were just false pretexts to disguise the travellers’ actual goals of securing money and instructions to subvert the Azerbaijani state.

Another name mentioned in the article is that of Gozel Bayramli, a deputy chairman of the marginalized opposition party Popular Front. On May 25, she was detained at the Georgia-Azerbaijan border and placed in pretrial detention for three months following her return from Georgia, where she went for medical treatment.

Similarly to Mukhtarli, Bayramli stands accused of committing smuggling offences, after border police claimed to have found an undeclared $12,000 in her bag.

New political arrest in #Azerbaijan: #GozelBayramli, Dep. Chairman of PFP has been detained on the border while coming back from #Georgia.

On May 23, yet another Azerbaijani native, Farman Jeyranov, was arrested in Georgia following a Tbilisi court order, and sentenced to two months in pretrial detention on charges of surgical fraud and concealing information considered to pose a threat to human life.

A doctor by profession, who helped found clinics in both Baku and Tbilisi, Jeyranov relocated to Georgia several years ago. It is believed his arrest came following pressure on Georgian authorities exerted by the Azerbaijani state. He will hope to avoid extradition.

The cases of Mukhtarli and Agalarli comes after two more opposition members, Gozel Bayramli and Farman Jeyranov, were detained in #Georgia.

The role of Georgia, a country with aspirations to join the European Union and Nato, in Mukhtarli's disappearance, remains something of a Christie-like mystery.

Speaking to a local news outlet two days after Mukhtarli's abduction and under pressure from rights organizations who had rallied in Tbilisi, Georgian President Giorgi Margvelashvili acknowledged that the “disappearance of a person is a serious challenge to our statehood and sovereignty.”

Minister of Internal Affairs Giorgi Mgebrishvili meanwhile dismissed any wrongdoing and claimed that, “Georgia’s law enforcement agencies have nothing to do with this version of the case, nor can they have any connection with it.”

That seems unlikely, if not completely impossible. But if Mgebrishvili's claim is true, a formal note of diplomatic protest addressed from Tbilisi to Baku might go some way towards assuaging the increasing safety concerns of the other Azerbaijani exiles still living in Georgia.