The Myth of the ‘Nice Canadian’ 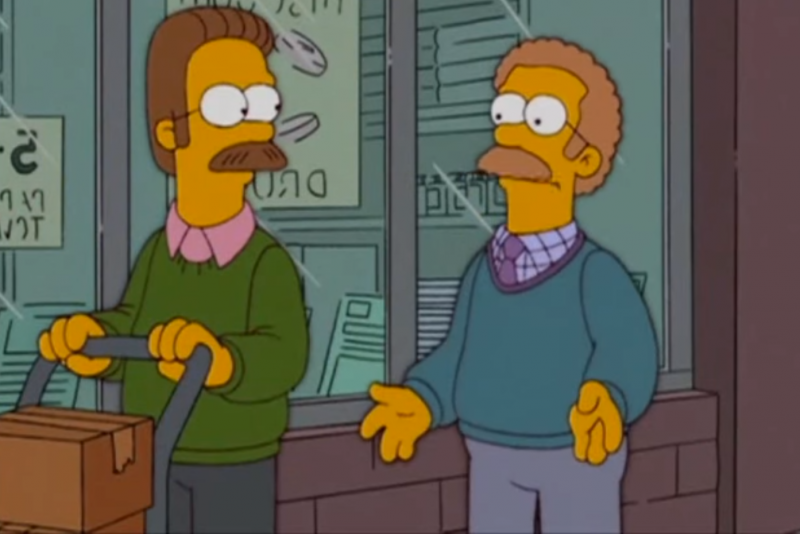 Global Voices recently asked our editors: What is the most misunderstood aspect of the place you live, or where you're from?

Their responses will be published as part of an ongoing series debunking myths and offering a more nuanced take on certain parts of the world. The latest installment is by Global Voices Japan editor Nevin Thompson, who splits his time between Canada and Japan.

The question I get asked the most in Japan: “Are you American?”

“Uh, sorry,” I say, “I'm actually originally from Canada.” I've lived in Japan, on and off, since 1994. Depending on the situation, it's considered polite to express interest in whoever you're talking to by asking personal questions.

“Oh, Rocky Mountains, ice hockey, nature,” is the standard reply to my clarification. A lot of Canadians might seeth inwardly at being mistaken for an American, but I don't mind. To the untrained eye, there's very little to distinguish Canadians from Americans. This is one reason why so many Canadians, when traveling, put a prominent Canadian flag on their backpacks. Everybody loves Canadians. Americans, on the other hand…

It's been like this ever since I started traveling 20 years ago, before Donald Trump, before the invasion of Iraq, and before 9/11. Canadians put little maple leaves on their luggage to differentiate themselves from their American cousins.

We have free health care! There aren't any guns here! Same-sex marriage has been legal in Canada since 2005!

Everybody, it seems, thinks Canada is so nifty. We're polite. We apparently say “sorry” a lot. Canada is supposedly perceived to be the most tolerant country towards ethnic groups. We're not like those other guys south of the border. Canadians are nice.

For one thing, I have many American friends I greatly admire. I wouldn’t mind being mistaken, for instance, for Johnny from Dallas. Marc from Austin. Adam from San Francisco. Or Michael from Honolulu.

As well, there are a couple of problems with being labeled as “nice.” Number one: to be called “nice” is to essentially be called a square, much like the sweet, gentle but tragically ineffectual Ned Flanders character from “The Simpsons” (who has his own Canadian doppleganger).

If Canada could in fact be a nation of Ned Flanderses, it would be an improvement, but the real problem is that nice doesn't have any personality. There are no hard edges, and nothing pushes back. To be inoffensive is to be unremarkable and uninteresting, unworthy of attention. This can be a good thing if your desire is to blend into the background, and remain aloof from what's going on around you.

I'd argue that the desire to remain unengaged and alone is in fact a primary characteristic of being Canadian. We tend to mind our own business. What outsiders regard as being “nice” might actually be cold politeness. Canadians don't engage much in over-the-fence conversations with neighbours. We lack the warm, open friendliness I've come to associate with my American friends.

Luckily for us (and for the rest of the world), Justin Trudeau showed up to make being Canadian more than just nice: our prime minister has made our country positively sexy.

Tall, handsome, athletic and a male feminist, JT has transformed Canada from a country known for little more than ice hockey and milk that's sold in plastic bags, to a bastion of tolerance, and a refuge from the problems of the world.

Indeed, the day after getting elected in October 2015, Trudeau shifted the tone of discourse in Canada by 180 degrees. After an election campaign that saw his Conservative opponent propose banning the niqab, Trudeau immediately posed for selfies with Muslim Canadians in the Montreal Metro.

So, in 2017, thanks to a lot of international adulation and newfound sex appeal, Canadians have begun to feel we are more than nice. We're hip, cool and tolerant. But are we really?

Because the myth of the “nice Canadian” also prevents Canadians from truly addressing some of our fundamental problems that are not going away anytime soon. Nearly 20% of children in Canada live in poverty, and nearly half of First Nations children. There is a housing crisis in Canada, accompanied by a homelessness crisis. On a per capita basis, Canadians lead the world in greenhouse gas emissions.

Every country has its problems, of course, and there are plenty of great things about Canada. (I personally like British Columbia's amazing assortment of craft breweries and the Montreal “DIY music scene“, for starters).

But enough with the brand of “nice.” It's a cop out for Canada, and prevents us from really achieving true greatness as a country.