PHOTOS: More Than 70,000 Displaced by Clashes Between Philippine Troops and Suspected ISIS-Backed Group 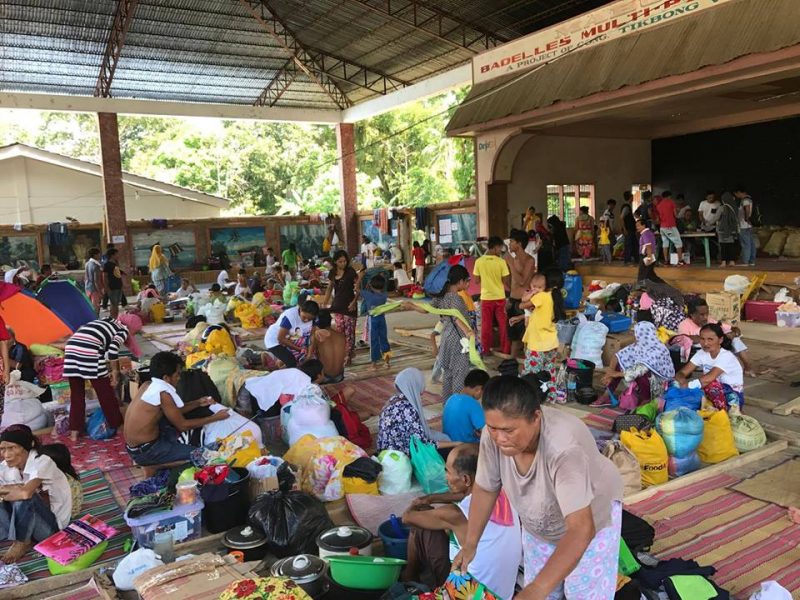 A multipurpose hall was converted into a temporary evacuation center for residents displaced by the armed conflict in Marawi. Photo by Ina Alleco Roldan Silverio, an employee of the Department of Social Welfare and Development. Used with permission.

The Philippine government’s military offensives against a local group suspected of having ties with ISIS have displaced thousands of residents in Marawi City, located in the southern island of Mindanao.

On May 23, militants belonging to the Maute group reportedly attacked and occupied various buildings in Marawi. Because of the group’s alleged connection to ISIS, the Philippine president declared martial law in Mindanao and ordered the military to arrest Maute members and stop the spread of extremism.

Mindanao has a significant Muslim population. Some groups there are struggling for self-determination which is the subject of an ongoing peace process, but they have denounced the actions of the Maute outfit.

Martial law may be directed against the Maute group, but it led to the mass evacuation of Marawi residents to nearby towns. Thousands of families have fled their homes in order to avoid getting caught in the crossfire.

As of May 30, 2017, in the morning, the government said 14,313 families or 71,115 persons are affected by the armed conflict in Marawi. The government said 20 evacuation centers are open with 2,261 families or 10,809 persons. Because of the lack of facilities, thousands went to other towns seeking refuge. Some were seen walking while carrying their few belongings.

A week after the martial law declaration, the government claimed it’s already in control of Marawi. But improving the situation of the bakwit (evacuees) seems a bigger challenge for local leaders who are now assessing the impact of martial law and the attacks of the Maute group.

We were able to distribute family food packs to affected civilians in some hard-to-reach baranggays in Marawi City yesterday. pic.twitter.com/rLL28EfjTC

Below are photos that show residents fleeing Marawi, the conditions inside evacuation centers, and the situation in a city controlled by the military: 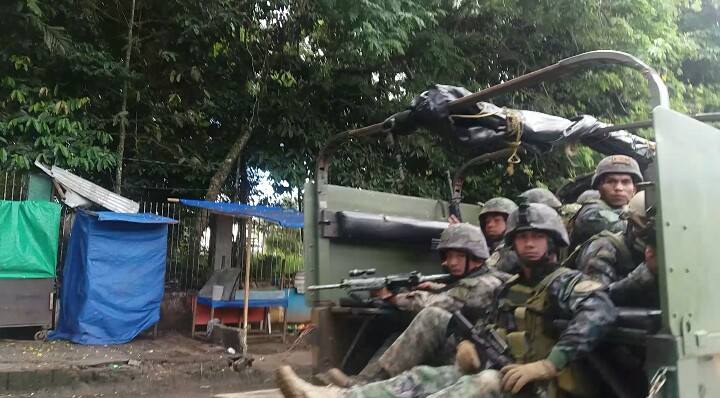 Soldiers were deployed in Marawi City after the declaration of martial law. Source: Facebook page of Kathy Yamzon. Used with permission. 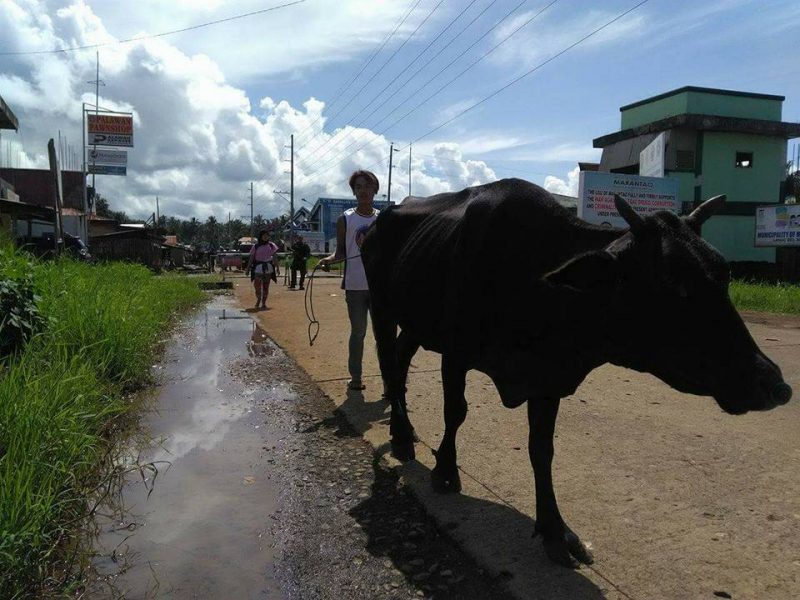 Some farmers couldn't leave their animals behind as they flee the city of Marawi. Source: Facebook page of Kathy Yamzon. Used with permission. 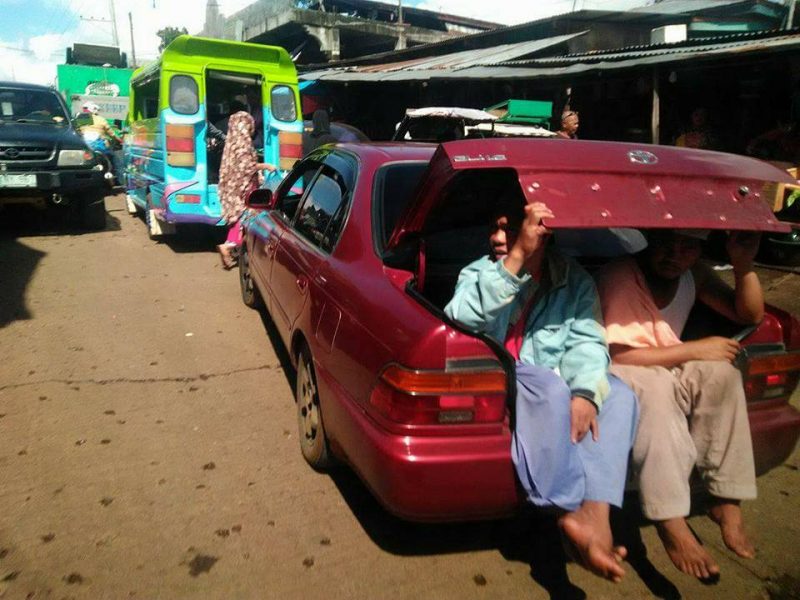 After a city lockdown was enforced in Marawi, thousands scrambled for available means of transportation to escape the city. Source: Facebook page of Kathy Yamzon. Used with permission. 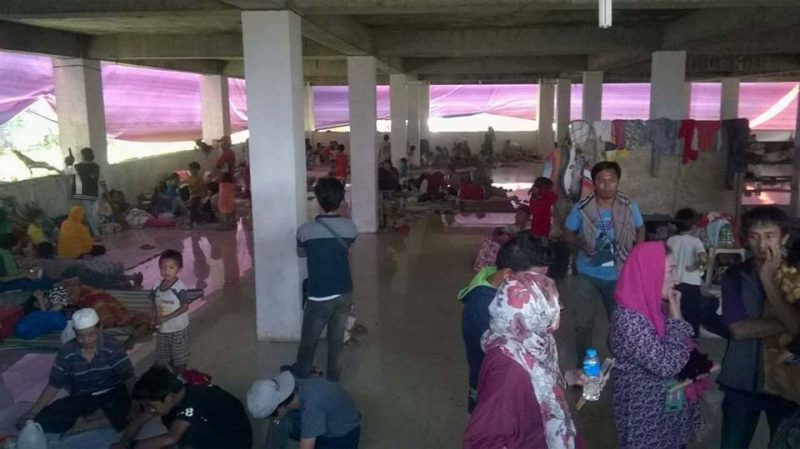 A “sanctuary” for Marawi evacuees in the town of Saguiaran, Lanao Del Sur. Photo taken by Jerome Succor Aba. Used with permission. 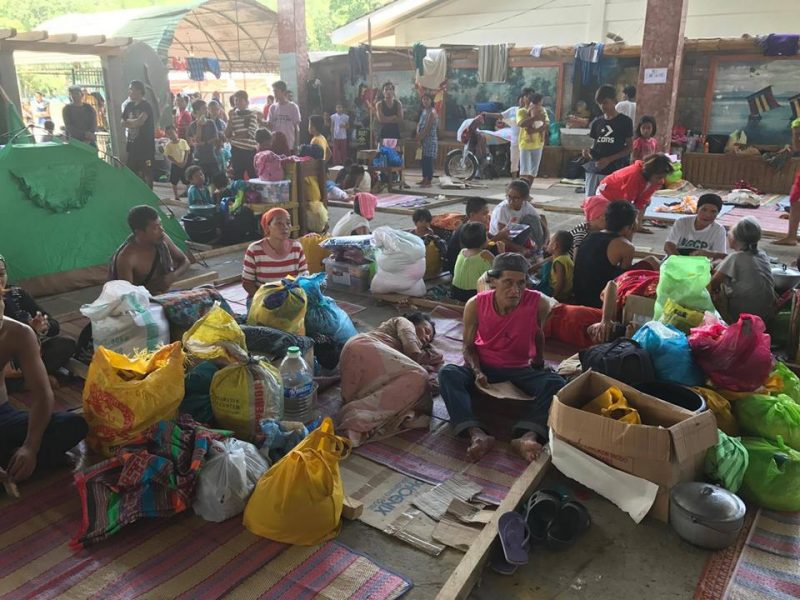 A typical evacuation center in a government facility. Photo from the Facebook page of Ina Alleco Roldan Silverio, an employee of the Department of Social Welfare and Development. Used with permission.