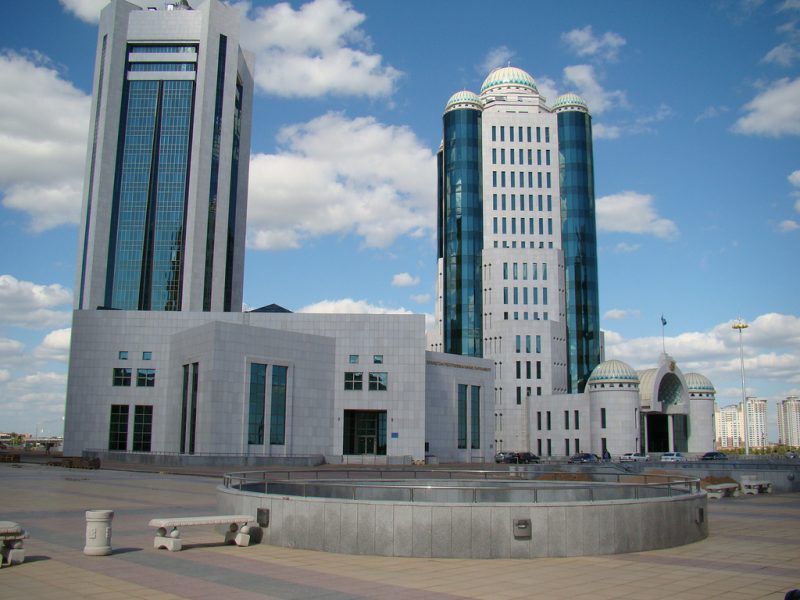 Political opposition never got much of a look in in authoritarian Kazakhstan, where the same man has been in power for over a quarter of a century, but a draft law being considered by the country's rubber stamp parliament is set to make matters even more predictable.

The legislature is presently working on a bill that would ban independent candidates from running for the presidency. The bill approved by the majilis (lower chamber of the parliament) on May 24 is designed to eliminate “non-serious candidates”, according to Justice Minister Marat Beketaev.

The law represents the culmination of tactics the Kazakh government has perfected since independence in 1991. As a rule, genuine opposition candidates are eliminated long before the elections are due. The most typical approach in the past has been the fabrication of criminal cases and even the imprisonment of potential opposition candidates. When the law passes, authorities will no longer have to resort to such attempts.

In a country where there's only one ruling party that belongs to the incumbent president and other parties support him there can be no alternative.

The law is significant since the Ministry of Justice already makes it challenging for opposition movements to register officially as a political party or public association. The most prominent case is the refusal to register the banned opposition party ‘Alga’ (Forward), whose leader Vladimir Kozlov spent five years in jail for “attempting to overthrow the government” and was later released on parole. All the parties in the Kazakh parliament are now loyal to the regime. Another relatively independent party, the Communist Party of Kazakhstan, was dissolved by a controversial court ruling in 2015.

The law may have been drafted with another opponent of veteran President Nursultan Nazarbayev in mind. Fugitive banker and former energy minister Mukhtar Ablyazov, who is being tried on graft charges in absentia in Kazakhstan has stated his intention to topple Nazarbayev and turn Kazakhstan into a parliamentary democracy.

Ablyazov, is believed to be living in exile in France after the Conseil D'Etat, France's supreme court equivalent, ruled against extraditing him to Russia in December 2016.

Kazakh authorities have been accused of using Ablyazov to smother other government critics who are not connected to him. Independent journalist Zhanbolat Mamay, for instance is currently imprisoned and awaiting trial on charges of laundering money received from Ablyazov through the Tribuna newspaper he works at. He has described the charges as absurd.

There is also speculation that Nazarbayev, 76, is preparing to transfer power to a successor who would prolong his regime, which opponents say is characterized by authoritarianism and massive corruption.

There is already a pretty good mechanism to rule out “non-serious” candidates. It is called voting. Voting and running for elections is one of the fundamental rights enshrined in the Constitution of our country. Restricting this right by claiming that someone might use it for PR purposes is nonsense and serves to help lobby the interests of certain parties.

Oppositionist Erlan Kaliev points out that the Constitution imposes a fairly high barrier for opposition candidates, making the law unnecessary.

Does this mean that the Parliament doesn't trust the Central Election Commission? It is already written in the Constitution that in order to avoid “non-serious” candidates, that each one must have the support of at least 1% of all voters.

Nazarbayev last won re-election in 2015 with 97.7% of the vote. However, no reputable international observation mission has ever recognised a Kazakh election as free and fair. Typically Nazarbayev's main “opponents” on the ballot have been openly supportive of his policies.