“You know that your daughter will also have children and God grant they will not end up in the position I am in.” Kamila lays into lover Kairat in the Kazakh film Tokal.

I first came across the term tokol when my friend was discussing what car she wanted to buy. Her first choice was a Toyota RAV4, but the distant relative who had promised to help her find a seller objected. He explained to her that the Toyota RAV4 had a reputation as car that men bought for their tokol.

The anecdote explained how deeply embedded the institution of tokol is in Kyrgyzstan's socio-cultural landscape. The closest possible translation of the Kyrgyz-language word is “younger wife”. But that does not quite do justice to this socially loaded term which has an equally socially loaded equivalent in neighbouring Kazakhstan — tokal.

Listen [1] to a native Kyrgyz speaker say, “Me and my tokol have two sons together”:

While polygamy has a long history in both countries, the modern-day tokol is less a second wife and more a woman on the side, who may fulfil the roles of wife, paramour and counsellor simultaneously, all the while keeping a low profile so as not to destroy the man's ‘first’ family.

Tokol wives face public stigmatization, especially among women, who often view them as seeking happiness at the expense of men’s primary families.

A popular Russian-language song on YouTube I am a Tokal, and I Don’t Have a Soul, addresses this stereotype and describes a tokal as ‘the premature child of our country”.

While a tokol, or tokal, is by no means the second wife as envisaged in Islamic tradition, men do use use the Islamic ritual of nikah to legitimize their extramarital relationships in the two countries where polygamy remains illegal.

This fact came to the fore in 2012, when draft legislation designed to protect victims of bride-kidnapping was voted down in the Kyrgyz parliament [3]. The draft law aimed to fine religious clerics who bless marriages that are not registered with the state. The dramatic vote divided men and women lawmakers.

The male legislators, explained one woman MP, were not necessarily supportive of the crime of bride kidnapping, but rather “voted to defend their private interests”, that is, their right to a mullah-endorsed tokol or two. 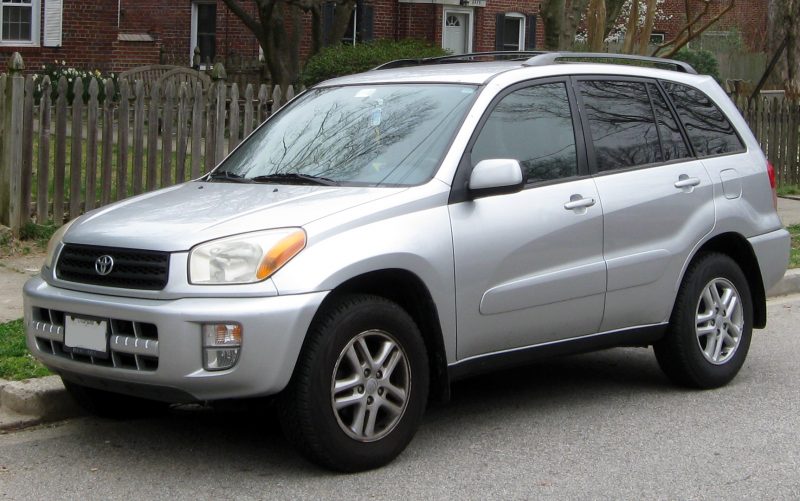 The Toyota RAV 4, seemingly a part of the tokol institution in Kyrgyzstan. Creative commons.

Tokol women do not enjoy the same civil rights or social status as a man's legal wife. Their children are also at the back of the queue when it comes to matters of succession and inheritance, although there are exceptions, such as when men take on a tokol for the explicit reason of prolonging their blood line through male offspring.

Unverifiable speculation [4] suggests Kazakhstan's long-ruling autocrat Nursultan Nazarbayev, who had three daughters by his official wife Sara Nazarbayeva, may have gone down this route.

It is quite fitting then that Kyrgyz and Kazakh people also use the word tokol, or tokal as an adjective to refer to cattle that cannot grow horns [5]. Like hornless cattle, tokol women find themselves at a disadvantage, fulfilling all the traditional roles of a wife but lacking the ability to secure fair treatment for themselves and their children.

This hornless state is never more apparent than in the case of a separation from their male partner, or his death — legal rights are for legal wives.

Less than a quarter of women said they would agree to be a tokol [6] according to a poll taken by the Kyrgyz website limon.kg, yet for rich men entering late adulthood in both Kyrgyzstan and Kazakhstan, a tokol has become an expectation.

The issue is explored dramatically in the recently released film Tokal directed by a Kazakh director Gaukhar Nurtas and centred around an affluent and happy Kazakh family, that finds itself on the brink of falling apart when the family patriarch Kairat embarks on an affair with a younger woman, Kamila.

The situation gets complicated when Kamila gives birth to the son that Kairat was unable to have with his first wife, Bota. At the heart of the film is the question of whether the tokal institution can be considered a Kazakh tradition, or just a luxury that a well-to-do man allows himself.

Correction: An earlier version of this article claimed that President Nursultan Nazarbayev was accompanied by wife Sara Nazarbayeva on his trip to Great Britain in 2015. That was an editorial mistake. He was actually accompanied by his daughter Dariga Nazarbayeva.