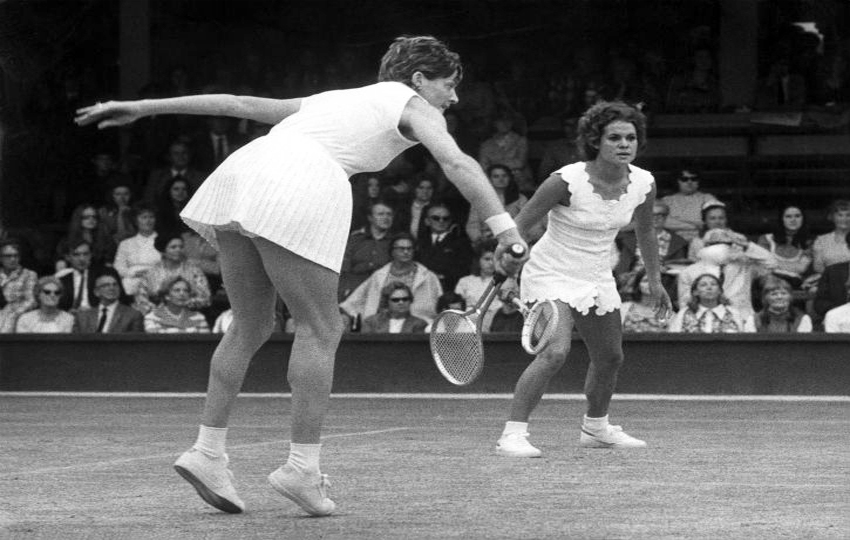 Aussies love their sports heroes. However, former champion tennis player Margaret Court (born Smith) has received a very hostile online response to her stance, based on her religious beliefs, against same-sex marriage.

“Starts at 60,” a digital media platform for Australians and New Zealanders over sixty, explained the controversy to readers:

Margaret Court has penned an open letter to the Qantas board informing the airline she will no longer fly their skies because of the airlines “active” promotion in favour of same-sex marriage.

Qantas is the national airline with both domestic and overseas services. CEO Alan Joyce is openly gay and campaigns for marriage equality in Australia.

Margaret Court is a Christian minister in Perth, Western Australia. During her playing career in the 1960s and 1970s, she won 24 Grand Slam single titles and completed the big-four Grand Slam in 1970.

Despite these athletic accolades, the feedback on Twitter to Court's remarks on gay marriage has been overwhelmingly negative:

Margaret Court you are a sporting legend! But your views to deny people a basic human right of equality absolutely suck! Love wins

The tone on Twitter was even nasty and abusive at times, though sports commentator Andy Maher managed to contain his rage:

I really want to be white-hot angry about Margaret Court and her bigoted views, but I find myself simply feeling really sorry for her.

With his usual sharp wit, cartoonist Jon Kudelka was prepared to support her freedom of expression:

I absolutely support Margaret Court's right to catch the most homophobic form of transport available if that's what she wants.

Nevertheless, Court has some vocal supporters, like Paul Smith, the international business manager at the University of South Queensland, who responded to the Starts At Sixty post:

Pity there weren't many, many more like her to state the obvious. I have stopped using my credit card from QANTAS for the same reasons. I only wish I was throwing the pie in its leader's face.Long, long overdue. ets start a line u for every time he speaks he copes it. He might get the message he needs to turn that culture around BIG time.

Even the stadium named after Court has been caught up in the fallout. The Margaret Court Arena in Melbourne distanced itself from her stance:

There have also been numerous calls to change the stadium's name. Two alternatives have even gained popularity. Some want it renamed it after Australian aboriginal tennis great Evonne Goolagong Cawley:

@MCourtArena surely a name change to something like Evonne Goolagong Cawley Arena would be a good move then?

Others have advocated naming it after a singer-songwriter pop star who seems born for the honor. Footballer Melissa Barbieri said what many were undoubtedly thinking:

Internet users have also pointed out that other airlines operating in Australia, including Qantas’ main rival (Virgin), have a pro-gay marriage policy:

NOBODY SHOW THIS TO MARGARET COURT pic.twitter.com/86IvZHoXXg

Meanwhile, one Twitter user highlighted the apparent hypocrisy of Qantas for partnering with the airline Emirates, calling out Qantas CEO Alan Joyce:

A visiting American singer-songwriter, Ryan Adams, drew the threads together:

Hey #MargaretCourt , A PAGAN who STRONGLY SUPPORTS #MarriageEquality ( get a pre-nup tho ) will play the arena named for you tomorrow
; ) pic.twitter.com/lc4GFCkGuF