The Election of Dr. Tedros as WHO Director-General Isn't Exactly Uniting Ethiopians 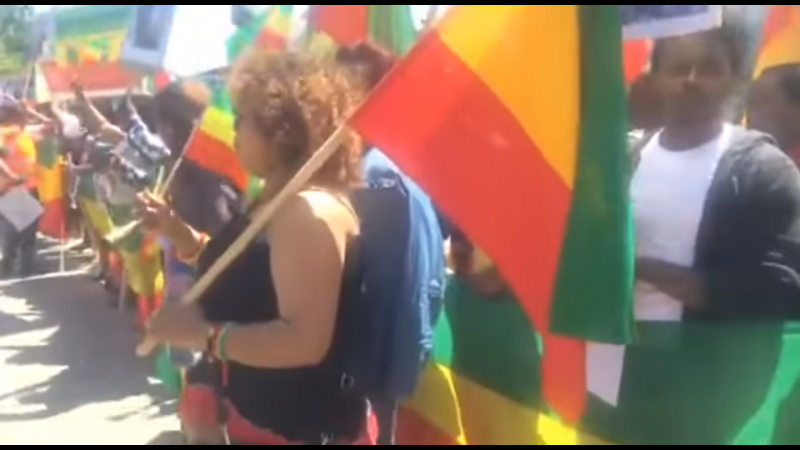 Members of Ethiopian diaspora community protest in Geneva against the newly elected director-general of WHO. May 22, 2017. Image: Ecadf Ethiopia.

Despite an intense campaign waged against him by some of his fellow compatriots, Dr. Tedros Adhanom Ghebreyesus of Ethiopia will be the next director-general of the World Health Organization (WHO).

Commonly known by his first name, Tedros handily defeated Dr. David Nabbaro, the British candidate, after two rounds of voting among WHO member states at the 70th World Health Assembly in Geneva. He is the first African to win the top job.

For Tedros's Ethiopian opponents, however, his election was not a triumphant moment. Critics cite his record as the country's former minister of health and the minister of foreign affairs, saying he was complicit in the Ethiopian government's arrest and torture of political leaders and citizens who challenged the status quo. They fear his victory as director-general of the United Nations’ top public health organization will legitimize the Ethiopian authorities’ actions on a global scale.

Key @DrTedros4WHO campaign lesson. An African in battle needs two armies. One to face the opponent. The other to wade off compatriots pic.twitter.com/BYDi9KDCWX

For months, opponents have waged a vigorous online campaign to block Tedros's candidacy, culminating in protests in Geneva this month. Just before the vote, members of Ethiopian diaspora groups swarmed the streets around the United Nations Office, hoisting flags and displaying banners with signs bearing slogans like “Killers are not healers!” and “No Tedros for WHO!”

A day before the election, a heckler shouted, “No Tedros for WHO; it is a travesty of humanity and Africa think again.”

Meanwhile in Addis Ababa, Ethiopia’s capital, government supporters waited anxiously for the results of the election, wondering about the fallout of multiple media reports about allegations of a cholera cover-up involving Tedros and the spirited opposition from Ethiopian diaspora groups.

Smear campaign never works for anybody!. Dr.Tedros is highly qualified to lead WHO. @WHO @DrTedros @DrSenait. Cardiologist for Dr. Tedros

Fortunately for Tedros’ fans, his opponents were unable to persuade enough WHO members states to withhold their support. 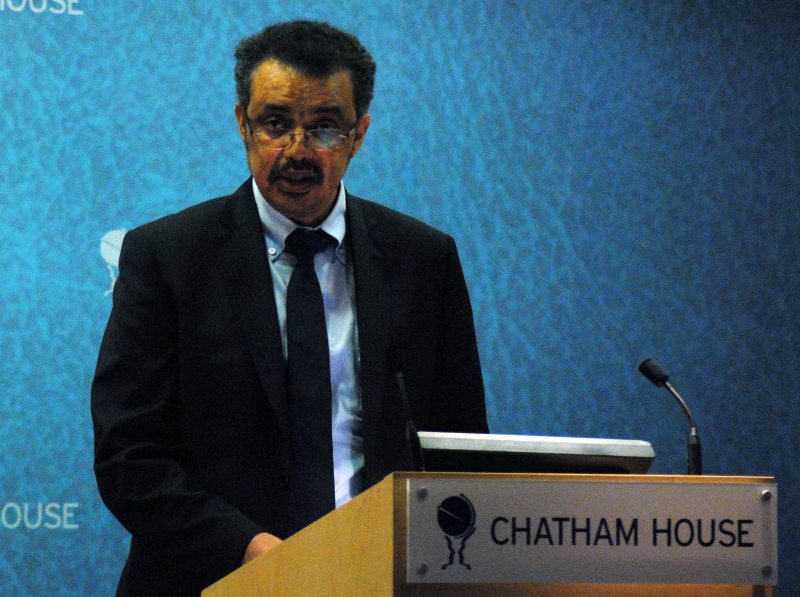 A divisive victory, a divided country

Five months after Tedros’s political party declared a total electoral victory in 2015, the country exploded in protests that lasted almost a year. According to Human Rights Watch, at least 800 people died, and thousands of political opponents were imprisoned and tortured.

Since October 2016 and the declaration of a state of emergency, the Ethiopian government, in which Tedros served until November 1, 2016, has imposed some of the world’s toughest censorship laws.

You won a free election, congratulations. Now, why don't you try that here in #Ethiopia?!

Protesters have demanded more respect and autonomy for ethnic Oromos, who are often left out of the country's decision making.

In fact, ethnocentric attitudes played an important role in Tedros’s remarkable journey to the WHO. Tedros is a top member of the Tigray People Liberation Front (TPLF), the dominant party within Ethiopia’s ruling regime. His meteoric rise to power started after he finished his doctorate in 1999, when he was tasked with leading the Tigray region’s health department. After two years, he was promoted to Ethiopia’s minister for health by the late Prime Minister Meles Zenawi, a Tigrayan himself. In 2012 when Meles Zenawi died, Tedros became Ethiopia’s foreign minister.

Tigray is one of the nine regional states that are federated based on ethnolinguistic compositions. For the last 26 years, the Tigrayan elites have taken center stage in Ethiopia’s political affairs, largely due to their control of the country's armed forces and economy.

Though Tigrayans account for only 6 percent of Ethiopia’s population, all senior positions of the national military and security apparatus — as well as the most meaningful positions in other state institutions — are packed with Tigrayan elites. Conversely, most of the elites of the Oromo and Amhara ethnicities, who together comprise 65 percent of Ethiopia’s population, are either exiled or imprisoned.

This imbalance has been controversial for years, and some see the election of Tedros as the normalization of minority rule in Ethiopia. Tedros’ supporters, on the other hand, argue that his critics are merely bigoted and resentful of the success of one of their kinsman on a global stage.

Those who campaigned passionately against Tedros reject the allegation, saying they always root for Ethiopian athletes in the international arena, regardless of their ethnic background. For example, Abbaacabsaa Guutamaa, explained on Facebook:

By the way, we opposed Dr. Tedros not because WHO's Director General office is something that's great & so powerful. In fact, WHO's budget is less than half a good hospital in the US and our opposition was a gesture to fight for justice and meant to capture an opportunity to expose TPLF's crimes to the world using the face of this guy. We have done a good job on that count