‘We Can Finally Get Married!': Taiwan to Become First Asian Country to Recognise Gay Marriage 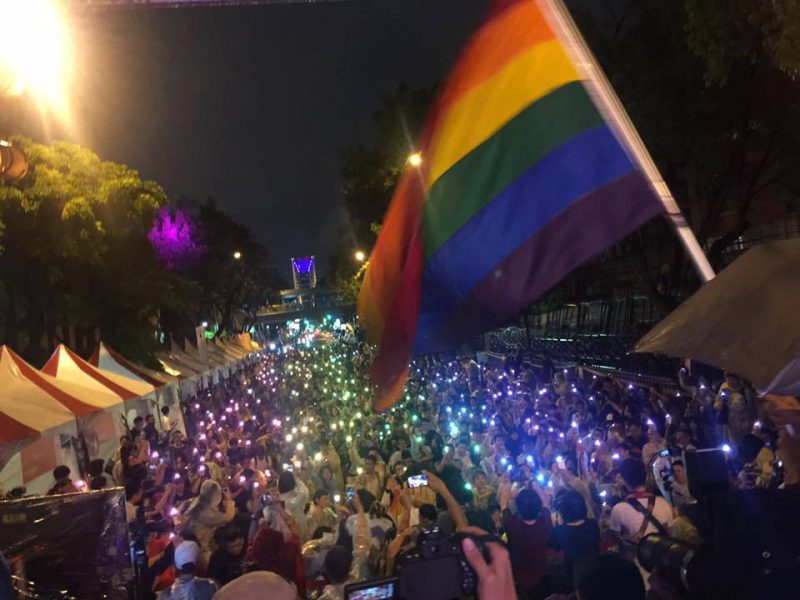 This post was written by Elson Tong and originally published on Hong Kong Free Press on May 24, 2017. The edited version below is republished on Global Voices under a partnership agreement.

Taiwan’s top court ruled on May 24, 2017 that current regulations prohibiting marriage between partners of the same sex are unconstitutional.

The constitutional court’s ruling means that the island is set to become the first Asian country to recognise same-sex marriage.

Announcing the result of a two-month-long constitutional review on Wednesday afternoon, the panel of 14 judges ordered the legislature to either amend the Civil Code or introduce new provisions to recognise same-sex marriage within two years.

The court said that the current regulations are in violation of constitutional rights to the freedom of marriage and equality among citizens.

#Taiwan rules that the freedom of marriage for two persons include “whether to marry” and “whom to marry” – full text below #loveislove pic.twitter.com/i6f0Ob9IQA

Two of the 14 judges dissented, while one refrained from filing an opinion.

Hundreds of same-sex marriage supporters celebrated in Taipei outside the legislature, in a demonstration held by gay rights group Marriage Equality Coalition.

“We can finally get married!” shouted demonstrators outside the Legislative Yuan.

‘I witnessed a history in the making’

Wednesday’s review was brought to court by two parties, one of which is Chi Chia-wei, a 59-year-old gay rights activist who first attempted to register a marriage with his male partner in 1986.

With Taiwan under martial law at the time, he was imprisoned for five months. The legislature responded to his petition calling homosexuality “a perversion of a minority.”

Chi was joined in his current petition by the Department of Civil Affairs of the Taipei government, which earlier said it would respect the court’s ruling no matter what. 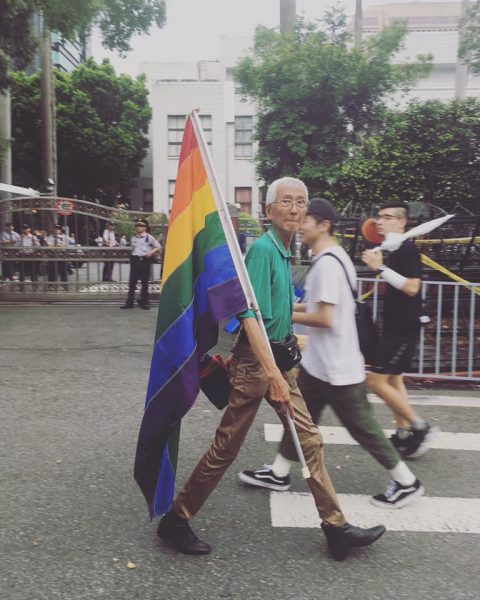 When he came out as the first openly gay man in Taiwan 30 years ago, he was still a young man.

The man in the picture is Chi Chia-wei. In 1986, the 28-year-old Chi hosted a press conference in front of a McDonald's in Taipei, becoming the first openly gay man in Taiwan. In the following 30 years, Chi spends most of his adult life in LGBT rights and fights for marriage equality.

Today, Taiwan's Judicial Yuan made a judicial interpretation regarding Chi's petition: it is unconstitutional for Taiwan's Civil Code to prohibit same sex marriage.

He started this fight 30 years ago as a young man and he was all by himself, but today he has millions of people behind him.

I walked past him earlier today at a gathering outside of Legislative Yuan. It was just a matter of seconds, but I witnessed a history in the making.

Existing regulations stipulating marriage as a union between a man and a woman have also been challenged in a bill proposed by legislator Yu Mei-nu of the ruling Democratic Progressive Party. The Legislative Yuan passed the first of three readings of the bill in December 2016, but a final review is not expected until later this year.