Diaspora* and Other Free Software Are Available in the Occitan Language, Thanks to Volunteer Translators 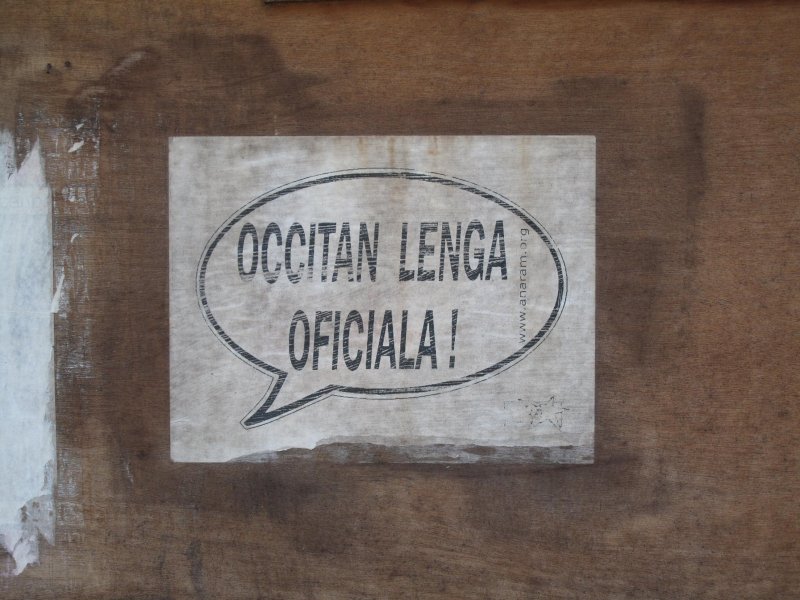 Flickr photo by she_who_must and used under a CC BY-NC-ND 2.0 license.

Volunteer translators have made the open-source social network platform Diaspora* available in some of the most commonly used languages on the internet, such as Chinese, Japanese, Spanish, and Portuguese. But take a look at the list of languages with 100% of the site's terms and phrases translated, and one language in particular stands out among the rest: Occitan.

Occitan is a Romance language spoken in Southern France and parts of Spain, Monaco, and Italy. The number of speakers in the region vary from source to source, but it is clear that the figure is declining. The Occitan language has several dialects, but a “Standard Occitan” is emerging that takes into account the different variants. According to UNESCO's Atlas of the World's Languages in Danger, the dialects Provençal, Auvergnat, Limousin, and Languedocien are classified as “severely endangered,” and the other two dialects, Gascon and Vivaro-Alpine, are classified as “definitely endangered.”

A small team of translators, who decided that Diaspora* would be another important place to promote the language, have brought Occitan to the social network.

Quentin Pagès, who speaks the Lengadocian dialect on which Standard Occitan is based, is one of the members of the translation team and also collaborated on the Occitan translations of other platforms, such as Jitsi Meet, Wallabag, Framadate and Mastodon. He shared his experiences with Rising Voices in a short interview.

Rising Voices (RV): Why is it important to you that Diaspora* is available in Occitan?

Quentin Pagès (QP): So people can start using it and it gives visibility to the language. I don’t like when people decide that one language has more value than another. In my opinion, every language is as equal as the next. That is why it is important to me that Occitan is available as a complete language. Even though the Occitan language is not one of the most used languages on Diaspora*, by being an open-source project, the translation work can be reused for other projects that may use the same terminology and phrasing.

RV: How did you start this localization project?

QP: I decided to start the translation of Diaspora* because it was included in a list of alternative open-source platforms compiled by a French association called Framasoft through its campaign called “De-Google-ify the Internet”. From that list, I also helped to translate Jitsi Meet, Wallabag, Framadate, and now the new social network platform called Mastodon. For the translation of Diaspora, the team consisted of three people and we primarily communicated via email.

RV: What were the biggest challenges for translating Diaspora* into Occitan?

QP: You might expect that a challenge for translation would be a lack of vocabulary or something like that. But it wasn’t about that, it was about finding people to review the translated texts and to help collaborate with the work. The Occitan language has good flexibility to create new words. So on the one hand, I wish there were more of us to translate, but on the other hand, there was just a few of us, so we could check that a word was translated in the same way everywhere. For the word “reshare,” you may find some instances where it is displayed as “repartejar” and other places as “tornar partejar.” I could change them, but as they both mean the same and both are correct, I decided to leave both.

RV: Do you have a sense of the activity of communities using Diaspora* in Occitan?

QP: Somehow people still haven’t tried this social network. I wish people used tools that are available in Occitan, but at the moment it seems that only a few people value the availability of the language as a strong draw. In the case of Diaspora* in Occitan, it would be a really good way to gather people that want to support the language and so we can collaborate in other projects together. In my opinion “working for the language” has to be done in Occitan so as to be coherent. That is why I prefer to use open-source software because I know that if I have some time, I can contribute and give my language other chances to be seen and used by people.