An Afro-Colombian Model on “Social Bleaching” 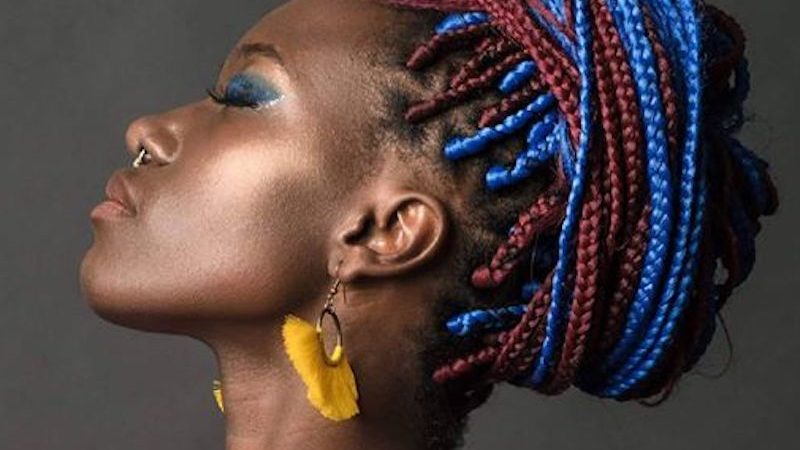 Juliette Minolta, as photographed by Paloma Fuentes. Used with permission from ‘Afroféminas’, the original publishers of the image.

The following is a testimony written by the Colombian model, Juliette Minolta, originally published by the site Afroféminas, based on her reflections on the Afro-descendant experiences and racism in Colombia and in other parts of Latin America. More than 10% of Colombian citizens are Afro-descendant, and they make up more than 90% of the population in regions like the Pacific/Chocó region. Today, they are one of the most empowered and dynamic Spanish-speaking Afrodescendent communities.

I was barely eight years old when I realized that I was different. When you're young and enter into a school full of kids, that's all you see—kids. I didn't perceive any differences, until one day someone screamed “Black girl!” at me, and everyone laughed.

I didn't get it at all, but that experience caused me to see a psychologist for the first time. Afterwards I understood that I was different. I didn't like that.

Later, when I was in high school, I remember all my classmates having straight hair. I thought their hair was pretty. Meanwhile, teachers talked about black ancestors as slaves. I figured I had come from slaves, and nothing more.

I was never told about Garvey, Mandela or King. No one ever told me about la Negra Casilda—a former slave and leader in the 19th century—and her stories about helping her people reach the palenque, a secret location where black people who had escaped enslavement could hide. There were never discussions about Rosa Parks, or that everyone came from Africa.

I was taught about Columbus and Washington and had to write many papers about people that. Honestly, I no longer remember. No one talked about the histories of black women in my classroom.

And I continued on to high school, straightening my hair and trying to appear as white as possible to gain social acceptance.

I remember a teacher who, every time he'd call on me, would use “black mannerisms”. I would tell myself that it was nothing, that it was only a joke, and that I should move on. And so I started trying to erase my way of speaking, my own black words.

I'm from Bogotá, Colombia, a city of white people. Back then, there weren't as many black people as there are today. I started using chemicals to straighten my hair and I abandoned my traditions. One day I even bought bleaching cream.

I was desperate—I had to whiten my skin. I hated that I was always the darkest one in the family.

My views hadn't changed upon entering the university. Whenever people called me “black girl” I'd say I didn't like it.

I grew up in a socially white environment, where being black is a bad thing, having kinky hair isn't considered pretty and where people think that being black means having a big butt and tits.

And well, you now know I have neither.

We didn't come from slaves, we came from human beings.

One day I was listening to music and the Barrington Levy song “Mandela Free” came on. That song encouraged me to investigate my ancestry. I realized that society had forced me to bleach myself. Taking “black girl” as an insult is something that so many Afro-descendant women deal with daily. Changing one's hair color just to be socially accepted is bad.

I wonder how many children “whiten” themselves socially without even realizing it. They are discriminated against, and ignorant of their ancestors and of the people who fought so history wouldn't repeat itself. What repercussions might those children have to deal with if we don't condemn this?

We don't come from slaves, we come from human beings who were enslaved. That's a fact school doesn't teach. For instance, a Chilean friend told me that he was never told about slavery or historic black leaders. How is that if Chile, where I'm living now, has always had black Chileans?

Why does education have to be so “white”, and why does the need to eliminate the image of blackness exist?