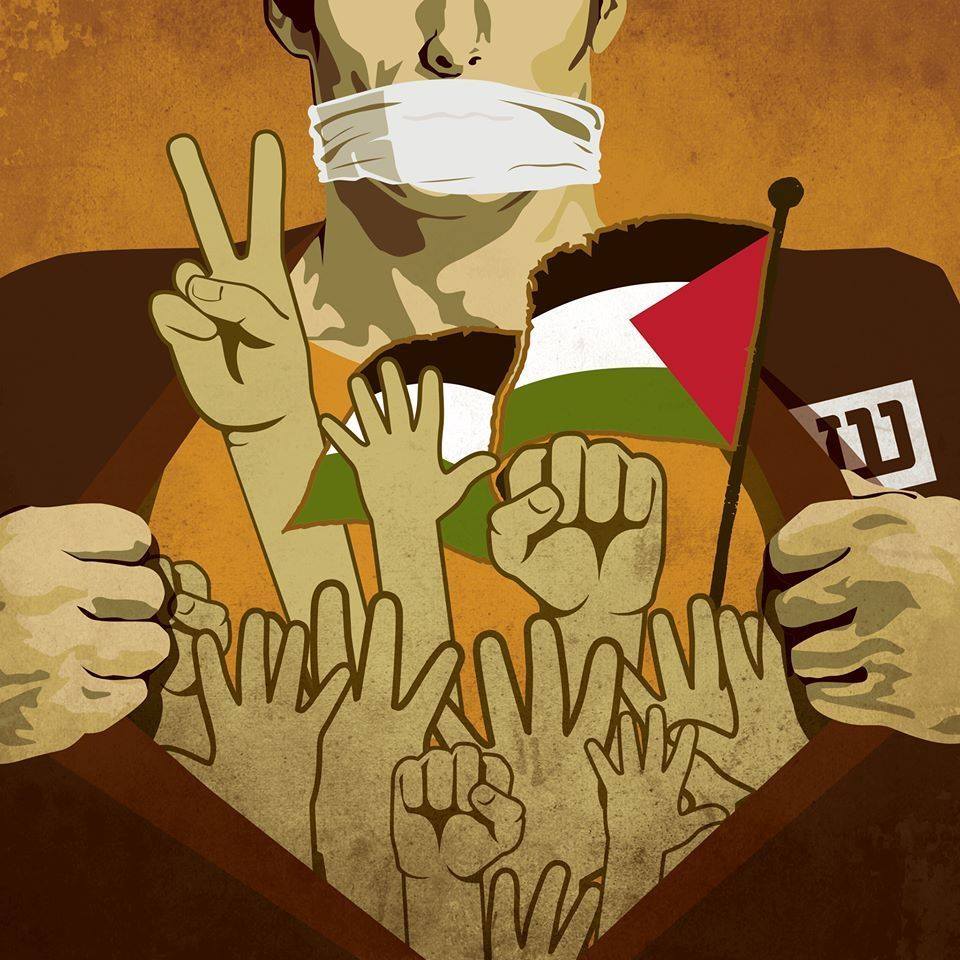 Over 1,500 Palestinian political prisoners in Israeli prisons have been on mass hunger strike, abstaining from food and drinks, for 30 consecutive days in a persistent struggle against abusive treatment.

Clashes in the West Bank have erupted as Palestinians rallied in support of the hunger strikers. On 12 May, Israeli forces killed a 23-year-old Palestinian in the West Bank village of Nabi Saleh by hitting him with a live bullet directly in his chest. Tens of other Palestinians were also injured in Nablus, Qalqiliya, and Hebron.

The open-ended strike started on 17 April, on the annual commemoration of Palestinian Prisoner's Day. Participants are demanding an immediate end to medical negligence, solitary confinement, and administrative detention, a quite common practice by Israeli authorities where a prisoner is detained for periods up to six months — renewed indefinitely — without a trial or charge.

30th DAY
Only water and salt, only desires of freedom, only justice and peace..#DignityStrike #اضراب_الكرامة pic.twitter.com/VMNvX0v0wn

Prisoners are also striking for better conditions such as longer and more frequent family visits, opportunities for secondary and higher education, and better access to medical care and services, among many others.

Israel has so far refused to respond to the prisoners’ demands. In response, Marwan Barghouti, the leader of the hunger strike, announced that he will escalate his strike and stop drinking water. “There is no backtracking. We will continue until the end,” he has said.

Barghouti also called on Palestinians to engage in civil disobedience to support the hunger strikers and commemorate the 69th anniversary of Nakba Day, the day that Palestinians mark the displacement that accompanied the creation of the modern state of Israel.

Israeli authorities have tried to stop the strike using a number of measures such as subjecting prisoners to sudden and frequent raids on cells with gas and police dogs, depriving prisoners of access to common areas, confiscating their clothes and personal belongings, separating participants from the movement's leaders, and confining them to solitary and dirty cells.

Right at the beginning of the hunger strike, the Israeli Prison Services moved Barghouti and two other prisoners, Karim Younis and Mahmoud Abu Srour, to solitary confinement. They also released undated footage that they alleged showed Barghouti snacking secretly in his cell; Bargouthi's family and supporters have said Israeli authorities are lying and that the video is more than a decade old.

Another tactic, as reported by the prisoners’ lawyers, is to expose the hunger strikers to food to put pressure on them or to withhold urgently needed medical help until they end their strike.

30 DAYS of no food.. and the world continues blindfolded..! #DignityStrike pic.twitter.com/FzBcqNHRag

Karim Younis, the longest-serving Palestinian prisoner in Israeli custody, wrote an open letter assuring the Palestinian people that the hunger striking prisoners will continue their movement despite Israel's repressive measures. He also said that the prisoners are ready for serious negotiations with the Israeli Prison Services:

From the cells of steadfastness, freedom and dignity in the isolation section of Ramla Prison, we salute you and appeal to you individually.

We assure you of our steadfastness and determination to achieve victory no matter how long the battle lasts.

We assure the masses of our people that the news of their solidarity and support reach us despite the isolation and siege, and we firmly believe in the inevitability of victory no matter how fierce the battle gets.

While the prison authorities have used all forms of repressive measures in order to break our will and subjugate us, these measures only increased our determination to continue with the hunger strike.

The full text of the letter is here on the website of the advocacy group called ADDAMEER Prisoner Support and Human Rights Association.