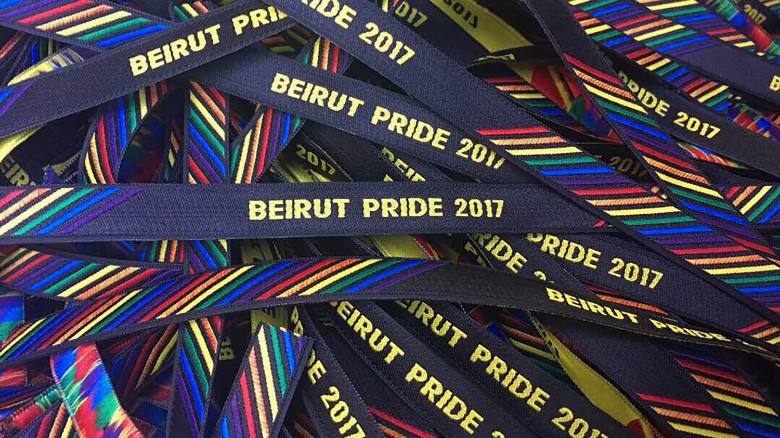 A number of events have been planned between May 14 and May 23, 2017. From a fashion exhibition to film screenings, passing by talks, workshops and gatherings, the idea is to present [1] “a positive stance against hate and discrimination in general, and those against gender and sexual diversity in particular.” The full list can be found here [2] and the associated hashtag is #BeirutPride.

Although there have been smaller events in the past, 2017 is seen as the first organized Beirut Pride.

The initiative had a rough start. The first event, organized by the Proud Lebanon [3] group, was supposed to take place on Sunday, May 14 in Beirut's Monroe Hotel on the occasion of the International Day Against Homophobia, Transphobia and Biphobia [4], which is usually observed on May 17.

The hotel, however, was pressured by a group of Muslim scholars to cancel the event. The scholars, members of the League of Muslim Scholars (Ulemas) in Lebanon [5] (هيئة علماء المسلمين في لبنان), released a number of statements on their Facebook page threatening to intervene with protests if the event were to take place.

Writing for [6] the French-language daily L'Orient-le-jour, Anne-Marie El-Hage [7] explained what happened next:

The victim of an organized campaign of pressure, intimidations and even threats by a number of Muslim authorities in the country, and not just extremists, the group was told by the security services of the hotel that it was persona non grata.

The statements in question, published on the Ulemas’ Facebook page, cite the all-too-common reasons opposing the rights of lesbian, gay, bisexual, transgender, queer, and other sexual and gender minorities (LGBTQ+). In one status [8], they urge the government to “put an immediate stop to this situation that has gone too far which threatens social security, conduct, values and public health and the structure of Lebanese families”.

Although Lebanon's is often seen as a relative safe haven [9] for LGBTQ+ in the Arab World, homophobia and transphobia remain widespread and LGBTQ+ people continue to face legal discrimination.

This is largely due to Article 534 of the law which states [9] that ‘any sexual intercourse contrary to the order of nature is punished by imprisonment for up to one year’.

This is not to mean that progress has not occurred. Article 534 has faced legal challenges and in 2013 Lebanon's Psychiatric Society made it the first Arab country to denounce [9] the belief that homosexuality is a mental disorder.

Speaking to Global Voices, Khaled Merheb, Proud Lebanon's lawyer, said that the government was asked by Proud Lebanon why it did not offer protection against these threats given that the group has been legally registered since 2014 (and should thus protect NGOs facing threats), but the government offered no explanation.

They said nothing about Beirut Pride in general but said that any event needs a prior permit from the general security and that the NGO should be registered with the Ministry of Interior. They said this while knowing that such events don't need a permit and that Proud [Lebanon] has been legally registered since 2014

Opposition to the event didn't just come from Muslim groups. The author of this piece also saw a WhatsApp message being distributed by members of a Christian Orthodox group in which members were asked to “pray against the threat of homosexuality”.

The message further said that “homosexuality is now recognized in most Western countries and it is now being promoted in Lebanon” followed by an invitation to a conference by a certain “doctor” who will present his view as well as that of the Church.

Consequently, the event did not take place.

But despite the bump on the road, the rest of Beirut Pride is still taking place.

It is motivated by a fundamental principle, that of “promoting self-affirmation and dignity” and opposing “hate speech and violence, especially those based on gender and sexual diversity” while advocating “non-aggression and an unbiased approach to preconceived ideas through social awareness initiatives”, as per the Beirut Pride Statement [10].

As part of the Beirut Pride events, the Cliffhangers [11] group, a Beirut-based storytelling community, organized a story night [12] on the night of May 15 under the theme “LGBTQ+ and allies and fluidity in all its forms”.

It was the “usual format”, Dima Matta, the group's founder, tells Global Voices, “a line up and then open mic”. Among the participants were Hamed Sinno, Lebanese band Mashrou’ Leila [13]‘s frontman; Laure Makarem, a feminist activist involved with the Feminist Network; Sinine Nakhle, a psychology instructor at the American University of Beirut; Lary BS, a Beirut-based costume designer, fashion stylist and consultant; and Nour Hajjar, a Lebanese stand-up comedian.

It was then followed with an open mic session during which several participants took to the stage to share their personal stories. 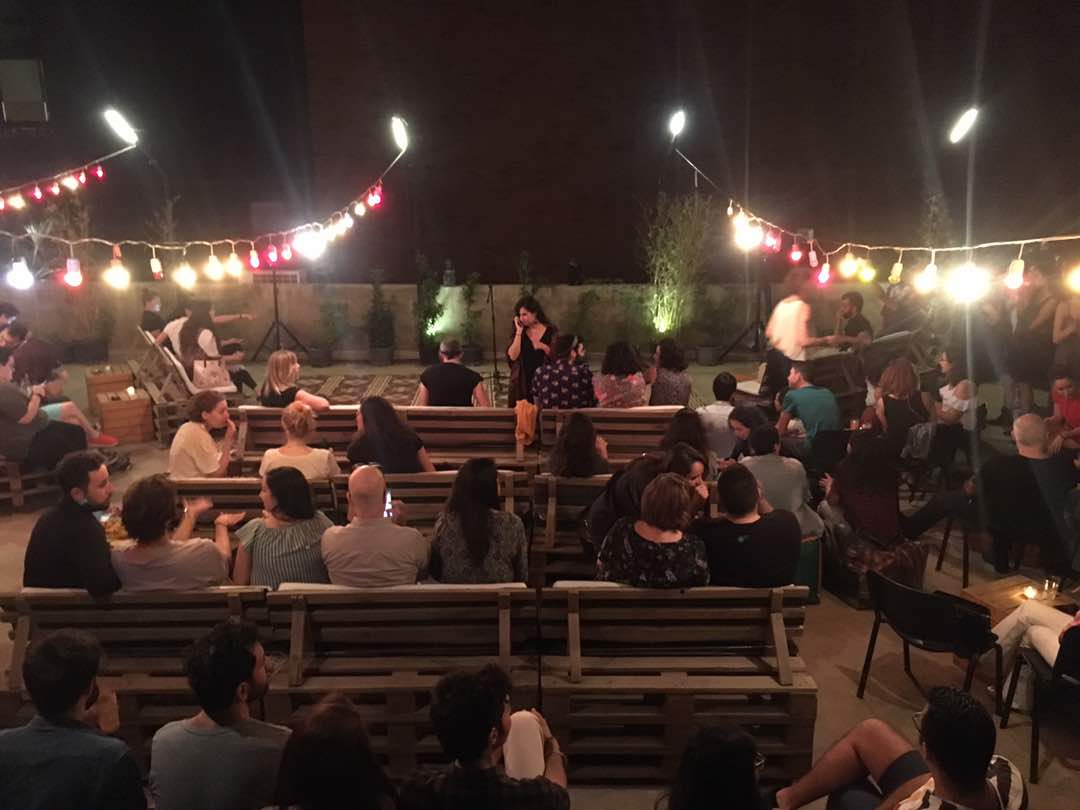 Photo from the Cliffhangers night. Used with permission.

On May 16, the Arab Foundation for Freedoms and Equality [14] (AFE), an NGO striving [15] to “have societies where sexuality, gender and bodily rights are promoted, recognized and respected”, hosted an open house [16] which included presentations on “How to Be Safe Online [17]” and “Lebanese Stances In Regard to Sexual and Gender Identities [18]“.

They also released a video [19] on their Facebook page narrated by Ameen Rhayem, AFE project coordinator and presenter at Tele Liban, Lebanon's first public television network, that aimed to raise awareness regarding the correct terms to use in Lebanese media when talking about the LGBTQ+ community.

He explained the difference between sexual orientation and gender identity, used the term “Al Meem” (Arabic acronym) to describe LGBTQ+ and denounced homophobic and transphobic language still prevalent in much of Lebanese media.

The video was significant because it used the Arabic words for LGBTQ+, homophobia, transphobia and so on. This is a conscious decision that many LGBTQ+ activists and allies have taken over the past few years to make sure to reach a wider audience as it is still common to use the English terms while in Arabic, derogatory terms are usually used instead.