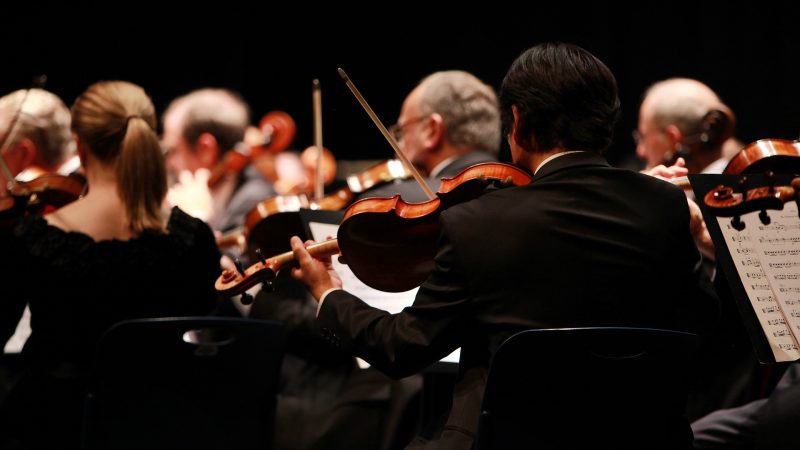 To protest against the border wall that divides the United States and Mexico (the same one Donald Trump has vowed to expand), Germany's Dresden Symphonic Orchestra will stage a concert with musicians from both the U.S. and Mexico on June 3, 2017, at Friendship Park, on the border between Tijuana and San Diego.

Friendship Park is a popular weekend destination for hundreds of families in Mexico and the U.S., where relatives reunite if only for a few brief moments, speaking through a tall fence.

The event has been named “Tear Down This Wall” — a reference to Ronald Reagan's June 1987 speech in West Berlin, addressed to Soviet leader Mikhail Gorbachev. Organizers say they hope the concert will demonstrate how these two countries are united, despite the division of walls and borders.

30 years after Ronald Reagan’s famous demand ‘Mr Gorbachev, TEAR DOWN THIS WALL!’, the Dresdner Sinfoniker will not only protest against President Trump’s so-called ‘beautiful wall’ but also against European isolation and, most importantly, against the walls in people’s minds.

Organizers raised funds for the event on Kickstarter, where they describe the concert as a bridge-builder:

Together, we will demonstrate that music knows no boundaries and art can help to build bridges across all barriers.

Being from former East Germany we have witnessed the impact of isolation and political walls. It is a bad idea!

Together we will raise our voices like the citizens of East Germany did during their peaceful revolution.

UPDATE: The @DresdenSymphony has reached its fundraising goal & will perform a protest concert on both sides of the US-Mexico border pic.twitter.com/xH1U7GeZEx

In addition to the concert at Friendship Park, the symphony's director, Markus Rindt, has also invited artists and musicians from all over the world to stage their own artistic performances at various points along the border between Mexico and the U.S., which stretches more than 3,100 kilometers (almost 2,000 miles).

Rindt is also soliciting photos and videos from those who support his group's actions but can't physically attend the concert in June, and he encourages Internet users to share their support using the hashtag #teardownthiswall.

Speaking to Mexican journalist Carmen Aristegui, Rindt said his group's campaign is tied to the migrant crisis in Europe and the Mediterranean, as well as the rise in isolationism and nationalism on a global scale.

It will be a world premiere of a piece in which child and adult choirs, rock, pop and jazz bands are all expected to come together in unison in their interpretation of music from Frank Zappa, Carlos Santana, Pink Floyd, and Tijuana No.

The marathon piece will be livestreamed and Rindt welcomes the likelihood of the demonstration being reproduced throughout the day in other U.S.-Mexico border towns, such as Juarez, Mexicalo, and El Paso.

#Teardownthiswall is just one of several current efforts by the Dresden Symphonic Orchestra, whose work has blended socio-political issues and cultural themes for the last decade. In many ways, the group's June concert resembles “The Wall” by documentary photographer Griselda San Martin, who wanted to show that a world without metal fences and military detainees is more promising than one driven by fear and hate.