Why 78 Asylum-Seekers Marched to the US Border, Even Though Their Requests Will Probably Be Denied 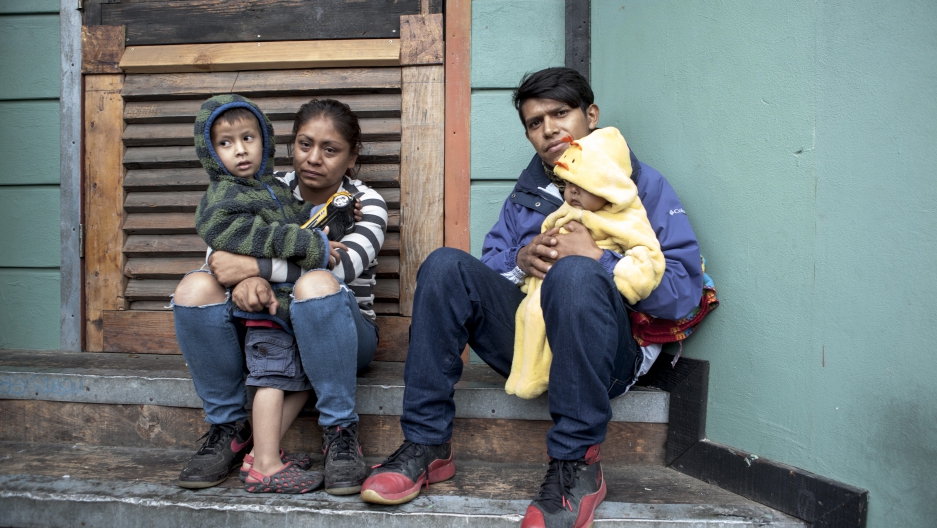 People fleeing violence in El Salvador sit outside the Enclave Caracol space in Tijuana before the Caravan of Refugees approached the US border on Sunday, May 7, 2017. Credit: Erin Siegal McIntyre/PRI

This story by Erin Siegal McIntyre originally appeared on PRI.org on May 8, 2017. It is republished here as part of a partnership between PRI and Global Voices.

In the evening of May 7, 2017, over six dozen Nicaraguan, Salvadoran, Guatemalan and Honduran migrants arrived at Tijuana’s northernmost edge to request asylum, en masse, at California’s San Ysidro Port of Entry.

The youngest was just 3 months old.

Organized by a team of American and Mexican activists from the group Pueblo Sin Fronteras, the Viacrucis de Refugiados, or Caravan of Refugees, left the southern Mexican border city of Tapachula on April 9.

A group of 200 Central American men, women and children then traversed Mexico together via bus, foot, van and by hitching rides aboard the tops of the Mexican cargo train network known as La Bestia.

Arriving in Tijuana the first weekend of May, 78 members of the group marched to the US border on Sunday, May 7.

Jimmy Antonio, 16, of El Progreso, Honduras, had been traveling alone. “The gang killed my brother,” he said, explaining that gang members had beaten him and promised to kill him, too.

His newfound friend, Aron Mendez, 19, fled La Ceiba Atlantida, Honduras, for similar reasons. The two teens became friends after joining up with the Caravan in Tapachula.

“Even though we’re all from different countries, we supported each other and overcame challenges together as a group,” Mendez said.

Yet even though all 78 migrants from the Caravan of Refugees who turned themselves in at the border were taken into US custody, their prospects of actually being able to stay are grim. 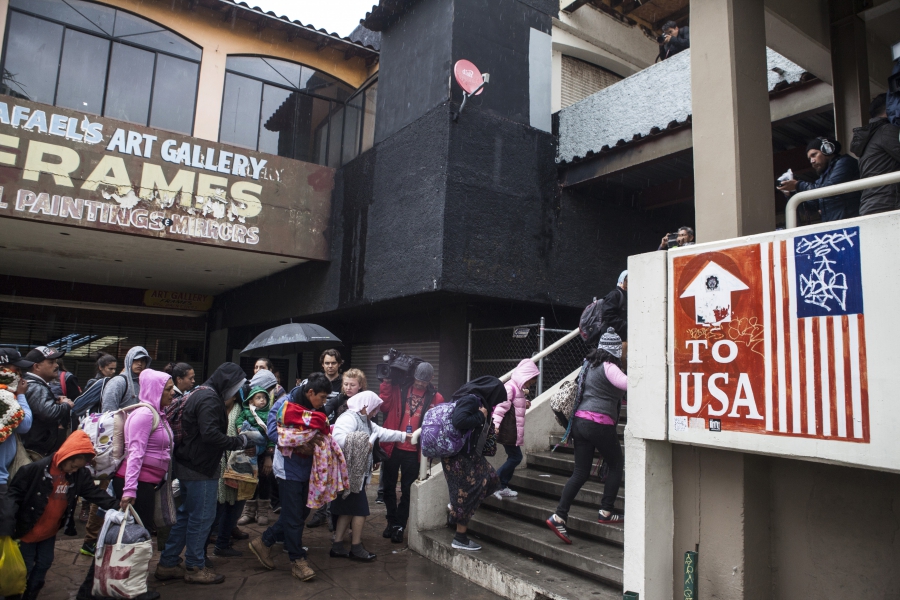 A group of 78 Central American migrants made their way to El Chaparral, the pedestrian entrance from Mexico into the San Ysidro Port of Entry to request asylum en masse. Credit:
Erin Siegal McIntyre

Statistics crunched by the University of Syracuse’s Transactional Record Access Clearinghouse (TRAC) show that the majority of asylum applicants are denied.

For fiscal year 2016, the overall denial rate was 57 percent. For Central Americans, it’s even higher. Only around 10 to 23 percent are granted asylum.

That means an estimated minimum of eight out of the 78 asylum-seekers are likely to be able to stay in the United States.

That’s also why some refugees, like Griselda, a transgender woman from Honduras, decided to remain in Tijuana instead of requesting asylum.

“I’m too scared to go into the United States,” she said, explaining that she was terrified to risk deportation if her asylum claim was denied. For her, the chance of being killed upon her return to Honduras seemed certain.

The Caravan’s arrival at the border is timely. US Homeland Security Secretary John Kelly recently said he believed that the “vast majority of people” who presented asylum claims were not credible. 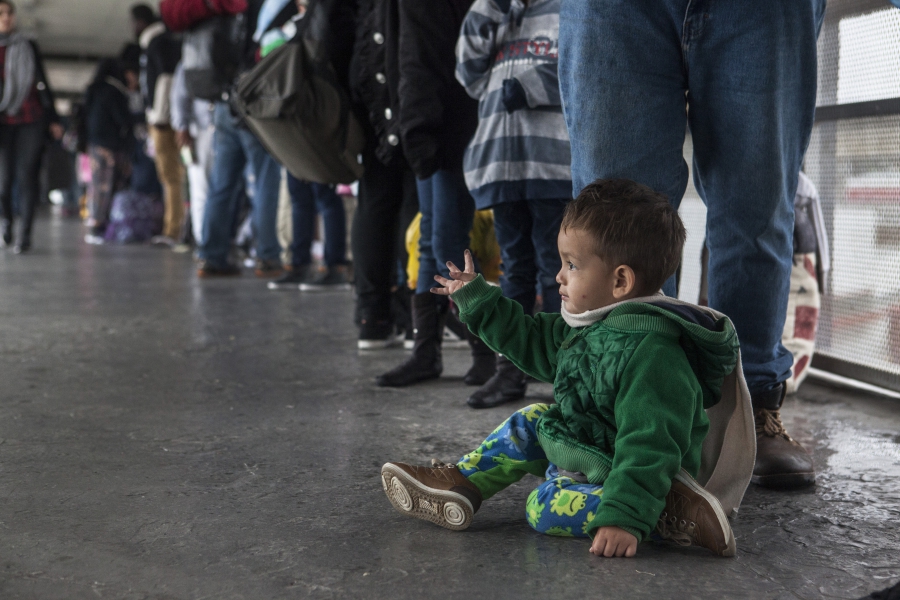 A young Central American boy sits while waiting in the line of asylum seekers who turned themselves in at the US border on Sunday, May 7, 2017. Credit: Erin Siegal McIntyre

Human rights groups pushed back, saying many seeking help at the US border were being turned around without having their claims processed at all.

A report published May 3 by the organization Human Rights First documented 125 separate instances of asylum-seekers being turned away instead of having their requests evaluated. Cases were documented at seven ports of entry across California, Texas and Arizona.

Under US law, Customs and Border Protection agents are required to turn asylum-seekers over to specially trained officials from US Citizenship and Immigration Services, who then conduct credible fear interviews to determine whether there may be merit in a refugee’s asylum claim.

The agency has previously said they’re following the rules.

But that’s not always happening, said American attorney Nicole Ramos said. “They’re being told, ‘We’re not taking people like you,’ or ‘There is no more asylum,’” she said. “By refusing to follow that process, the US government is basically forcing people to cross illegally.”