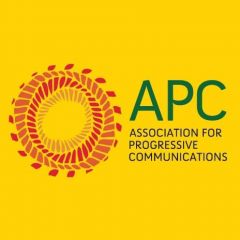 Written byAssociation for Progressive Communications
Posted 12 May 2017 13:12 GMT
Share this:

A version of this post was originally published on the website of the Association for Progressive Communications (APC), which aims to promote the use of the internet for social justice and sustainable development.

The isiXhosa word “Zenzeleni” means “do it yourselves,” which is precisely what the village of Mankosi, located in South Africa’s Eastern Cape, has been doing to address their high costs of telecommunications. Through a community-owned, solar-powered mesh network, residents of this rural village now have access to more affordable telephone and internet access.

Zenzeleni Networks, as the initiative is called, is registered as a cooperative in the rural traditional community of Mankosi located within the Nyandeni Local Municipality in the Province of the Eastern Cape, considered to be one of the more disadvantaged areas of the country. The project, which is a part of the APC network, seeks to create a model for the sustainable implementation of bottom-up village telecommunications services in rural communities in South Africa.

In many parts of the country, rural areas lack internet infrastructure, and initiatives such as Zenzeleni are working collaboratively to change that.

Researcher Carlos Rey Moreno at the University of the Western Cape found that in a country with stark income inequality, residents of Mankosi had been spending approximately 22% of their incomes on communication. This percentage was significantly higher than the target of 5% of average monthly income spent on broadband set by the International Telecommunications Union.

Zenzeleni cites a lack of competition in many rural parts of the country as one of the major reasons why these communications costs have been so high. So, in order to provide lower-cost communication services, the village of Mankosi needed to take matters into their own hands.

Zenzeleni co-founder Masibulele Jay Siya, who also works with the Department of Computer Science at University of the Western Cape, told APC in an interview:

Most people in rural South Africa don’t have any internet infrastructure and this limits their access to better skills and living conditions in today’s world. But if you want to help, you have to do it by empowering people in a way that they see the value of being connected. So talking to local authorities is the first thing we did, making sure everyone else in the community had a say.

Getting community buy-in was essential, so the “inkosi” (chief) organized a village meeting to explain the project in detail, as well as select households that would function as “nodes,” or host technology that distributes data along the network.

Zenzeleni explains on its website how its mesh network works with greater detail:

The basic difference between a traditional telecoms network and a mesh network is that the traditional kind consists of large, expensive central beacons or masts that each user device (like a mobile cellphone) connects to, while a mesh consists of scattered (small, cheap) nodes, each of which can connect with a number of others. A message spreads from one part of a mesh to any other part by passing through as many nodes as necessary.

In a traditional network, the beacons are usually connected to each other (and the world) by a “backbone” landline or microwave radio link. A mesh network may or may not have a “gateway” which is just one of its nodes which is also connected to a traditional network. Thus if one member of a mesh has an internet connection, it can be shared by the whole mesh. But the nodes still connect with each other when there’s no gateway – e.g. the Mankosi community can phone each other for free even if their internet connection is broken.

The initial meetings with residents were followed by a series of administrative necessities to register the project as a cooperative so it would be owned by the entire community. In addition, opening a bank account and soliciting licenses and exemptions from the Independent Communications Authority of South Africa (ICASA) were additional important steps in the process.

With an initial budget provided by the University of the Western Cape for hardware and installation training, the project sought the assistance of local residents to help build and install the network infrastructure. Solar panels provide power to the network, since electricity is not available in the village, and help charge the mobile phones.

‘It is about the collaboration’

When asked about the biggest challenge they have faced, Siya mentioned initial resistance to change:

Technological changes involve frustration, and you need sustainable solutions. In many rural areas we found computers that were sitting there and no one used them because no one was ever taught how. So a big part of our work now is to provide services to schools, gathering data to see what they may need internet for, so that they find it useful, and creating a sustainable solution for teachers to use them with students. There had been training projects before, but not bottom-up approach projects, so they were never owned by the community. Training is needed and we want to do it locally, through local people, training trainers.

Everything about Zenzeleni Networks emphasizes the importance of the community. This includes providing related services in the language spoken by residents — users can access and interact with voice menus in isiXhosa to select if they want to pay for service in the form of prepaid money or vouchers — which is another advantage of having a locally owned network. Siya concludes:

We understand community as people getting together to see what the problems are and find solutions together. Of course all of this is not about the internet itself, it is about the collaboration, the skills, the social needs, the building something together.