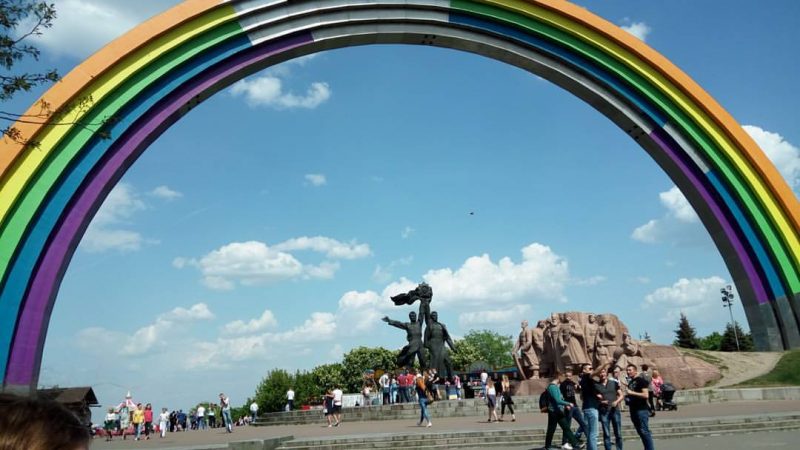 As this year’s Eurovision Song Contest enters its final weekend, a half-painted rainbow arch meant to symbolize the event’s slogan, “Celebrate Diversity,” hovers ominously over the center of Kyiv.

After far-right leaders complained that the colorful paint job amounted to homosexual propaganda, the city promptly halted the makeover of the giant arch, which was renamed the “Arch of Diversity” for Eurovision (it was previously known as the “Friendship of Nations Arc” and was dedicated to Russian and Ukrainian unity in the Soviet Union).

The incomplete monument serves as a conspicuous reminder of Ukraine’s unfinished battle against homophobia—a problem that has been accentuated by a recent spate of homophobic attacks.

According to Anna Sharyhina, a Ukrainian LGBT activist and Program Director of KyivPride, numerous vigilante groups across the country have intensified their attacks on homosexuals, who are often portrayed as pedophiles, over the last several months. “Hundreds of videos from Zaporozhye, Nikopol, and other cities are already online, and there will only be more of them to come. It’s very important to unite and stand against hate crimes,” she wrote on Facebook on April 11. 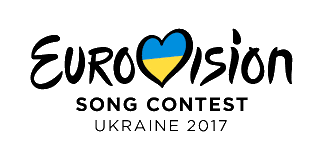 These groups, which go by names like Naslediye (“Heritage”) and Modnyi prigovor (“Fashion Judgment”), are Ukraine’s homegrown spin on “Occupy Pedophilia,” a Russian movement fronted by the neo-Nazi Maxim Martsinkevich, and known colloquially as Tesak (which means “Hatchet” in Russian). Since 2012, Occupy Pedophilia has targeted gay and bisexual men through social media and online dating websites, posing as minors to arrange meetings. Upon meeting, victims are beaten and humiliated, their heads shaved and painted as they are forced to pretend to have oral sex and reveal personal details on camera. The videos are then shared online.

In 2013, this “activist movement” came to Ukraine, where it was dubbed Holubyatnya Het’!, or “Fags Get Out!”

Ukrainian vigilantes have followed in Occupy Pedophilia’s footsteps. On Vkontakte, for instance, Naslediye-Zaporozhye (Heritage of Zaporozhye) touts itself as a “social movement aimed at exposing individuals who encroach on the dignity of children.” To date, hundreds of online videos have been posted in which victims, many of whom appear to have been freshly beaten, are coerced into revealing their full names, addresses, birthdates, and places of study or work – as well as information on their sexual preferences and experiences.

Although these groups claim to be protecting the public, their violent and lawless tactics, along with their derogatory rhetoric, destroy lives and endanger the LGBT community. By proliferating these videos across social media platforms, they foster a culture of fear and hatred towards LGBT people in a country where homosexuality is already conflated with pedophilia. This brand of digitally-enabled vigilantism in turn empowers others to commit hate crimes—whether on the basis of sexual orientation, ethnic identity, or religious beliefs.

Unfortunately, it is not only organized groups that threaten the rights and safety of Ukraine’s LGBT population. On May 6, the non-profit organization Gender Z held a “Rainbow Flash Mob” in the city of Zaporozhye in southern Ukraine, in which local activists held “Celebrate Diversity” signs decorated with symbols representing various marginalized groups. After the demonstration, three participants were attacked and beaten by unknown assailants.

Meanwhile, in Kyiv, tens of thousands of Eurovision fans have gathered to revel in the very same motto that sent one of Gender Z’s activists to the hospital.

Until May 15, these visitors will also have the opportunity to view the ill-fated rainbow arch. Although the monument will subsequently be washed of its colors, the underlying ideological conflicts it symbolizes cannot be erased. With the sixth annual KyivPride LGBT festival only one month away, the question remains: will Ukrainian society finally embrace diversity—or continue to allow it to be erased?