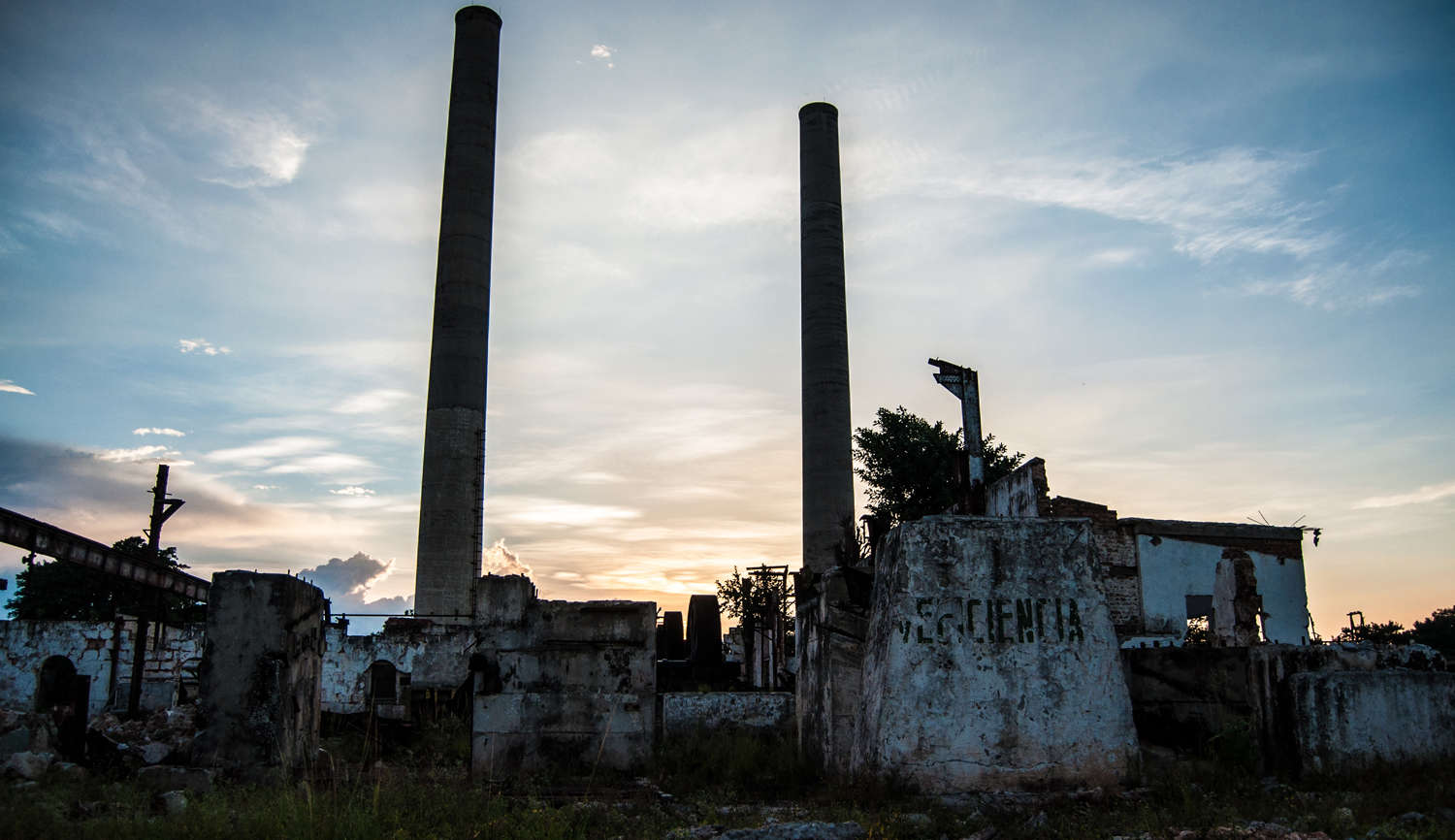 After the closing of the mills “about 272 employees had to reinvent themselves. Some changed jobs. Others traveled daily to mills that continued grinding.” Photo by Julio Batista for Periodismo de Barrio, used with permission.

The people's council of Gregorio Arleé Mañalich, in the western province of Mayabeque, is better known as el Central, which means sugar mill in Cuban Spanish. However, sugar harvest isn’t talked about there anymore. Twelve years ago, production at the mill was halted, and then came the dismantling. Piece by piece, the mill was taken apart until there was nothing more than steel infrastructure and concrete.

About 272 employees had to reinvent themselves. Some changed jobs. Others traveled daily to mills that continued grinding.

The sugar harvest doesn't worry Nene, an old welder who still gets up everyday at 4 in the morning. He doesn't lose any sleep over the sugar harvest. But then he heard that there were mills in the east that had begun grinding again after a lot of inactivity. They had apparently been maintained.

That did keep him awake that night.

In Mañalich, Nene remembers perfectly, they said they’d maintain the mill, but they didn't.

The sugar industry in Cuba has encountered many merciless hurdles: the collapse of the socialist block, low market values, inefficiencies, bad administrative decisions and climate change.

In 2016, production was at 1.6 million tons of sugar, less than what was being produced back in 1910. That kind of news would have shocked the nation decades ago, but the failure of the sugar cane harvest is no longer a concern in Cuba.

Why was the sugar cane industry dismantled? 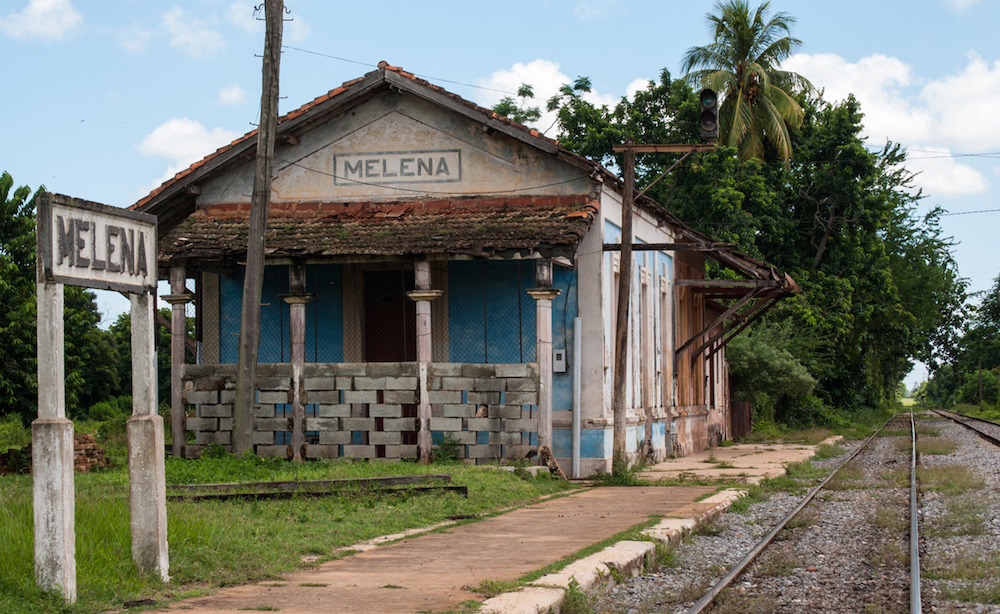 The downsizing of the sugarcane industry was an economic necessity: the total of 155 mills—which were technologically behind and uncompetitive—was unsustainable for the country. The initial approach was to consolidate the production efficiently, with a cap of 4 million tons a year.

Only the factories capable of producing sugar at a cost of 4 cents a pound or less would remain. And the solution to the unemployment that came as a result: going back to school.

The motives to take such measures were the low productivity of sugarcane fields and the slump on sugar in the global market.

However, the price of sugar began to improve over a decade ago.

From 2017 through 2025, the price of unrefined sugar is expected to level off between 15 and 16 cents per pound, according to the 2016 edition of the “Agricultural Perspectives” from the Organisation for Economic Co-operation and Development (OECD) and the Food and Agriculture Organization of the United Nations (FAO).

Had production in 2001 been maintained (3.6 million tons), about 815 million dollars would have been made from the export of unrefined sugar.

“Today will surely become a historic day” were the first words of Cuban President Fidel Castro during his speech on October 21, 2002 at Lavandero mill. So began the restructuring of the sugar industry.

In the following years, a total of 98 mills would be closed down and more than 65,000 people would receive their full salary for going back to school. The Gregorio Arleé Mañalich mill's turn would arrive on May 14, 2004.

Luis Alberto Pérez (or Nene, as everyone calls him) had worked there since 1967. When he speaks of the closing of the sugar mill, the word he repeats the most is “deception.”

Almost all the interviewees agree: They were never told that the mill would be dismantled.

A team stayed on to work full-time on preserving the place. But before the first year was up, letters began to arrive. They were formulaic documents in which the only things that changed were the names of the pieces to be extracted, the recipient and the date. All were signed by the Cuban minister of sugar at the time, Ulises Rosales del Toro. Only the minister could authorize each extraction. Further responsibilities would be delegated afterwards, however, and the letters would arrive more frequently.

For two years, Juan Carlos Rivero was head of the Closed Factory (the official name given to mills and agro-industrial complexes that had to be closed down) and amongst those who received the letters. “The country had neither money to buy supplies, nor spare parts for the factories that were functioning,” he assures.

Eddy Reyes, 64, is waiting to reach the retirement age at another mill, the Bouris Luis Santa Coloma. Against his will, he had to dismember the installations he had put in place before. With each piece he stripped, he was dismantling 31 years of his own life.

The direct legacy of closing a hundred sugar mills has been a string of communities with engineers and technicians that, suddenly, didn't have any factories to help operate or repair.

The best distributed industrial branch of Cuba and the oldest employment source in the nation were eliminated; and in many ways, no alternatives were created for those lost jobs or for the services in the communities where the mills were located.

We will never know if during his lengthy inauguration speech on October 21, 2002, the Cuban president looked in the faces of those who were listening to him when he guaranteed that everything was going well in the factories that had stopped grinding five years prior.

The impact of closing the sugar mills on people 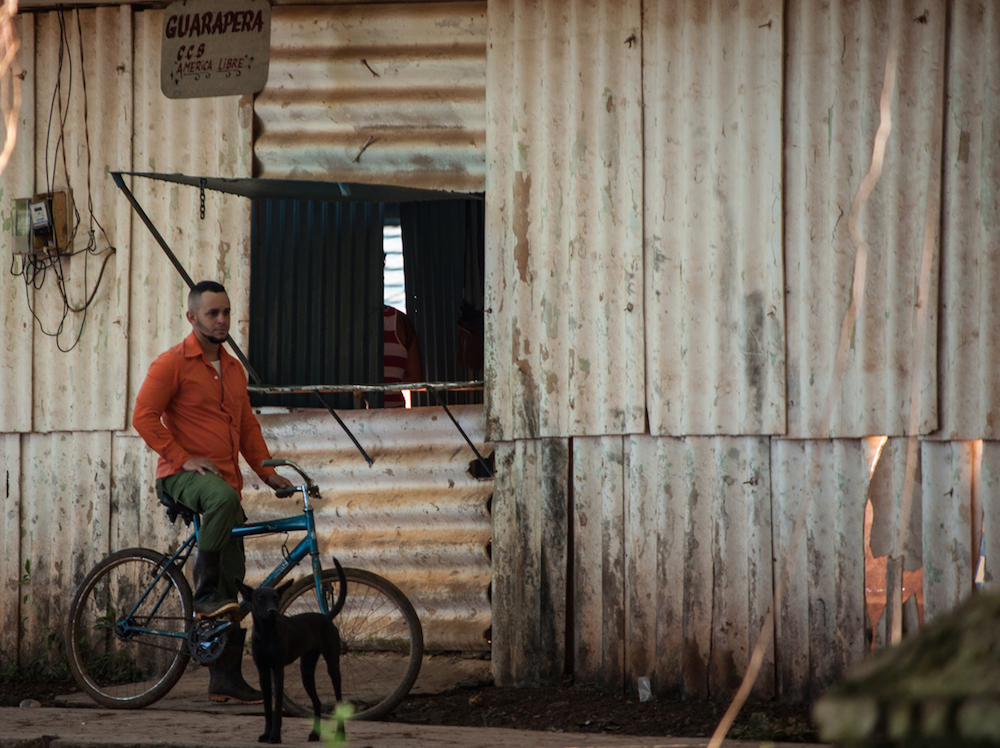 After 2004, in Mañalich, the only place that processes sugar cane are “guaraperas”: small places where the sugar cane is squeezed to make juice. Photo by Julio Batista, used with permission.

Two years later, the people's council of Gregorio Arleé Mañalich would realize that, when a mill closes, a lot of things change, but almost never for the better.

When the mill closed, or rather, when it was destroyed, they also stopped paving highways and thus, services declined.

Without work in the town and too old to study, Nene and Eddy had to go work for other mills. They became replacement parts. Without a hopeful future in their isolated town, many other young people finally left too.

In the small neighborhood surrounding the sugar mill, a pasta factory was built, but it couldn't even produce enough noodles to feed the municipality. The scraps of the sugar mill that remained at the base of the new establishment remained untouched, imposing.

At the end of 2016, Nene returned from the Boris Luis Santa Coloma mill to the ruins of the place where he had started working. Forty-nine sugar harvests allowed him to settle in Mañalich with more than 2,000 pesos.

Nene — black, short, with few teeth and a clear voice — is not a spiteful man, but he will never forgive them for lying to him. The distress has consumed him over the last decade. He retired at 65. But it wasn't because he lacked strength; rather, because he was bitter.

This article is an exclusive Global Voices extract. You can read the full-length Spanish-language article here [1] as well as other articles by Julio Batista here [2].