A glimpse into what life is like in Japan's capital city. 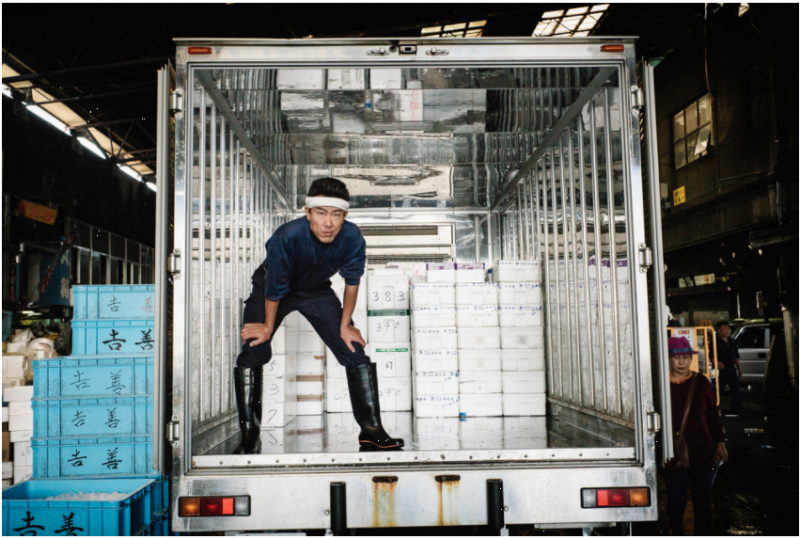 Lee Chapman is a street photographer who prolifically documents life in Tokyo. While Chapman, a professional photographer who shoots for the Guardian, the Economist, the Daily Mail and other publications, maintains a portfolio, his blog Tokyo Times is updated three times a week.

Chapman has lived in Japan since 1998. He originally intended to stay for a year or two, but now he says Japan is his home. According to a recent interview available online, Chapman says using a Leica M8 Rangefinder — the relatively small camera allows him to approach his subjects — has influenced his work.

While Chapman documents life in and around Tokyo, recent blog posts have also captures haikyo, a genre of photography that documents the slow decline of abandoned buildings in Japan and elsewhere.

New photos: The silence of an abandoned Japanese village https://t.co/HCWfrLARdF

Finally got round to adding an Abandoned Japan section to my portfolio: https://t.co/BH5MxppXnk pic.twitter.com/7hNNz8qLjy

There is something for almost every interest on Chapman's blog, include more formal portraits:

At its best, Chapman's blog captures scenes of everyday life in Japan, some of which may not be around for much longer:

Since Chapman is so prolific, it can be challenging to figure out how to start exploring his images. Luckily, Chapman has listed his “favourite images of 2016“, which provide a good introduction to his street photography.

If you're interested in some of the more technical details of how Chapman approaches photography, there is an excellent interview with yet another Japan-based photographer, nature and wildlife photographer Martin Bailey.

Besides Chapman's blog and portfolio, his photographs can be found on his Tokyo Times Instagram and Twitter accounts.