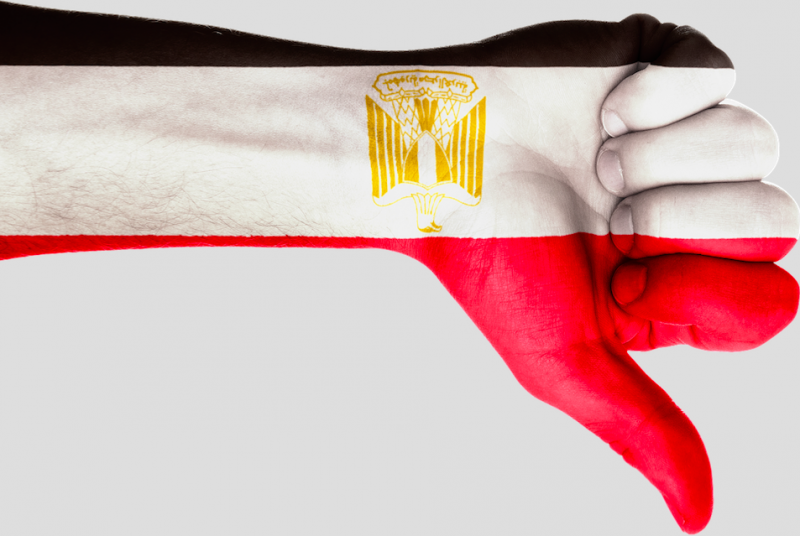 Image via Pixabay and altered by Global Voices. Released to public domain under CC0.

Sixty Egyptian members of parliament recently approved a draft law on “the regulations of using and exploiting social media networks.” If adopted by the parliament, the law would require social media users in Egypt to register with a government authority in order to use social media websites including Facebook and Twitter.

The law would establish a department tasked with granting citizens permission to use social media. Within six months of the law's adoption, users would have to register on the department's website with their real names and state ID numbers to be able to use social media networks. Failure to do so could bring punishment of up to six months in jail and a fine.

The six-article draft law, which was circulated by local media including Youm7 and Egypt Independent, defines social media as “any application that works via the internet and is used to communicate with others via voice, video messages and text.”

It is unclear how the law would be enforced once adopted, as the draft does not indicate how Egyptian authorities could impose registration on users or to detect those who do not register, give that the Egyptian government does not currently have the ability to regulate social media companies at this level. But the bill's sponsor MP Riyad Abdul Sattar told Al-Monitor that registered users will get a username and a password from the telecommunication ministry “to get through the firewall blocking Facebook.”

This could mean that Egypt plans to create a national-level firewall around Facebook, through which they could then require Egyptians to submit identity information in order to access the network. But no such plans are known to exist, as of yet.

I highly doubt the technical capabilities and understanding of any authority in Egypt towards tech-related matters. In my opinion, the same way they think of controlling physical public and private spaces by force is how they imagine it could be done online. If I will take them seriously, this means they are going to deploy a strong monitoring system to filter out citizens who apply for an approval or don't, and this means a crazy system to monitor people's activities and also referring them to trial. It is not realistic at all technically — but in Egypt everything is possible

To become law, the bill will first need to be discussed by the parliament's legislative and constitutional committees before it is referred for plenary debate. Whether its adoption and enforcement are successful or not, the bill is “consistent with the pro-military mindset in the parliament that is set maximize control and make sure no different narrations are present on the scene,” Raoof said.

Last year, MP Tamer El-Shahawy proposed an anti-cyber-crime bill which would prescribe a life prison sentence for those convicted of “threatening public order” and “incitement to protest”.