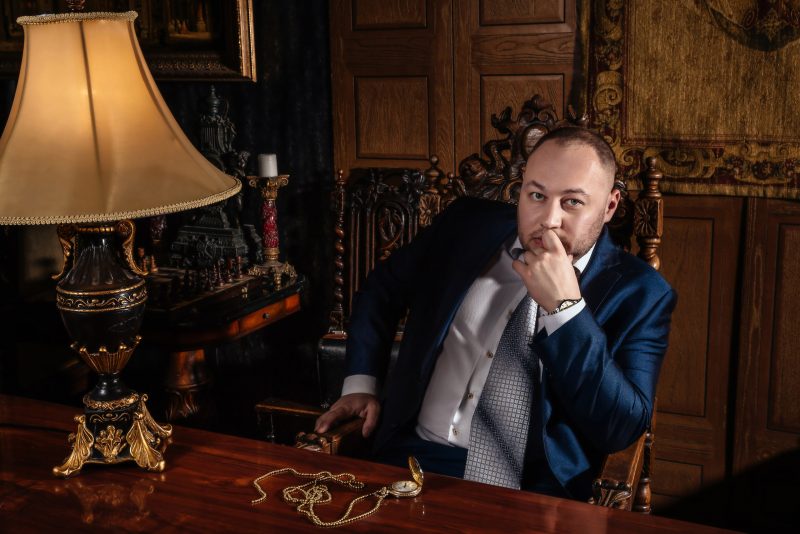 Be careful when calling the hotline at “FROG,” a psychological help center in St. Petersburg; you might need more support after the call than you did before you picked up the phone.

That’s what one young man learned last week, when he called the center’s hotline for counseling. A gay man, he was told by FROG’s phone operator, “This line isn’t for faggots,” and then the operator promptly hung up.

On social media, the caller later tracked down Alexander Bronshtein, FROG’s director, and informed him about his employee’s unprofessional behavior. After hearing the complaint, Bronshtein answered, “You were told that [we] don’t work with faggotry [sic] and then you were wished all the best. What was rude about this?”

At this point, it became clear to the young man that Bronshtein condoned his staff’s mistreatment of gay callers to the FROG counseling hotline. Bronshtein even argued that “faggotry” (pedorastiya) is an acceptable psychological term, explaining in a chat on Vkontakte that “disseminating this phenomenon” is illegal in Russia.

The young man then brought his story to Lena Klimova, a Russian youth LGBT rights activist famous for founding the “Children 404” support group, where young LGBT Russians counsel each other.

In a Facebook post, Klimova pointed out that FROG says in its “statement of trust” that the service is open to everyone. In fact, the center’s website literally states, “If you’re sad, lonely, and in pain, call us! We will help everyone!”

Bronshtein responded by posting an angry diatribe on Vkontakte, where he cited Soviet-era psychological research arguing that homosexuality is a disease that requires treatment. These “findings” were from 1988, when the USSR still criminalized sodomy, throwing men in prison for as many as eight years, if convicted.

Bronshtein also shared a link to the young man’s Vkontakte account, effectively outing him as gay. “We really don’t treat people for faggotry and this caller was informed of that, and wished all the best. Except you [Lena Klimova] erased his information for some reason, and left mine. If you’re taking screenshots, then do a full screenshot. You don’t need to hide your friend’s name,” Bronshtein explained.

This Vkontakte post soon disappeared, but not before users were able to archive it and spread new screenshots.

One Vkontakte user was able to correspond with Bronshtein directly, messaging him to say that perhaps he’s not cut out for counseling, if he uses slurs when speaking to gay men who ask for help. Before disabling his messaging, Bronshtein took this as an opportunity to argue again that homosexuality is a “deviation” that needs to be treated by “behavioral therapists and psychiatrists,” not psychologists, he said, adding questionably that “psychologists only work with the norm.”

On social media, Russians aware of this story have debated whether FROG has the legal right to deny service to gay people. Those who disagree say Bronshtein may have committed a hate crime by revealing the young caller’s identity against his wishes.

The counseling center, at any rate, hasn’t wavered on its refusal to help gays. Hours after Lena Klimova revealed how FROG treated the young gay man who called its hotline, the center’s Vkontakte page uploaded a video (see above) showing Vladimir Putin in 2013 defending Russia’s ban on so-called “gay propaganda,” where the president insisted that the law is meant to protect children from such information, not penalize gay people.