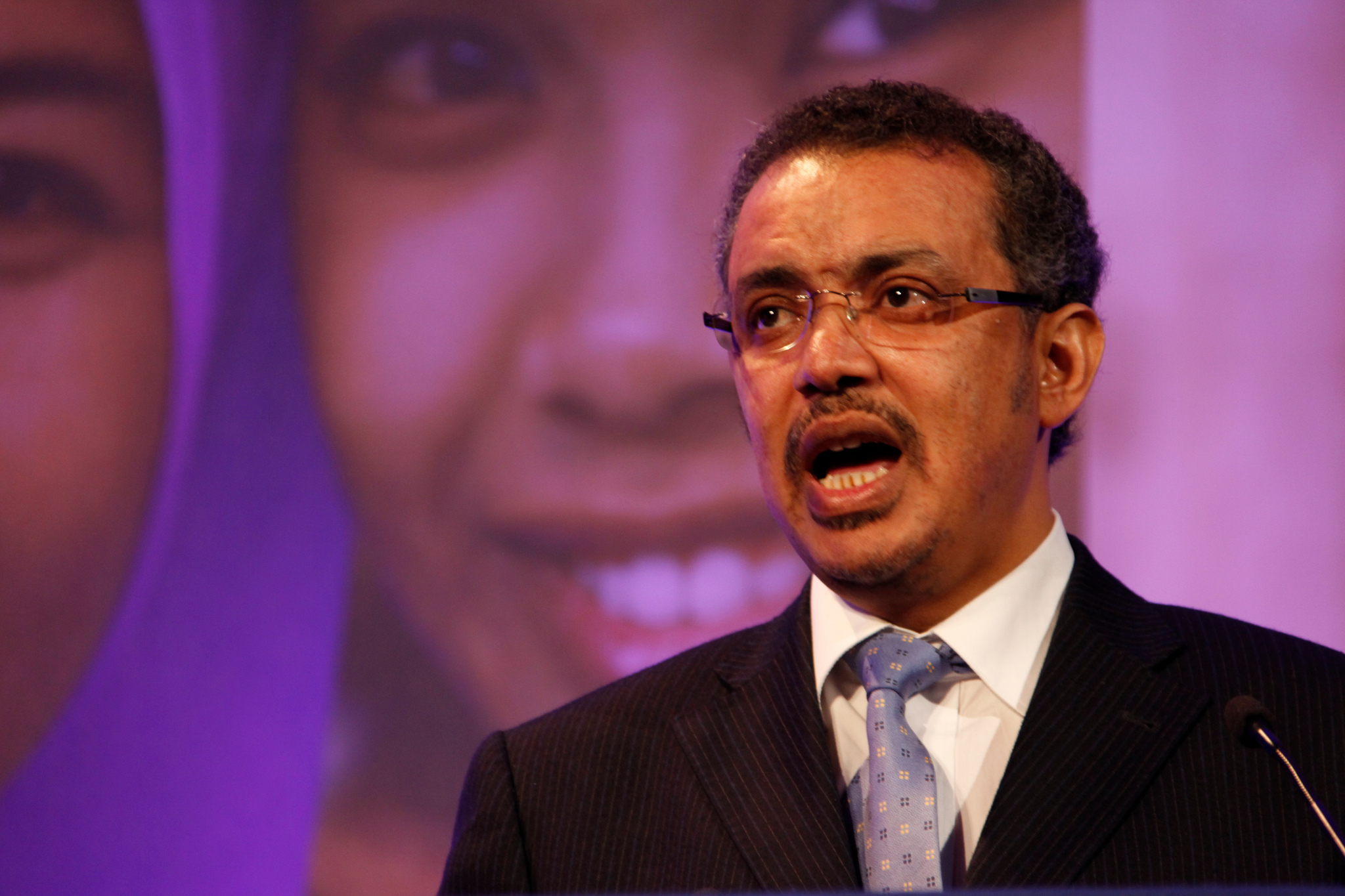 Some Ethiopians are fiercely campaigning against Tedros Adhanom, Ethiopia’s candidate to replace Margaret Chan Fung Fu-chun, as director general of World Health Organization, just a few weeks before member states are set to vote on the final three candidates.

Tedros, a former Ethiopian foreign and health minister, along with Pakistan’s Sania Nishtar and the UK’s David Nabarro are the three director-general nominees who made the cut from a larger pool of candidates in January.

Tedros, who is running a well-funded campaign, is considered as a prime contender in the race. His candidacy was endorsed by the African Union, and just last week he picked up an endorsement of Andrew Mitchell, the UK’s former international development secretary.

However, he is facing unrelenting opposition from his own citizens.

Ethiopians who feel marginalized by their country's government are campaigning hard against him online, arguing he should not be elected because he represents the interests of Ethiopia’s autocratic ruling elites and not the people.

The irony is beyond tragic. The person who is responsible for the crimes against humanity in #Ethiopia is running for #WHODG! #NoTedros4WHO

They have set up online petition pages against Tedros and produced a documentary film detailing what they consider to be his failures and his alleged mismanagement of funds while he was Ethiopia’s health minister.

They have organized Twitter campaigns under a hashtag #NoTedros4WHO to organize conversations surrounding the topic. To make his Ethiopian government profile at the top of the public’s consciousness, his opponents have share detailed research that accuses Tedros of inefficiencies, misreporting, and exaggerations of his achievements when he used to serve in Ethiopia. 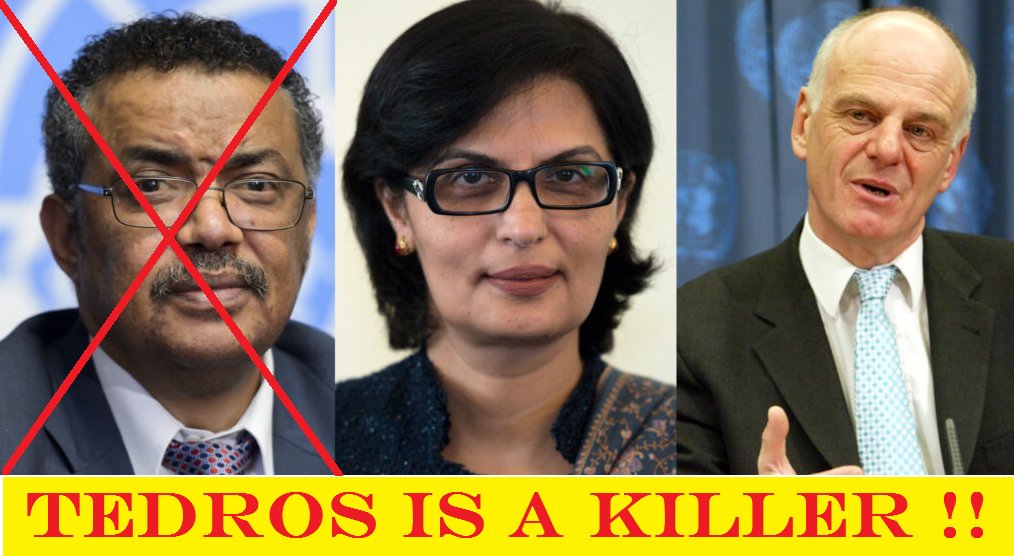 One of the images that have circulated against Tedros, showing his face with an X over it next to the two other candidates. Shared by Twitter user @DahlaKib

However, amid fears that the campaign might diminish his chances, government groups are also running a parallel campaign supporting his candidacy. They have downplayed the opposition as unpatriotic, mean-spirited and trivial jealousy.

Since April 2014, a popular protest movement in Ethiopia has challenged the government, which has responded brutally. According to Human Rights Watch, at least 800 people have died, and thousands of political opponents and hundreds of dissidents have been imprisoned and tortured. Since October 2016, authorities have imposed some of the world’s toughest censorship laws after it declared a state of emergency.

The role of ethnic politics

Some of Tedros’ detractors say they oppose his candidacy because of his alleged incompetence. But a big part of what drives the fierce opposition to Tedros is the logic of ethnic politics.

Tedros holds a Ph.D. from the University of Nottingham in community health. He studied biology at Asmera University before he completed a master’s degree in immunology of infectious diseases in London.

When people hear his name, as qualified as he may be, his opponents associate him with a repressive Ethiopian government that has killed people, jailed thousands of political opponents, and imprisoned and tortured dissidents.

His meteoric rise to power started soon after he finished his Ph.D. in 1999 when he was tasked to lead the Tigray region’s health department. After two short years in Tigray, he was promoted to Ethiopia’s minister for health by the late prime minister Meles Zenawi, a Tigrayan himself. In 2012 when Meles Zenawi died, Tedros became Ethiopia’s foreign minister.

Tigray is one of the nine regional states that are federated based on ethnolinguistic compositions.

Over the past 26 years, the Tigrayan elites have taken center stage in Ethiopia’s political affairs, largely due to their control of the military, security and the economy of Ethiopia. Though accounting for only 6% of Ethiopia’s population, all senior positions of country’s military and security and the most meaningful positions in state institutions are packed by Tigrayan elites. This has always been a sore point with the elites of the Oromo and Amhara ethnicities, who together comprise 65% of Ethiopia’s population.

Ethiopia's government has used authoritarian tactics against its people and the country's politic space is a closed one; however, it enjoys the support of powerful countries such as the United States and the United Kingdom.

Domestic disputes on a global platform

The vigorous opposition to the Tedros candidacy suggests that Ethiopians political struggle has spilled over into the international arena. In some sense, it also suggests that these global platforms have become a substitute for a repressed domestic political space.

Since Ethiopia’s local political institutions and communications infrastructure are controlled by the government, diaspora groups, however sporadic and uncoordinated their efforts may be, have used the opportunity to shed light on the human rights violations using Twitter campaigns.