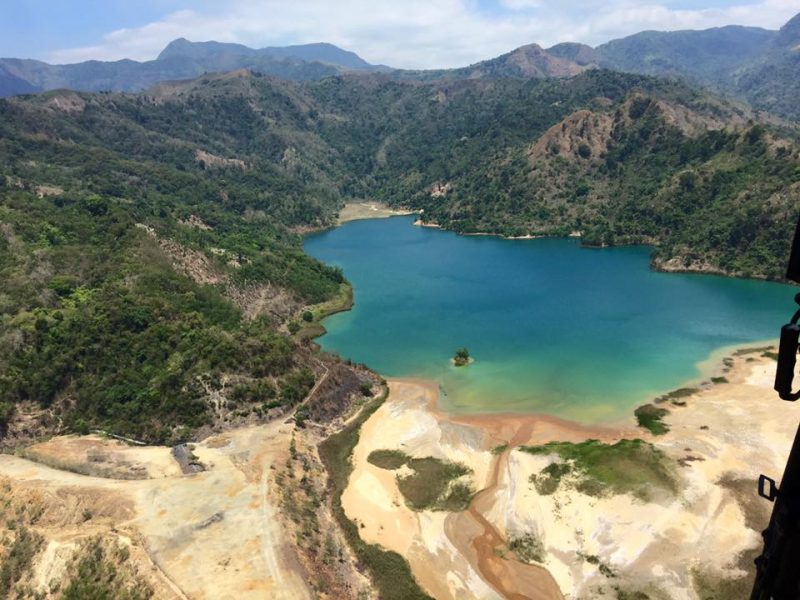 Philippine Environment Secretary Gina Lopez has been actively inspecting the state of open pit mines across the country to emphasize the need to impose stricter rules on large-scale mining. Her visits confirmed the destructive impact of mining in remote communities, and she was able to quickly share her observations through her Facebook page.

Lopez was a prominent environmentalist before she was appointed as secretary of the Department of Environment and Natural Resources (DENR) in 2016. She made mining audits a top priority for the DENR, but was criticized by mining firms and even some members of the cabinet for doing so. The country’s finance secretary warned her against being a “crusader” instead of balancing the needs of various stakeholders in the country.

But Lopez stood her ground and announced the suspension of more than a dozen mining operations across the country. She won the endorsement of the country’s president, various green groups, and grassroots organizations.

In recent months, Lopez made frequent trips across the country to update the public about the massive pollution caused by mining. While news about mining waste has been reported in the past, this is the first time that a cabinet member has denounced the lack of accountability in the mining sector.

Here are some of her reports posted on Facebook:

Lopez visited an open pit mine in Sipalay, located in the central part of the Philippines, and accused the mining company of neglecting to rehabilitate the forests it destroyed:

One of the biggest open pit mines in the country – a nightmare. Sipalay [near] Dumaguete. Four mine spills. Amidst verdant forests, decimating the economic potential of the place. And the mining company has paid very very little to address the damage caused. It's wrong. And this is the same mining company that is responsible for the nightmare in Marinduque. – the worst mining disaster in the planet! – what kind of record is that….. 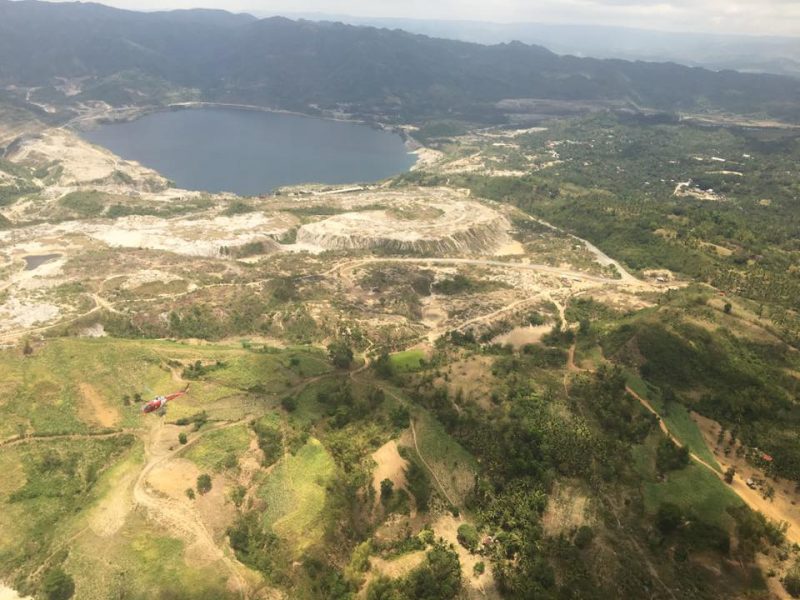 Lopez was referring to the 1996 Marcopper mining disaster in Marinduque, but she was wrong to describe it as the worst mining-related tragedy in the world.

Perhaps she was disturbed with what she saw in Marinduque when she visited the abandoned mining area this year:

I knew about it and had seen the pictures but nothing was to prepare me for the EXPERIENCE of flying over a magnificent pristine forest and the sight of what seemed to me a very long river – TOTALLY DRY and with mine silt. I clearly saw that the mine tailings had killed the economy of the entire area. What “hurt” even more was the sight of how gorgeously beautiful Marinduque is! Blue sea, beautiful mountains, and beautiful people. I blame government for allowing this to happen. It's been 21 years and the tragedy goes on.

She added that in March, a DENR team found high concentrations of Lead, Cadmium, and Copper in the rivers near the mining site. 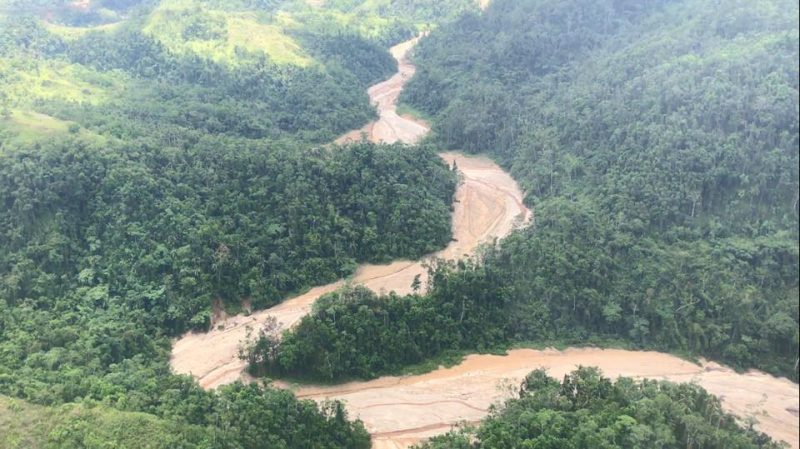 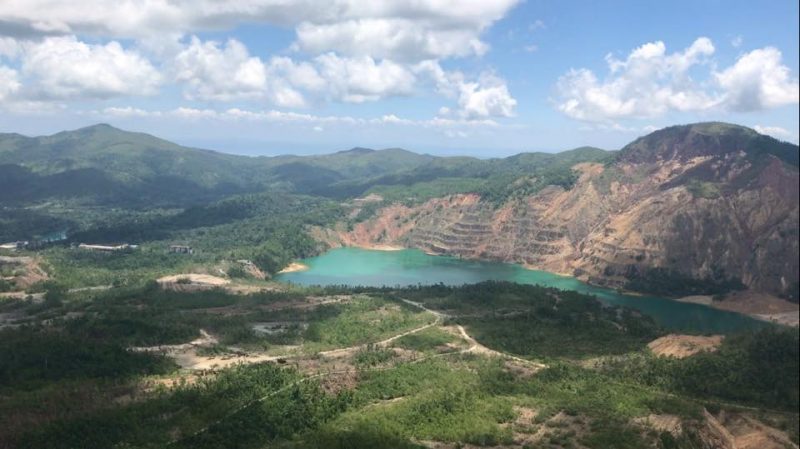 This is the open pit with acidity level at 2. The water in this pit can melt a boat's propel! My gosh right?!? It lacks the proper care and maintenance! I will make sure that this doesn't harm any of the communities in the area. 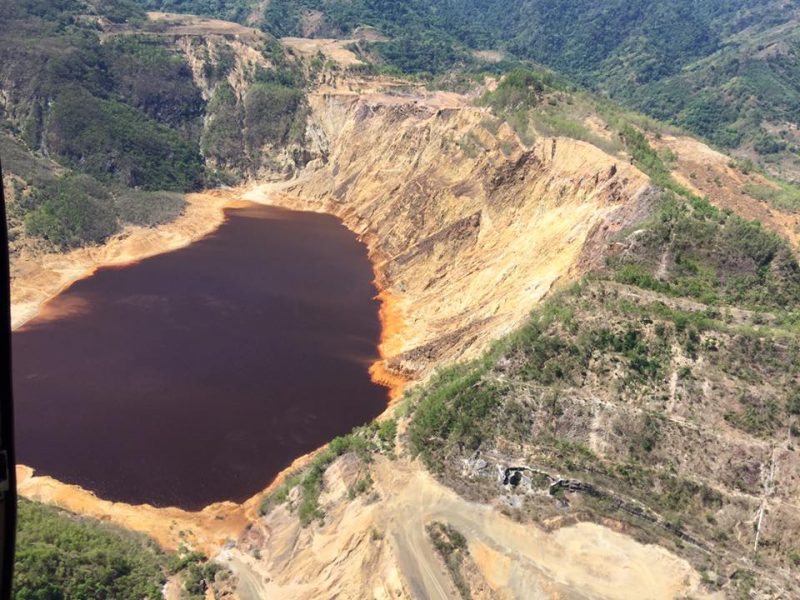 Not all mining sites failed the DENR’s audit process. The country’s biggest open pit mine in Toledo, located in Cebu province, got the approval of the DENR and Lopez herself.

We just visited Atlas Mining located in Toledo. Atlas is the biggest open pit mine in the country! There are 3 massive open pits and it has actually sprung up an entire city – and that is Toledo City. I was welcomed very warmly, it's one of the mines that passed the audit and I want to work with them.

I also asked them to give a rehabilitation plan so that when their mine life is over, the open pit does not become a liability to the government nor does it put the people's lives at risk. When there is a will, there is a way. 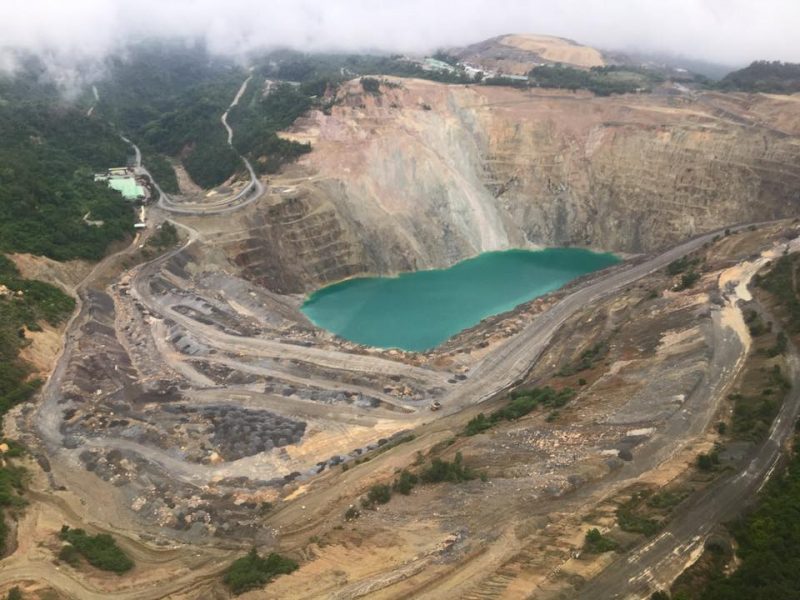 Protests against the environment secretary

Aside from the owners of the mining companies, workers displaced by the DENR suspension order accused Lopez of failing to observe due process in regulating the mining industry. Lopez responded by assuring the workers that the government will provide alternative livelihoods for them.

Mine workers,students, IPs of different mining communities gather in front of the Senate 2hrs before Gina Lopez's confirmation hearing. pic.twitter.com/K59zAJ7ZuG

Some groups also reminded Lopez about the big contribution of mining to the country’s revenues:

I feel for the local government units and communities that lost benefits of tax payments of mining firms. :(#MinaHindiGina pic.twitter.com/URQJO38SR6