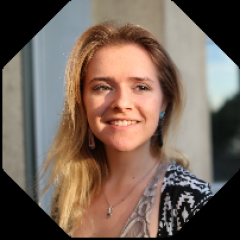 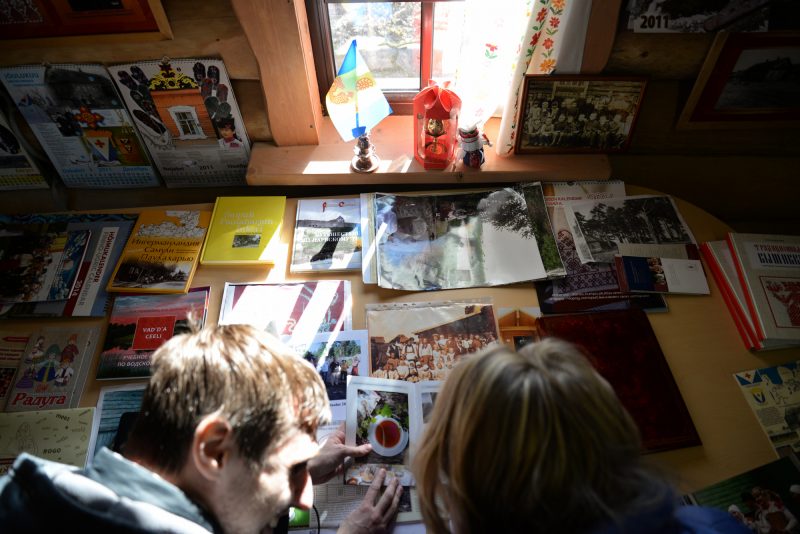 Made up of just a few dozen people, the world’s largest community of Vods lives in villages two hours outside St. Petersburg. Within this disappearing group, there are only a handful of Vods who can still speak their native language fluently. Reporting for the Russian website “Bumaga,” journalist Victoria Vziatysheva and photographer Yury Goldenshtein recently visited one of these villages near the Finnish Gulf and spoke to some of the Vods’ last living descendants.

The village of Luzhitsy is located about 100 miles west of St. Petersburg. When we arrived, there were several cars parked outside the one store in town. About 20 small wooden houses line the main street, including one that stands out for its wide terrace and stone wall. This is the Museum of Votic Culture — the only one in Russia.

A blonde woman steps out of a car, walks up to the museum's wooden door, and opens it. Wearing a winter coat, she leads us into a chilly room, and removes from a basket several pies and a pot of porridge.

This is Marina Ilyina, the museum curator and a Vod herself. She got her education in St. Petersburg, but later returned to Luzhitsy, where she says she’s made it her mission to save the Vods from extinction.

“There are just eight Votic native speakers left. Each of them is worth their weight in gold,” she explains, giving us a tour of the museum, which was actually built just a couple of years ago (designed according to Votic construction traditions). 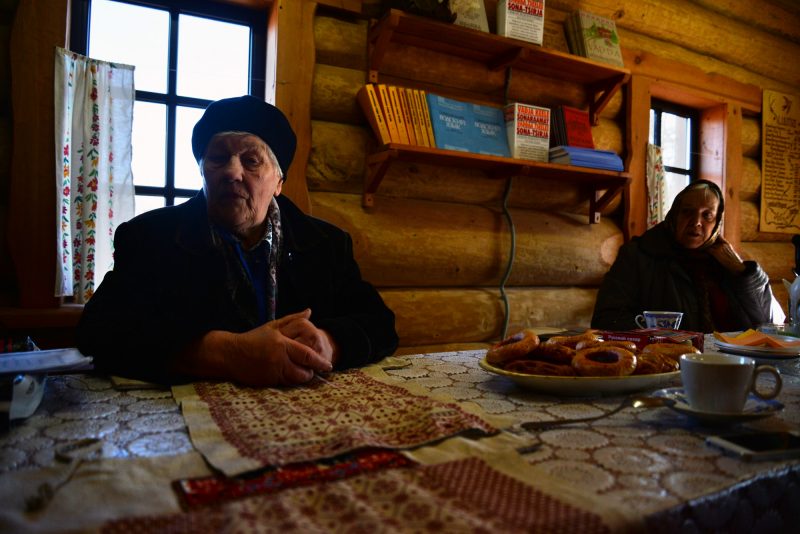 According to the most recent census data, there are 64 Vods left in Russia, with a handful more living in Estonia. The problem with these numbers is that they only show how many people self-identified as Vods, when asked about their nationality. It’s unknown how many Vods (including pure-blooded Vods) listed themselves as “Russians,” or missed the census altogether.

Luzhitsy’s population peaked in the early 1940s, when its numbers grew to about 550 people. Today, the village has just 35-40 permanent residents, with some additional visitors staying during the summer.

Nina Vittong was born in Luzhitsy after the Second World War, in 1947. She spent her childhood here. “This was a big village back then. Everyone had a house with a garden and cattle. There were a lot of young people, too. We had dances, and there was a film screening twice a month,” Nina tells us.

Like other local ethnic groups (such as Vespians, Izhorians, and Finnish Ingrians), Vods struggled under Communism. In the 1930s, the Soviet state outlawed these groups’ Finnic languages. Though older generations continued speaking Votic to one another, most parents started raising their children exclusively in Russian, to avoid repression by the police.

Nevertheless, children grew up hearing Votic, and many gained a passive understanding. Today, the Vods who remember the language from their childhoods can easily understand it, but they hesitate to speak Votic aloud. “I hear words, but it is sometimes hard to reproduce them. When I pronounce them, it sounds different,” Nina tells us.

Votic has always been a primarily spoken language, and it was only in the last 100 years that it got a writing system, when Votic linguist Dmitri Tsvetkov used a modified Cyrillic alphabet. The current Votic alphabet, which uses Latin characters, is just 13 years old.

Today, elderly women from the surrounding Votic villages come to Luzhitsy to study the language. These lessons are usually held at the museum. 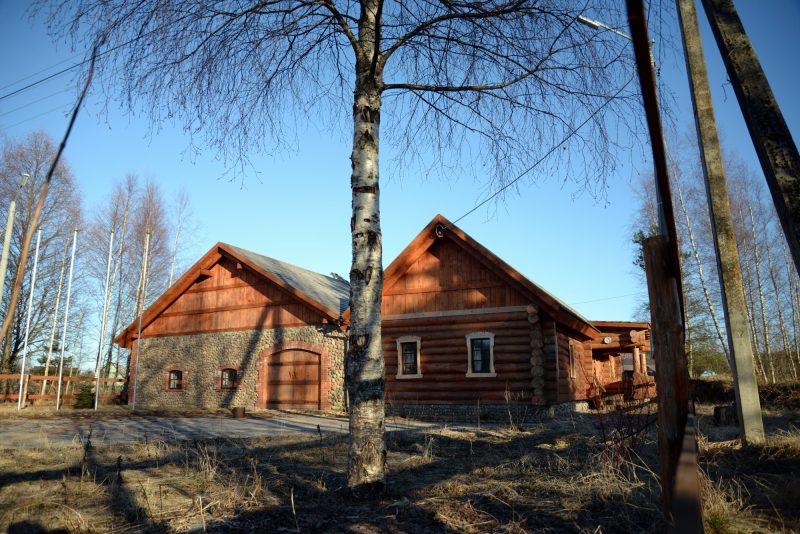 Nikita Dyachkov, the man who teaches the class, is much younger than his students. He has Izhorian roots, and it was purely out of personal interest that he learned Votic. Now he’s both fluent and educated in the language’s grammar — something most Vods in the area never studied.

“You forget certain words, and you don’t even have anyone you can ask,” says Taisia Mikhaylova, another woman who’s lived in Luzhitsy for most of her life.

Unfortunately, speaking a banned language wasn’t the Vods’ greatest adversity in the USSR. In 1943, the residents of all Votic and Izhorian villages were deported to Finland and subjected to forced labor. A year later, they were allowed to return to the Soviet Union, but not to their home villages. Instead, they settled in other regions of Russia.

Zina Savelieva was about four when her family was deported. She and her relatives only returned home in 1954. Even after all this, her family and several others were later forced to leave the village again, after being branded “unreliable citizens” for speaking Votic. As a result, Zina’s family relocated to Estonia for the next eight years.

“They welcomed us as friends [in Estonia] — maybe because our languages are similar, or maybe for some other reason,” Zina says softly. She’s now an old woman, but her eyes are still vivid. When she talks about the past, she likes to stay positive: “I’m grateful, anyway. At least I learned Estonian,” she adds with a smile.

Marina Ilyina tells us that Vods have always been a fairly closed-off group, living near Russia’s border and in relatively small communities. The Vods living in these areas have also been committed to maintaining their local customs.

“We had our own traditions that are so old. For example, when I was a child, we’d go to these old women who would cure illnesses with spells. They’d charm away bruises, skin diseases, eye diseases, and I thought it was all normal — that everyone did it,” Marina tells us.

Today, the Vods’ culture is no longer illegal, and they are free to revive and rescue what traditions they can. Every summer, Luzhitsy now celebrates itself, and people from the surrounding area come to hear old Votic women sing folk songs in their native language.

A longer version of this story originally appeared in Russian on the website “Bumaga,” authored by journalist Viktoria Vyzatysheva and photographer Yury Goldenshtein. Click here to read it.