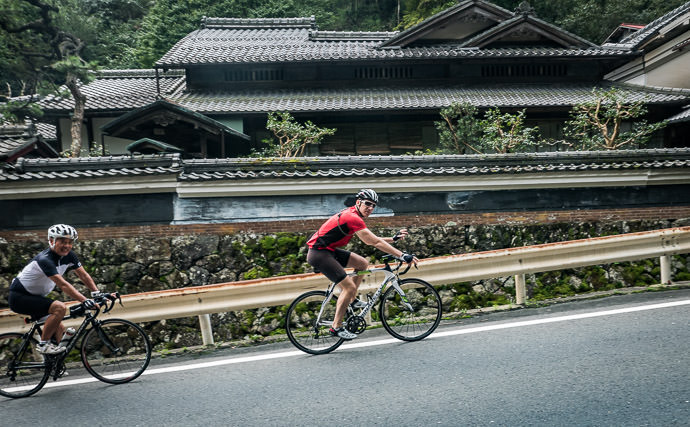 “Heading Up — Manseki and Jamie in front of a pretty house.” Map & image data — nearby photos. From “Social Ride to the Quaint Mountain Village of Miyama, With a Twist.”

If you're interested in cycling and catching a glimpse of rural Japan that most Japanese people never even get to see, author and technologist Jeffrey Friedl has the blog for you.

Based in Kyoto, Japan, Friedl regular heads out on “century rides” of 100 miles or more and documents the journey. Kyoto is bordered on three sides by forested mountain ranges and boasts plenty of farmland, so this means his rides pass through some truly spectacular scenery.

For example, in a blog post from the end of April, Friedl headed southeast from the Kyoto city center toward the tea-growing areas in the hills between Kyoto and Nara:

I had a nice ride through the mountains of Uji and Wazuka (Japan, near Kyoto/Nara) the other day. Both Uji (宇治) and Wazuka (和 束) have been famous for their tea for centuries, and have tea fields tucked away in the most seemingly-unlikely nooks and crannies of their mountains. 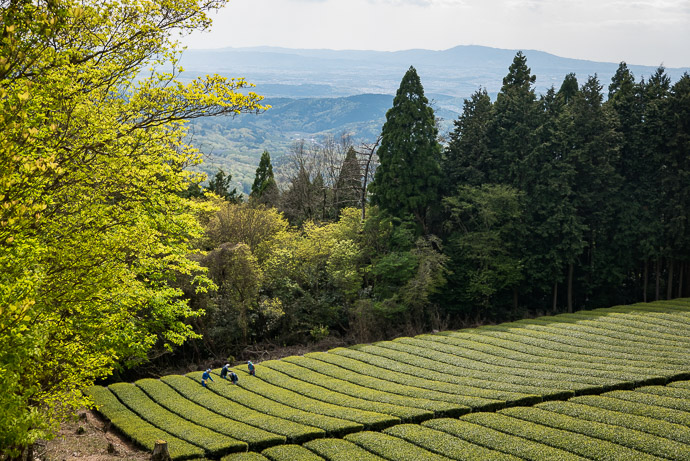 Perhaps as a result of his technical background, Friedl's cycling blog posts are meticulously categorized and cross-referenced, making it easy to see where photos were taken, with links to other photos of the same location, or taken nearby. Friedl also maps out his routes, including on Strava, a social network network for athletes where he documents his rides. 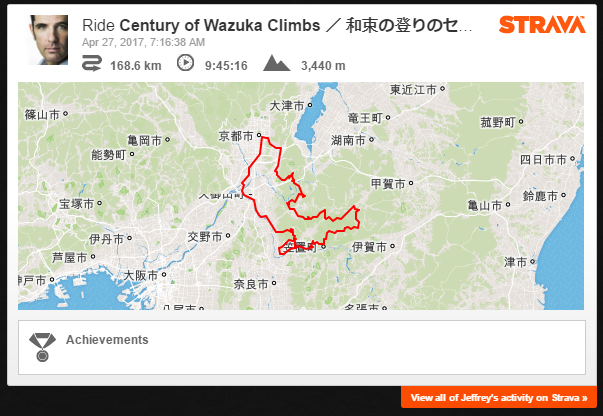 In his quest to climb as many hills as possible, and to get away from more crowded highways, Friedl's century rides frequently follow quieter roads to wherever his destination is. In this post from October 2016, Friedl rides to the rural village of Miyama, northeast of Kyoto, deep in the mountains. 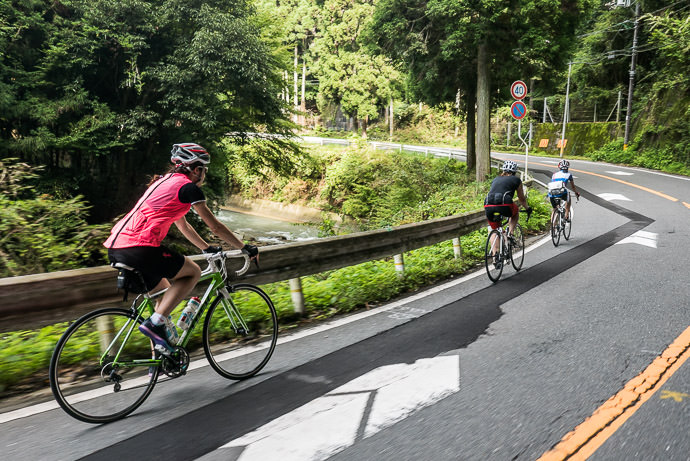 “Three Ladies front to back: Kumiko, Stephanie, Alicia taken while moving at 24 kph (15 mph).” Photo by Jeffrey Friedl. Used with permission. “Social Ride to the Quaint Mountain Village of Miyama, With a Twist.” 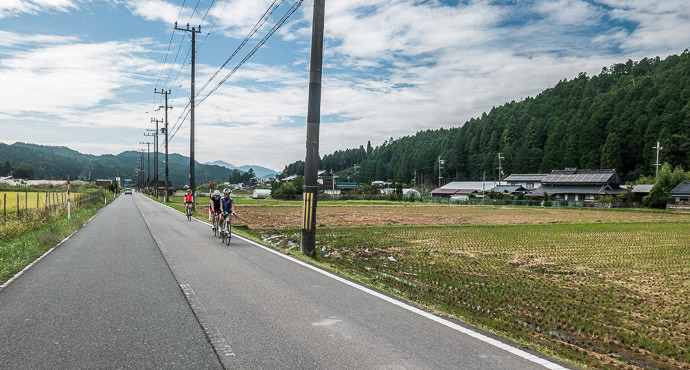 “Flat Valley.” Photo by Jeffrey Friedl. Used with permission. From “Social Ride to the Quaint Mountain Village of Miyama, With a Twist.”

Friedl's trips typically include photos of snacks, meals and other refueling stops along the way. Here is a snack at a countryside coffee shop: 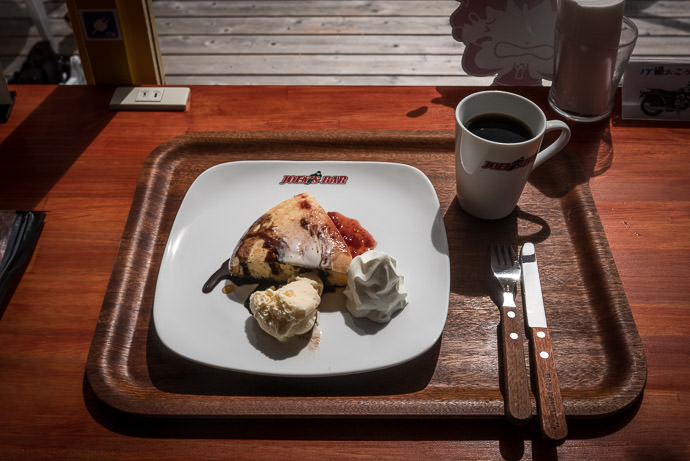 “Snack – hotcake, ice cream, and coffee at the new and wonderful Joey's Bar (a small cafe catering to motorcyclists, but at which all are welcome).” Photo by Jeffrey Friedl. Used with permission. From “Social Ride to the Quaint Mountain Village of Miyama, With a Twist.”

An interactive map of Friedl's bicycle trips around Japan can be found here: 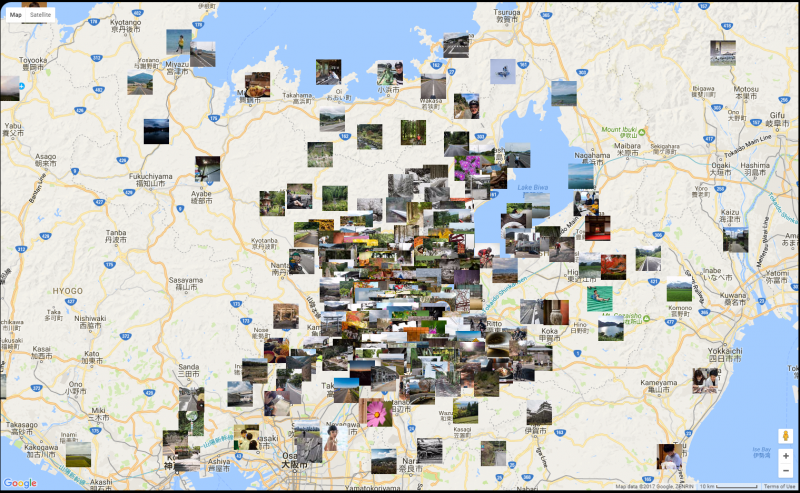 Friedl's map allows you to search by location in Japan. For example, besides the map of photos taken near Kyoto (above), here are some photos Friedl has taken near Obama, on the Japan Sea Coast about 100 kilometers north, as the crow flies, of Kyoto.

You can follow Jeffrey Friedl on his blog. It hosts a massive archive of posts, so its table of contents (TOC) is a good place to start exploring.