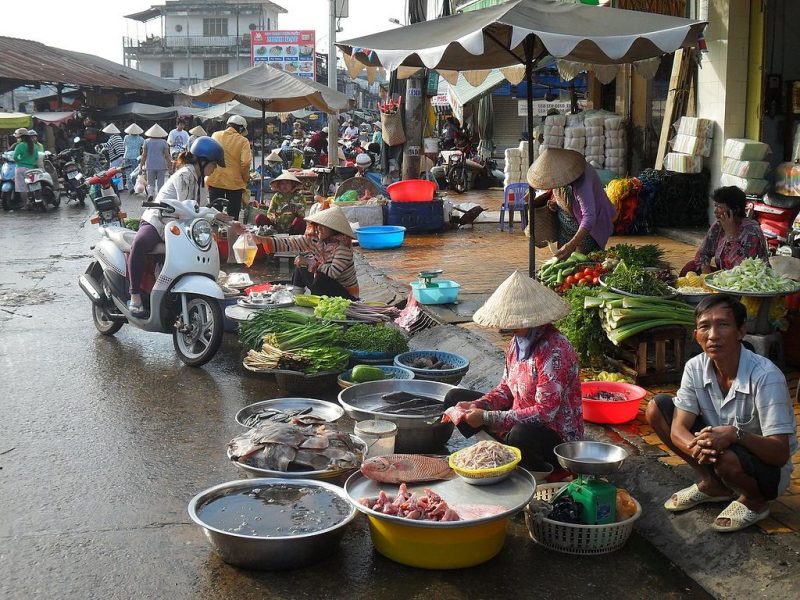 This article by Tiến Nguyễn is from Loa, a news website and online radio project of Viet Tan that broadcasts stories about Vietnam. It is republished by Global Voices as part of a content-sharing agreement.

Each country has its own unique, some might say weird, foods: There are tuna eyeballs in Japan, monkey brains in China and cheese maggots in France. Here's my list of the top five weirdest food in Vietnamese cuisine you should know. 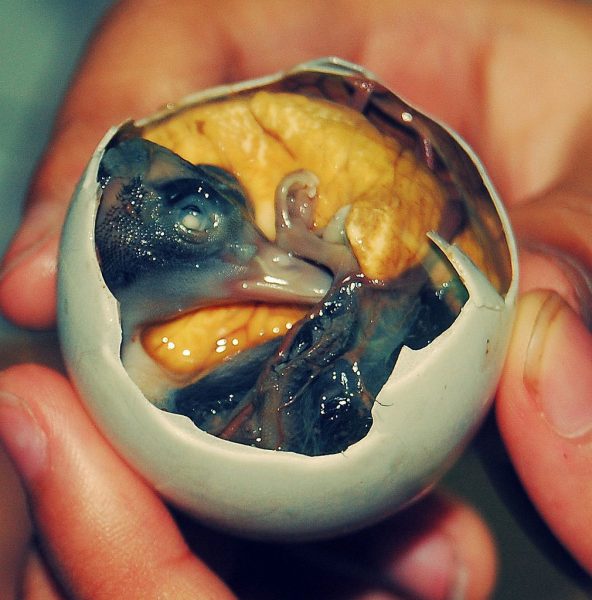 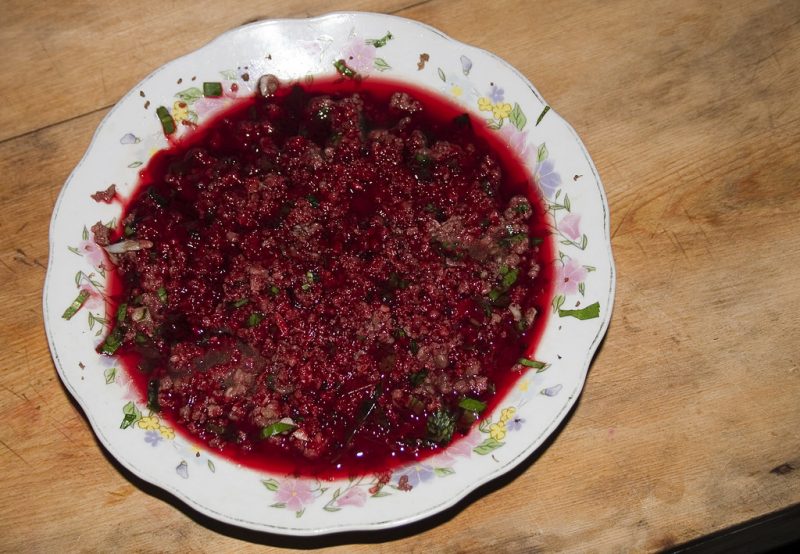 If you are a fan of pizza, you should try this type of “Vietnamese pizza” tiết canh. Its ingredients include peanuts, coriander leaves, fish sauce, lime — and the main ingredient, duck’s blood. Here’s an important foodie tip: the blood has to be fresh! The dish is considered ready to eat when the blood is congealed, the color is still red and when you lift it with a spoon the duck blood stays solid. 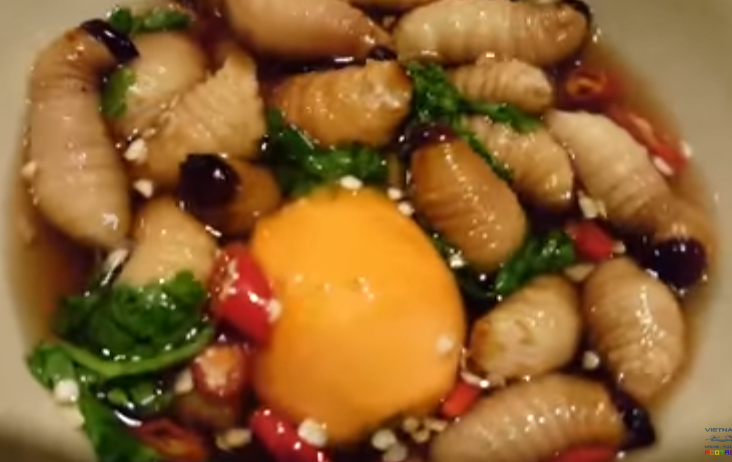 These chubby milky looking bugs can be from three to five centimeters long. They live up in coconut trees where they spend their lives drilling holes and breeding. When the trees are no longer able to live due to these naughty residents, the infested part of the tree is often cut off, so it can regrow, and the whole hive is brought down.

There are various ways to cook these cute little monsters, but the most popular dish is called “Larvae Swimming in Fish Sauce”. Just throw them into a deep plate full of fish sauce, and while they are swimming, eat them alive. Supposedly they are chewy, very nutritious and very tasty. This was a favorite delicacy of the last Vietnamese queen. 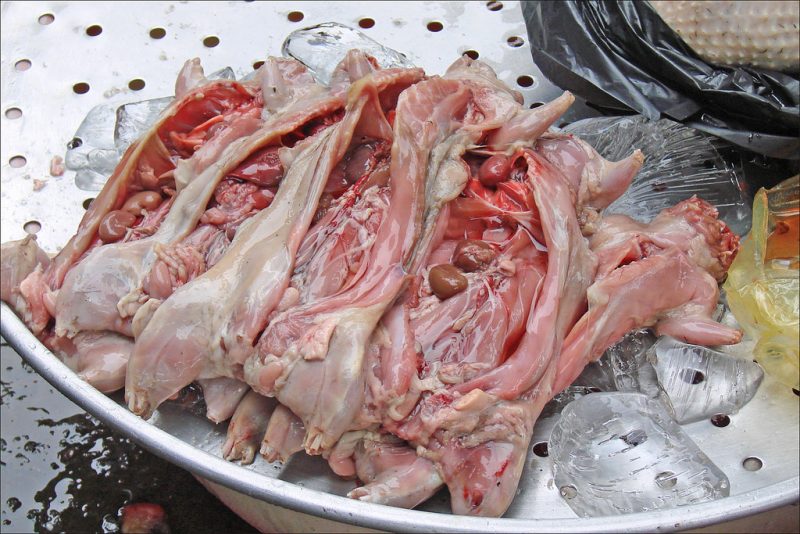 These rats aren’t your normal ones that you pick in your backyard or down in the sewage, but country rats that live in the rice fields. They stink less than house rats and are especially popular during harvest season. Farmers often organize in groups and catch up to 100 rats per hole. The best way to cook them is to grill them inside a clay pot, then dip them in a dish of fish sauce along with green mangoes. Apparently, they taste like venison! 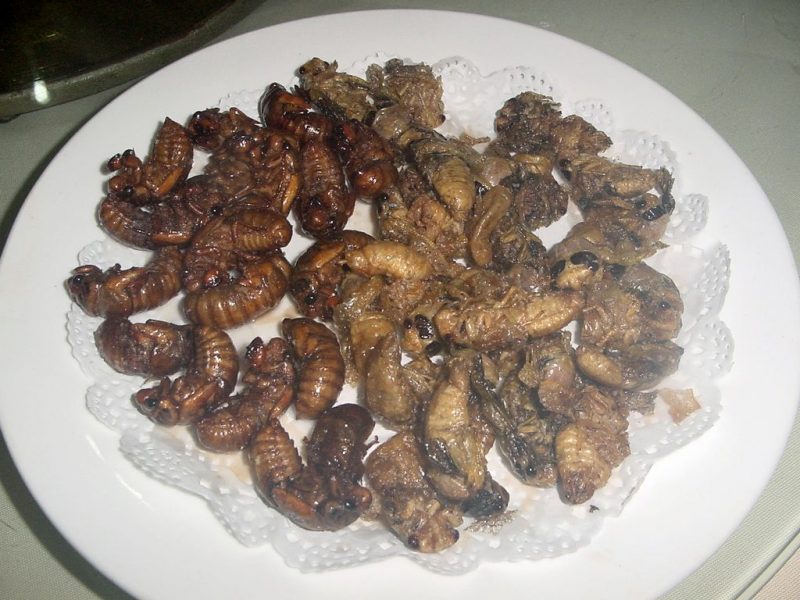 A local favorite in Vĩnh Long, these insects resemble flies but are a bit larger. They are said to have amazing healing abilities that cure sick children, at least according to my grandma. They are at their best when they have just shed their skin, so the meat is still soft. In order to eat them, you can fry, boil and add them to congee.

Have you tried any of these? Let us know what the weirdest food you have eaten is! Bon appétit!

Learn more about these Vietnamese foods by listening to this podcast: