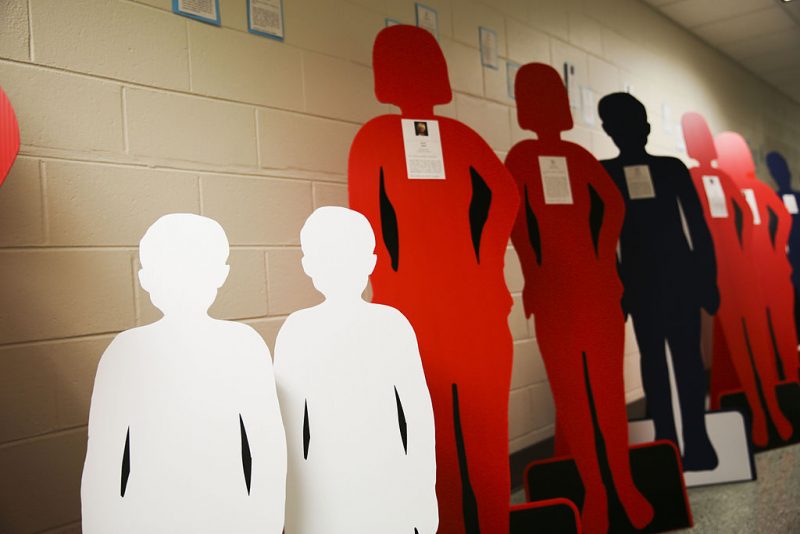 The following is a partner post from EurasiaNet.org written by Nurjamal Djanibekova. Republished with permission.

Kyrgyzstan has in a landmark decision adopted legislation designed to provide greater protections for victims of domestic abuse.

Kyrgyzstan already has laws in place criminalizing violence in the home, but the legislation approved by President Almazbek Atambayev on April 28 constitutes a substantial and important revision.

One fresh provision will require police to respond to every reported instance of domestic violence. This means that any member of the public can file complaints, even if they are only witnesses not direct parties to the violence.

Under the previous law, police were unable to initiate an investigation and press criminal charges until the victim had filed a report. Many victims of violent spouses are understandably afraid to pursue police action for fear of sustaining more mistreatment. Even in cases where acts of abuse had been captured on camera, police as a rule declined to take action.

“Considering that policemen are more often than not men, the victims of violence do not file reports, and when they do, they often withdraw them the following day,” Zulfiya Kochorbayeva, an expert on gender issues who was involved in drawing up the legislation, told EurasiaNet.org.

According to Kochorbayeva, it is particularly important that every woman that has been subjected domestic abuse will now receive a protection order. This document will ensure protection for the victim of reported violence and help prevent intimidatory reprisals from either the offender or their relatives for a minimum of three days. In the event of a victim feeling in danger after the three-day period has elapsed, they can inform the police and have the order extended to one month.

“Up until now, in order to get a protection order, women had to prove in court that the domestic violence had occurred. We have simplified the procedure as much as possible and lifted the burden from the victim. This is so the relatives of the husband cannot pressure the victim into withdrawing her complaint. They will know that this is the law,” said Kochorbayeva.

Kochorbayeva said the protection order will be issued to police officers immediately following a complained being filed and that the period of time between the initial report and court hearings will be kept as short as possible.

The new law will also protect the relatives of victims by specifically criminalizing any attempt at intimidation them.

Underage children suffering abuse in the home will now be eligible for more swift referral to child welfare specialists. And if doctors, for example, detect evidence of physical mistreatment while doing medical check-ups at schools, they are now required to immediately report their suspicions. Previously, such referrals would have to be subject to approval from the parents, which was an absurd arrangement, since no parent was ever likely to report themselves to the authorities.

The legislation even incorporates the concept of “economic violence,” whereby the abuser exploits their dominant role in a conjugal arrangement to deprive their partner from finding work and forces them to remain at home against their will.

Parents forcing their children to beg or miss school for any reason will also fall foul of the law. According to UNICEF research, among 2,000 children polled, around 70 percent said that they have at some stage been victims of mistreatment or neglect by their parents.

The problem of violence in the family is deep-set in Kyrgyzstan. According to official figures, every fourth woman that has ever been married has been subjected to violent abuse. In 98 percent of cases, the violence is meted out by a husband or former spouse.

This overhaul of the law has been long in coming. Human rights activists were pushing for changes back in 2009, but the initiative was marooned amid the political chaos that ensued during and after the 2010 overthrow of the government.

It was only in 2016 that parliament again returned to the issue and passing the revised law.

As Human Rights Watch has painstakingly documented, however, the problem with laws and their lack of implementation have traditionally be compounded by social indifference and a shortage of resources for the victims of physical, sexual, or emotional abuse.

In 2003, following a sustained signature-gathering campaign, Kyrgyzstan adopted a law against violence in the family. According to a United Nations assessment, the legislation marked a considerable improvement in the protection of rights and freedoms for women. It enabled victims to file complaints, request protection orders of up to 15 days and appeal to local elders’ courts.

But the obstacles in the way to actually filing a complaint — which activists now hope have been largely lifted — made the legislation ineffective.