Russian Protest Movement Says It Will Press On, Despite Federal Ban 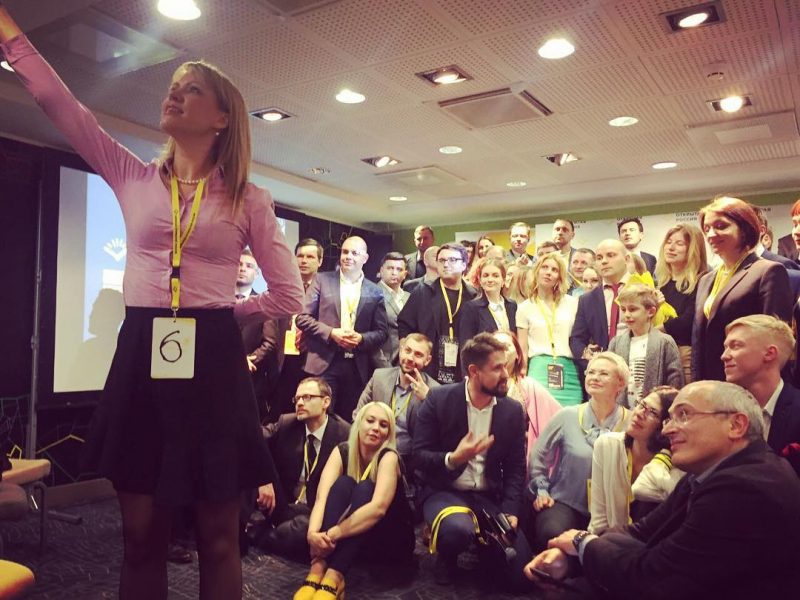 Despite being outlawed today by the Attorney General, opposition movement “Open Russia” says it’s continuing all operations, including plans for nationwide anti-Putin protests this Saturday. Mikhail Khodorkovsky, the movement’s founder, wrote on Twitter that he’s “proud” to see his brainchild in the government’s crosshairs.

In fact, officials didn’t just ban Open Russia — they blacklisted it as an “undesirable organization,” perhaps the harshest way the Kremlin can outlaw a group, short of labeling it a terrorist or extremist faction. Citing Open Russia’s promotion of political demonstrations, the Attorney General said the organization threatens Russia’s “constitutional foundations” and “the security of the state.”

Khodorkovsky and several Open Russia representatives say the Attorney General’s decision applies only to the organization’s registered entities in Great Britain, and not to the “social online movement Open Russia,” which organizes protests, events, and manages a news media outlet.

“[The movement] doesn’t in any way interact with the legal entities named in this decision,” Alexander Solovyov, Open Russia’s new project coordinator, told the website Meduza. “An online movement operates in Russia in accordance with Federal Law 82 ‘On Public Organizations,’ which implies that a movement is not required to register as a legal entity.” 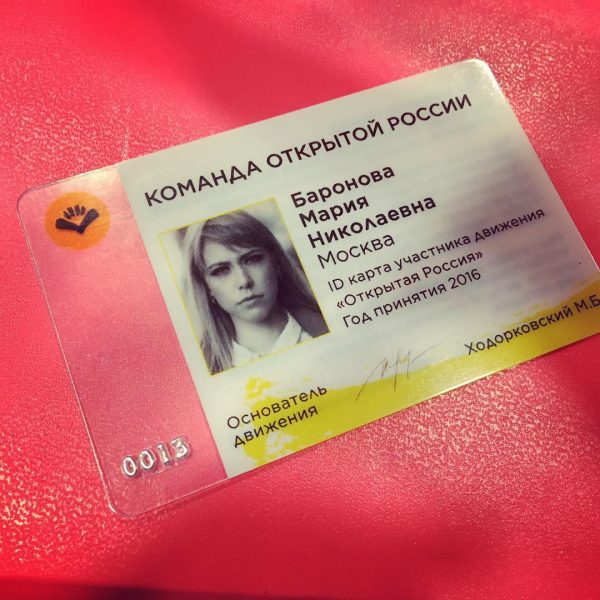 Maria Baronova, another coordinator for Open Russia (and perhaps the movement’s most visible member, after Khodorkovsky), insisted to Meduza that her group’s activities remain legal, despite today’s news.

“We are a movement without any legal entity — a collection of individuals who agreed that they want to make the Russian state more European and democratic. And now the Attorney General is trying to tell me that I — a citizen of the Russian Federation — am undesirable,” Baronova said.

In a public statement published online, Open Russia declared that it is distinct from the British-based outfit blacklisted by the Attorney General. “Open Russia, which you’re reading now, is a purely Russian organization and therefore it cannot be labeled undesirable,” the statement read.

Open Russia is pinning its hopes on the fact that the law against “undesirable organizations” applies only to “foreign and international NGOs.” This might not be enough to spare the movement, however, given that it extends to any Russian subsidiaries.

Things get tricky here, as money comes into play. Open Russia has paid staff (including Solovyov and Baronova), and the source of the movement’s funds is still presumably Mikhail Khodorkovsky, who emigrated from Russia as soon as he got out of prison on a presidential pardon in 2013. After more than a decade behind bars, Khodorkovsky’s net worth is still estimated at roughly $500 million.

If Open Russia is a “purely Russian organization,” how does it transfer Khodorkovsky’s money to the movement’s paid staff? If any of that money originates outside Russia, the movement presumably loses its claim to pure Russianness. If any of the money passes through the legal entities blacklisted by the Attorney General, Open Russia staff could be charged with cooperating with an “undesirable organization” — a crime punishable by up to six years in prison.

Russian banks and financial institutions are also forbidden from doing any business with “undesirables,” meaning that Open Russia — however it defends itself to the press — might soon find itself unable to pay its employees, rent meeting space, print leaflets, and so on.

Baronova refused to tell Meduza how Open Russia actually funds its operations. “We’re not going to reveal that kind of information in an authoritarian state,” she explained, insisting that the movement’s staff have nothing to fear.

This Saturday, April 29, Open Russia plans to stage protests across the country against a possible fourth presidential term for Vladimir Putin, who is widely expected to run for re-election next March. The group has managed to obtain demonstration permits in 11 large cities, but officials in nine (including Moscow and St. Petersburg) have threatened to take police action, if Open Russia goes ahead with its protest plans.

And that was before there was any talk of “undesirable organizations.”