How the United States Has Become a Problem for Indians 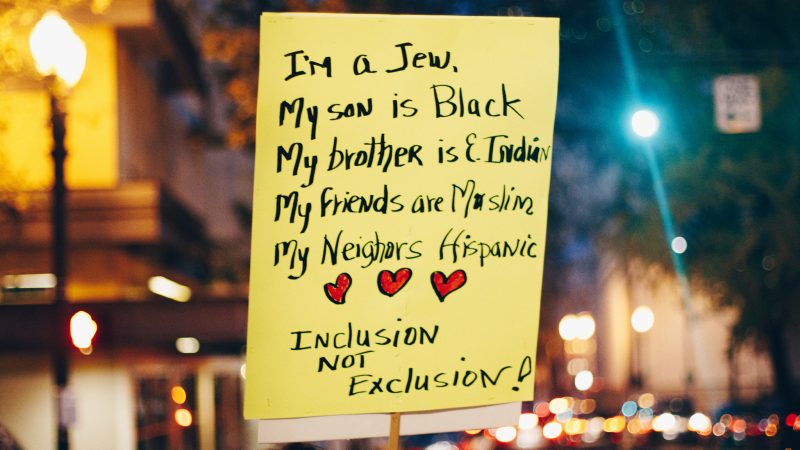 A sign protesting xenophobic attacks in the US. Image from Flickr by Roscoe Myrick (www.shotboxer.com). CC BY 2.0

Equality and the American dream seem to be increasingly out of reach for many Indians in the U.S., since President Donald Trump took office. The past several months have worried many people across the world, and Indians were especially alarmed to learn about the apparently racially motivated murder of Indian engineer Srinivas Kuchibhotla. Meanwhile, the White House continues to push a controversial “Muslim ban,” battling the U.S. court system.

As a result, more and more people in India have reportedly begun advising their friends and relatives against visiting the United States, whether for work or study.

Kuchibhotla was shot to death in a Kansas bar this February, and subsequent attacks on other Indians followed in what the website Socialistworker.org has called a “wave of violence against South Asians.”

On Feb. 28, Kuchibhotla's widow, Sunayana Dumala, published an emotional letter on Facebook about her husband's death, stating her desire to remain in the U.S. and continue his dreams:

We built our dream home, which he painted, and installed the garage door. Doing any kind of work on his home gave him immense joy. This was the home that he had built […] for us and any kids we would have. [It was] our first step to starting our family. It's so unfortunate that this dream of ours is now shattered.

Throughout February and March, Indian Twitter users responded to Dumala's message and her husband's murder.

Some sought strong action to save Indians from the government:

India should very forcefully intervene for 2 Indians with Indian passport and let US deal with the plight of other 2 who are Americans. https://t.co/lRYhvBth82

Others questioned the irony of a U.S travel warning to India:

Shouldn't this travel advisory for US visitors to India be the other way around?
https://t.co/e22Bucw4iM

Time to stand against the Racial attacks on Indians in US. Fail to understand, why Indians are attacked in the name of !!

Indians are attacked and killed in US. Cant see any actions for govt or amy protests from other political parties. Is US the reason?

Some experts weighed in on India's non-reaction to the wave of attacks:

If Indians with American passports are attacked, Indian govt has right to worry about copycat crimes affecting its own citizens in US 2/n

And many Indians are simply genuinely worried:

Nonsense, Indians have been racially attacked earlier in the USA under various govts. A few years back US cops crippled a Indian grandfather https://t.co/nHP9U8dG7s

To learn more about the lives of Indians in Donald Trump's America, Global Voices spoke to two Indian young men about their aborted plans to study in the United States. 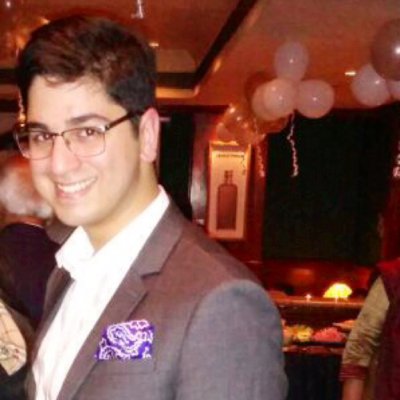 Global Voices: What do you do and what have you studied?

Global Voices: Where did you wish to study in the U.S.?

NS: I was targeting various universities for pursuing an LL.M. in the U.S. Some of my top choices would have been Northwestern, UPenn, NYU, Columbia, etc.

Reasons to pursue the same were that the U.S. used to be a very welcoming environment, especially for my industry, in terms of getting jobs and joining the academia. Compared to other markets, it has a voluminous business which inherently increased the number of transaction to work on and therefore the country was more viable for survival because of the booming business. In the past few years, it had also come to be known for its receptivity for immigrants, which sadly isn't the case anymore.

Global Voices: What keeps you from going to U.S. now?

NS: The recent state of affairs has been extremely detrimental to my plans of pursuing further education and seeking a job opportunity in the U.S. Even though the geographical locations of the universities of my choice are extremely progressive cities that are minimally affected to date, I still strongly believe that this is only the beginning of a downhill path under the leadership governing the U.S. currently. I'd never risk my life for a shot at a successful career.

Global Voices: What do you think about the recent attacks on Indians in the U.S.?

NS: I've been deeply saddened, but the one incident closest to me, which has rather “scared” me, is one that happened to a cousin of mine.

Only a few days after Mr. Trump took office, while awaiting a (white) friend's arrival at a bar in Philadelphia, my cousin was made to feel extremely unwanted at the premises by the bartender. He refused to serve her despite multiple reminders and requests from her. As soon as her (white) friend arrived, the bartender, unaware of the fact that he was friends with my cousin, offered him another seat at the bar in case he wanted to sit away from the “browns.” I had never imagined this happening to a person whom I know and I'm close to. It suddenly made the issue “real” for me. After this, all the other incidents of verbal and physical attacks on Indians in the U.S. have been further strengthening my decision to not go to the U.S. anymore.

I pray for my fellow [countrymen] residing in that country — for their safety and solidarity.

What other options are you exploring now?

(NS): Since the U.S. was never the “only” destination that I was planning for further education, I am now prioritizing European, Canadian, and Asian law schools. 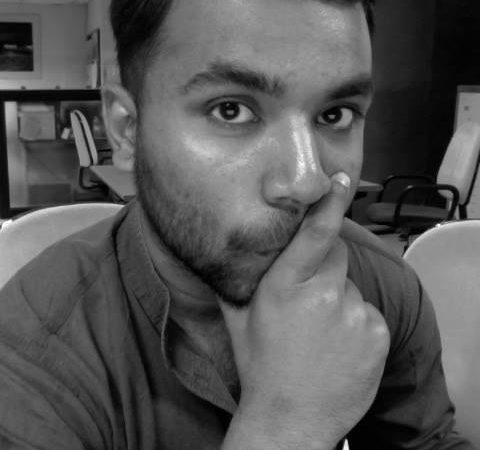 Global Voices: How was your first experience in the U.S.?

Shadab Nazmi (SN): I was 16 when I first visited the U.S.  It was beautiful, people were friendly, and [they] always stepped forward in case [to offer] any help. But that was way back in 2007 and I was living in a very small town called Westport in Indiana.

Global Voices: What happened at your visa interview?

SN: The first interview went smoothly when I went on a U.S.-State-Department-sponsored scholarship program in 2007. I was immediately given J1- exchange visitor visa after a few questions, such as how long would I be there? Where was I going to stay? Who was sponsoring my trip? But in 2011, when I decided to visit my host family, my visa was rejected twice. I was told that [U.S. officials] see me as a potential immigrant, and I didn't have enough social ties [in India], which would prove my [likeliness] to return.

Global Voices: Will you go to the U.S. again?

SN: Yes, definitely. I hold the B1/B2 visa which is valid till 2022. I get a little scared when I think of the immigration check because every time I landed in the U.S. — be it Chicago, Newark, or Dulles — I'm detained every time and cross-questioned by three different officers about the purpose of my trip.

Global Voices: What do you think about the xenophobic rhetoric and speech against Muslims and the LGBT community by many of Trump's supporters?

SN: Xenophobia and racism started to emerge even before Trump was elected. I have two friends who were trying to pursue PhDs at Princeton, but have now switched to Osaka University in Japan. […] And their parents were really concerned after the shooting […] in Kansas.

Global Voices: Would you advise others to visit the U.S. today?

SN: Only if you are going to visit for just a few days. With an F1 visa, you can definitely study in a university, but there is a high chance that you might not get an H1-B, because American employers aren't willing to pay more than $35,000 a year for an entry level job.

Global Voices: Did you face racism on your last trip to the U.S.?

SN: I was often told jokingly “Thank you, come again,” referring to the Indian character “Appu” from The Simpsons. But there were a couple of times in high school when I was called “7-11” [after the convenience store chain, run largely by members of the Indian diaspora in the U.S.], instead of my name.

As the United States explores new curbs on H-1B visas and Australia reforms its visa regime, many Asians, including both Chinese people and Indians, will likely find it harder to emigrate for economic opportunities, complicating trends in globalization that have shaped recent generations.