Instagram snaps of Japanese foods you may not have heard of 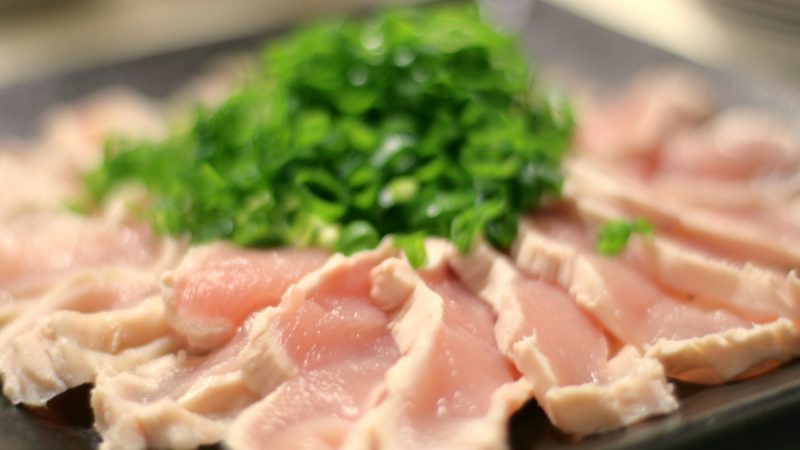 While to some outside of Japan it might seem like food poisoning waiting to happen, raw chicken is a popular treat in Japan. Image from Flickr user mio-spr.

While most people are familiar with sushi and Japanese sweet potato,  there are a lot of more adventurous Japanese foods out there. If you're looking to try something new and exciting, Japan has plenty to offer…

Restaurants specializing in yakitori (barbecued chicken) are common in every drinking area around Japan, and provide examples of Japanese foods not commonly eaten outside the country. While breast and thigh meat are standard fare, there are also plenty of other parts of the chicken on the menu. Chicken hearts and gizzards are popular, as is chewy cartilage.

Grilled chicken hearts. Cooked until crisp, the fat is drained out, making these refreshingly light!

A little harder to find is tamahimo (玉ひも), the partially developed eggs from inside the chicken, served along with the chicken equivalent of the Fallopian tube that houses them.

Known locally as torisashi (鶏刺し), a combination of the words tori meaning chicken and sashimi meaning raw sliced meat, raw chicken is widely available at yakitori restaurants and bars throughout Japan. It is particularly common in Kagoshima, Miyazaki, and Oita prefectures, where it is a local specialty.

Chicken sashimi can include chicken breast, liver and gizzard. It is often boiled or seared until the outside turns white, rather than served completely raw.

Freshness and proper handling lower the risk of food poisoning from campylobacter bacteria contained in raw chicken, but despite this, about several hundred cases of food poisoning from torisashi are reported annually, and it is believed that still more cases go unreported. For this reason, the Ministry of Health, Labor and Welfare has recommended that chicken not be served raw or undercooked.

Unlike raw beef or pork, raw chicken poses little life-threatening risk, but it can lead to a nasty stomachache and diarrhea, so caution is advised. That said, plenty of Japanese people eat torisashi regularly without getting sick.

Late night drinks after work . In celebration of my new personal best marathon record, and for a little extra protein. Fresh, rich basashi. After hearing the restaurant had its own supplier in Kumamoto, I had to check it out. Located deep in Shibuya, the food was so good, I'll have to go again! Thank you!

Known as basashi (馬刺し) or sakura niku (桜肉, literally “cherry blossom meat”) for its pinkish color, horse meat is fairly common throughout Japan. The lean meat, which is a specialty of Kumamoto, is generally served raw, dipped in soy sauce.

Horseradish is (appropriately enough) a popular accompaniment to the dish.

The internal organs of pigs and cows are often eaten grilled or cooked up in a hot pot. In Japanese, they are referred to as horumon (ホルモン).

A couple of theories on the etymology of this term exist. One popular theory holds that it originated from the Kansai dialect horumon (放る物), meaning “discarded goods”, as these less desirable parts of the animal were often thrown away. Following the end of the Second World War, Korean residents of Osaka, Hiroshima and other cities in western Japan, looking for a cheap business to make ends meet, figured out a way to prepare and sell this discarded food.

According to another theory, the name came from the word “hormone”, which was a well known buzzword in postwar Japan. People held the belief that internal animal organs, supposedly rich in hormones, would raise their energy level. Even today, horumon has a reputation as a stamina building food.

This particular Japanese delicacy is actually off the menu, at least officially, following the introduction of new regulations banning restaurants from serving it. Beef liver was banned in 2012, following the deaths of five people who contracted E. coli food poisoning from eating improperly prepared raw beef, which led to a rise in the popularity of pork liver before it, too, was banned in 2015.

Companies have developed a meat-free alternative made from konnyaku, which is remarkably similar to the real thing in appearance and texture. But according to some diners, it's just not the same.

I had some liver sashimi. “Liver sashimi… Liver sashimi…” is what I made myself think as I ate it, but it's actually made from konnyaku… And it tastes like konnyaku. It's popular among ladies!

The whale sashimi I had the other day.

Sorry whales, but this sashimi has such a distinctive delicate flavor; it's hard to get hold of it these days.

I enjoyed this at a little known izakaya bar called Nakameguro.

Once a common dish, including on school lunch menus, whale meat has all but disappeared from the dinner table due to waning domestic consumption. 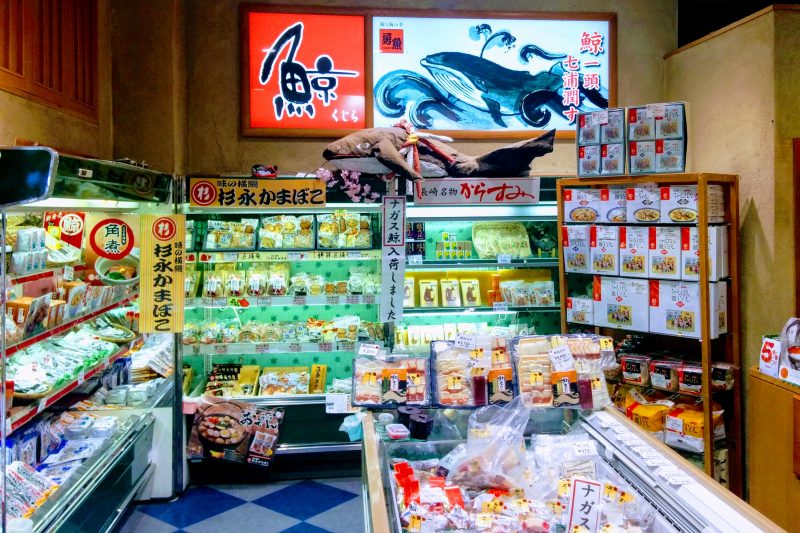 Whale meat sold in a gift shop in Nagasaki. Photo by Nevin Thompson.

Those who still eat whale meat are mostly members of older generations who have fond memories of eating it during their childhoods.

Despite the low demand, both canned and fresh whale meat can still be found in supermarkets, and it is also available at some restaurants. Diners should be advised, however, that whale meat dishes may come with a side of mercury.

My favorite! #shirako with ponzu #delicious #yummy #my favorite

While fish roe is a common part of Japanese cuisine, and indeed in many other cuisines around the world, in Japan, the male fish genitalia are also commonly consumed. Known as shirako (白子, literally “white children”), this delicacy is served encased in its membrane, and may be eaten raw or cooked. Often seasoned with ponzu sauce, it is also a common sushi topping.

Shirako is usually harvested from cod, but it can also come from other fish, such as salmon or pufferfish. Known for its distinctive creamy texture, it is widely available in winter, when it is in season.

Made from the salted, fermented guts of various marine animals (usually squid), even most Japanese people consider shiokara (塩辛) to be somewhat of an acquired taste. This pungent dish is usually enjoyed as an accompaniment to sake.

Some of these dishes may not be my cup of tea, but it certainly is interesting to see what constitutes a tasty meal to a different culture.