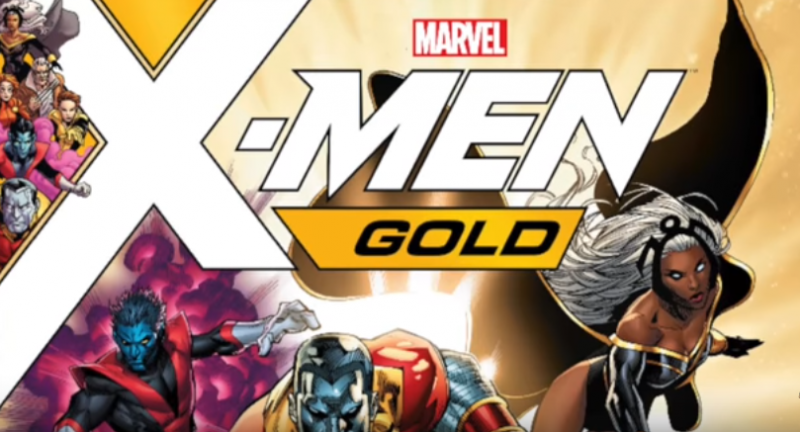 After Indonesian artist Ardian Syaf uploaded a sketch he made for X-Men Gold #1 on Facebook, his fans quickly spotted symbols used by the Movement in Defense of Islam, in their controversial campaign against the Christian governor of Jakarta, the country’s capital.

Indonesia is the largest Muslim-dominated nation in the world. In recent years, hardline Muslim groups like the Islamic Defenders Front (FPI) have been aggressively criticizing the government for not defending Islam enough.

The symbols used are 212 and QS 5:51, which FPI popularized during the massive rallies it organized last December 2016 to call for the removal of Jakarta Governor Basuki “Ahok” Tjahaja Purnama. Ahok is accused of insulting the Quran. QS 5:51 refers to the Quranic chapter 5 and verse 51, which Ahok allegedly quoted in a public speech to insult Islam; 212 refers to the anti-Ahok rallies last December.

More than 200,000 attended the rally under the banner of Movement in Defense of Islam, but the event was criticized for promoting religious intolerance. Using violent rhetoric, many leaders of the rally urged the public to reject Christian and Jewish leaders.

Syaf, who is one of the country’s prominent artists who worked with both DC and Marvel Comics, admitted that he inserted the 212 and QS 5:51 symbols because he believes in the principles of the Movement in Defense of Islam.

Some of his fans were infuriated and called the attention of Marvel Comics. The company acknowledged the complaints of its readers and released a statement announcing the removal of the inserted symbols in subsequent editions of X-Men Gold #1. It added that the artist will face disciplinary action.

The mentioned artwork in X-Men Gold #1 was inserted without knowledge behind its reported meanings. These implied references do not reflect the views of the writer, editors or anyone else at Marvel and are in direct opposition of the inclusiveness of Marvel Comics and what the X-Men have stood for since their creation. This artwork will be removed from subsequent printings, digital versions, and trade paperbacks and disciplinary action is being taken.

Ms. Marvel creator G. Willow Wilson, who is also a Muslim like Syaf, wrote on her blog about the error of interpreting the Quran to spread hate:

The Quran never suggests you can’t be friends with non-Muslims. Which makes sense, because, you know, the Prophet had non-Muslim friends.

She also criticized the Indonesian artist for undermining the career of other Muslim illustrators:

He has committed career suicide; he will rapidly become irrelevant. But his nonsense will continue to affect the scant handful of Muslims who have managed to carve out careers in comics.

But artist Dicky Aryo Aditomo assured the public that his friend Syaf is not against Christians and Jews:

Personally I do not agree with what he did to the X-men comic because I do not think that was professional to include his personal views which were sensitive matters, especially on a property which is not his.

I respect his political and religious views but I don't think he is expressing them in a socially accepted manner.

I'm sure he did not mean any harm, spreading hatred, or to create a disturbance and to upset people, no, but he was too proud of himself supporting his beliefs and supporting the peace protest that is “212”.

He added that Syaf is simply passionate about his beliefs noting that the controversial artist once inserted the image of Jokowi, the country’s president, also on one of the pages of Marvel Comics.

Immediately after BleedingCool.com broke the news about the insertion of the symbols in the comics, Syaf encouraged his fans to buy the “soon to be collector's item.” He argued too that the subliminal messages should not be interpreted seriously.

According to a report by Jawa Pos newspaper, Syaf said his contract was terminated by Marvel Comics despite his pleading that he was neither anti-Christian nor anti-Muslim. Nevertheless, he never apologized for offending non-Muslims.

While Syaf was widely condemned outside Indonesia for inserting the symbols that promote hate against other religions, he was praised by Muslim youths sympathetic to puritan Islamic interpretations. These groups considered Syaf's action as a service in defense of Islam. Ironically, one of the organizers of the 212 rally was about to charge Syaf with blasphemy but they withdrew it after learning that the artist is a supporter of their movement.