Japanese Metal Legends LOUDNESS Turned Away at US Border 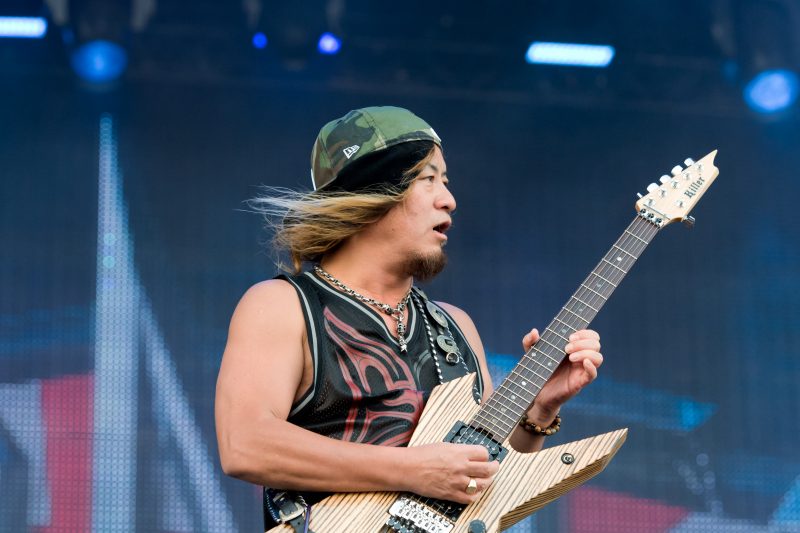 Japanese metal band LOUDNESS was reportedly denied entry into the United States on the night of April 18 after arriving in Los Angeles to start a North American tour. The band has regularly toured the United States over the past 30 years, and this is the first time it has been turned away at a port of entry.

Fans and observers immediately blamed stricter immigration policies, such as the attempted “Muslim ban,” enacted by the new Trump administration since taking office January. Other pointed out that ever since the 9/11 attacks in 2001 it has become more difficult for foreign music acts to tour the United States, prompting them to wonder if the US, like Japan during the Edo period, is entering its own “period of isolation” (鎖国, sakoku).

LOUDNESS was supposed to kick off its North American tour on April 19 at Reggie's, a nightclub in Chicago. Reggie's broke the news to ticket holders on Facebook, blaming “new” border policies for the cancellation:

Due to the new strict policies the US government has placed on foreigners entering the country, Loudness was denied entry into the United States and sent back home this morning.

Known for such classics as “Crazy Nights” and “Crazy Doctor,” LOUDNESS got its start as a band in 1981 in Japan, and took the world of heavy metal and glam rock by storm over the next decade. The group has continued through ups and downs over the past three decades, maintaining an enthusiastic fan base both in Japan and around the world.

The news that the band had canceled its latest tour quickly spread across social media.

After spending 27 hours in the air I'm back in Osaka. Just devastated.

Singer Minoru Niihara wrote on his blog that LOUDNESS had never been denied entry to the United States before.

Some fans seemed resigned to the fact that it would be more difficult for bands to tour the United States during the Trump era:

LOUDNESS's problems at the border may be just the tip of the iceberg. During the Trump administration there's the possibility that bands and other artists will no longer be able to tour the United States.

Rumors immediately swirled about why the band had been denied entry. One fan wondered whether US customs and border agents had searched band members’ phones and found a reason to bar them:

Maybe [immigration] found some keywords associated with Okinawa base protests when searching their Facebook accounts and texts. We have entered the era when you can be denied entry into the United States because of what you text.

Local residents of the Japanese prefecture of Okinawa have long opposed the presence of American military bases there. Recently, protests have focused on the construction of a new facility in an ecologically sensitive area.

Others pointed out that many bands from other parts of the world have been having problems at the American border, especially if they arrive without proper documentation. One commenter wondered if LOUDNESS has arrived on tourist visas (渡航visa), which may not allow them to legally play in front of paying audiences in the United States:

I've heard stories of bands from Eastern Europe arriving on tourist visas having to cancel their tours after being denied entry, so now it's Japanese bands arriving on visitor visas that are being denied entry. If LOUDNESS can't get in, then no one can. Is the United States entering its own “period of national isolation”? I hope Europe and South America remain open.

According to an interview in the Chicago Tribune newspaper with the management of Reggie's, the night club where LOUDNESS was supposed to kick off its American tour, the problem did seem to be that rules regarding paperwork have become more strict since the band's last tour in the United States:

Reggie's owner, Robby Glick said he spoke to the band's PR rep who cited an issue with “exemption papers,” which were acceptable for entry the last time the band visited the U.S., but denied this time around.

“It's a little bit harder,” says Glick. “I don't know if it's a product of the administration or if Loudness was flying by the seat of their pants, but there is a difference since our new president came in.”

LOUDNESS's agency told Japan Today that the band had been able to tour the United States in the past with proper invitation letters but that the immigration this time requested visas for the musicians.

The band is not alone. A recent story by Seattle's The Stranger detailed how there is seemingly no consistent pattern to international artists getting turned away at American airports.