31 Years Later, the Lights Come Back on in Chernobyl 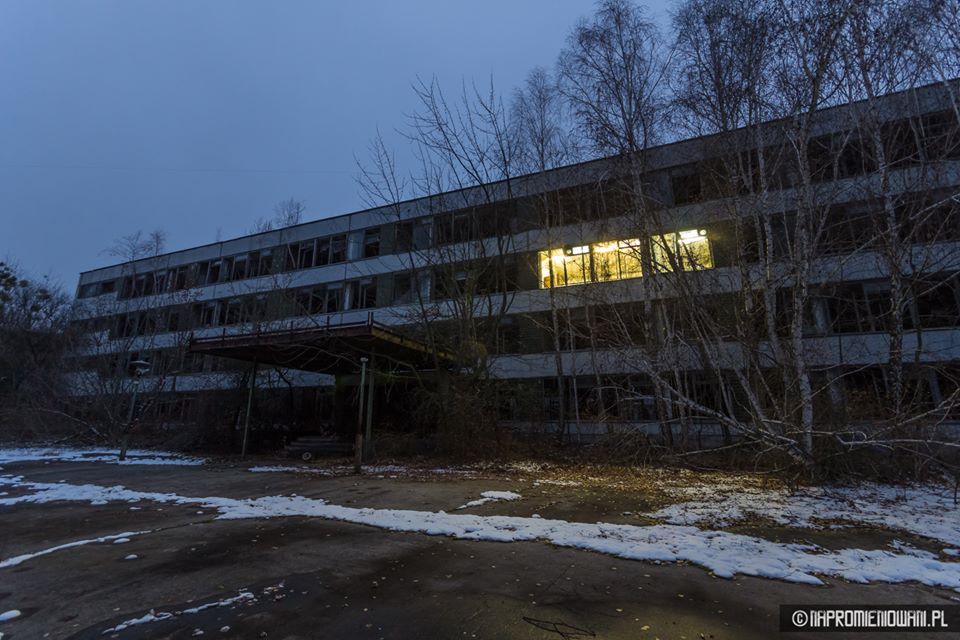 Polish adventurers entered the town of Pripyat in the Chernobyl Exclusion Zone and turned on lights for the first time since the 1986 nuclear disaster at the Chernobyl Nuclear Power Plant. Photo from Napromieniowani's Facebook page.

On April 26, 1986, a nuclear meltdown at the Chernobyl Nuclear Power Plant in northern Ukraine caused radioactive material to be spewed into the atmosphere, exposing hundreds of thousands—if not millions—of people in Ukraine, Belarus, Russia, and elsewhere in Eastern Europe to extremely high doses of radiation.

The effects of the nuclear fallout are still being felt: more than 500,000 people in Belarus, the country most affected by the disaster, have thyroid problems stemming from Chernobyl radiation, and more than 2 million people live in areas of the country that put them at high risk of contamination.

Last week, on the eve of the 31st anniversary of the disaster, a group of Polish adventurers decided to turn the lights back on in Pripyat, a radioactive ghost town located three miles from the Chernobyl reactor. Pripyat was evacuated the day after the meltdown and has been abandoned ever since—though it has become the center of the disaster tourism industry that has developed in the Chernobyl Exclusion Zone.

The lights come on at a school in Pripyat.

Using generators, the Poles were able to electrify some of Pripyat's buildings, lighting up the abandoned city for the first time in more than 3 decades. The adventurers posted the photos on the Facebook page they curate, Napromieniowani.pl. 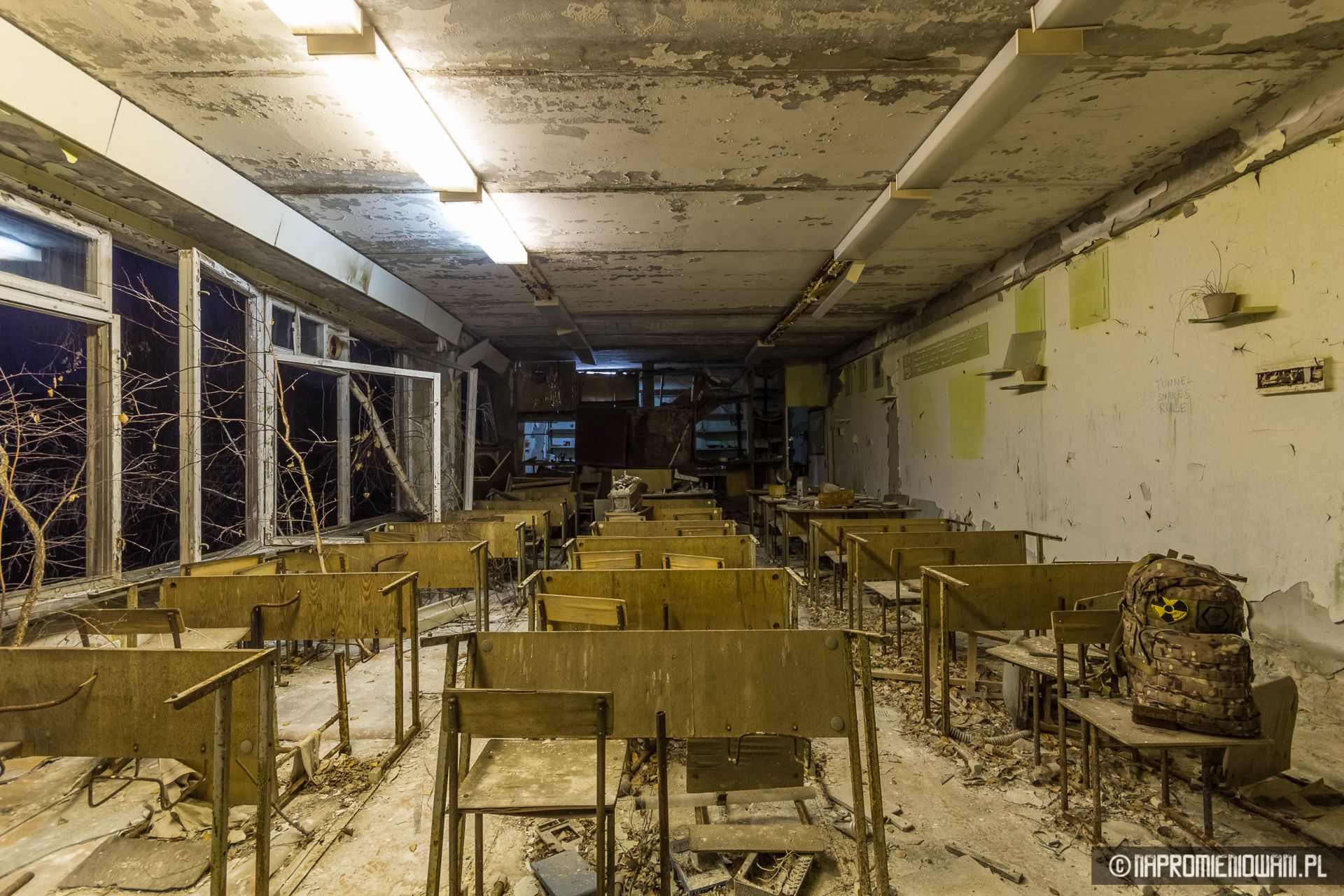 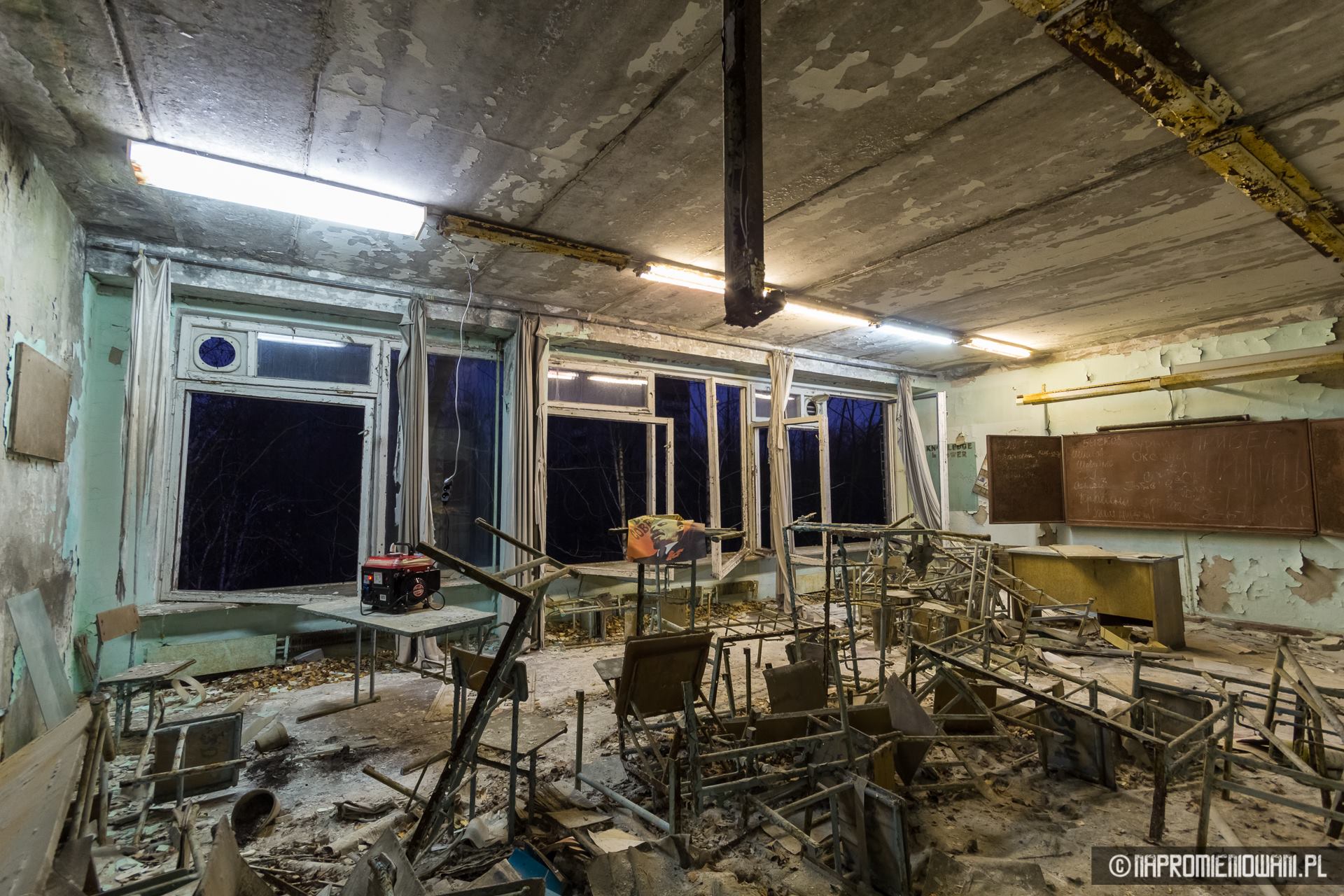 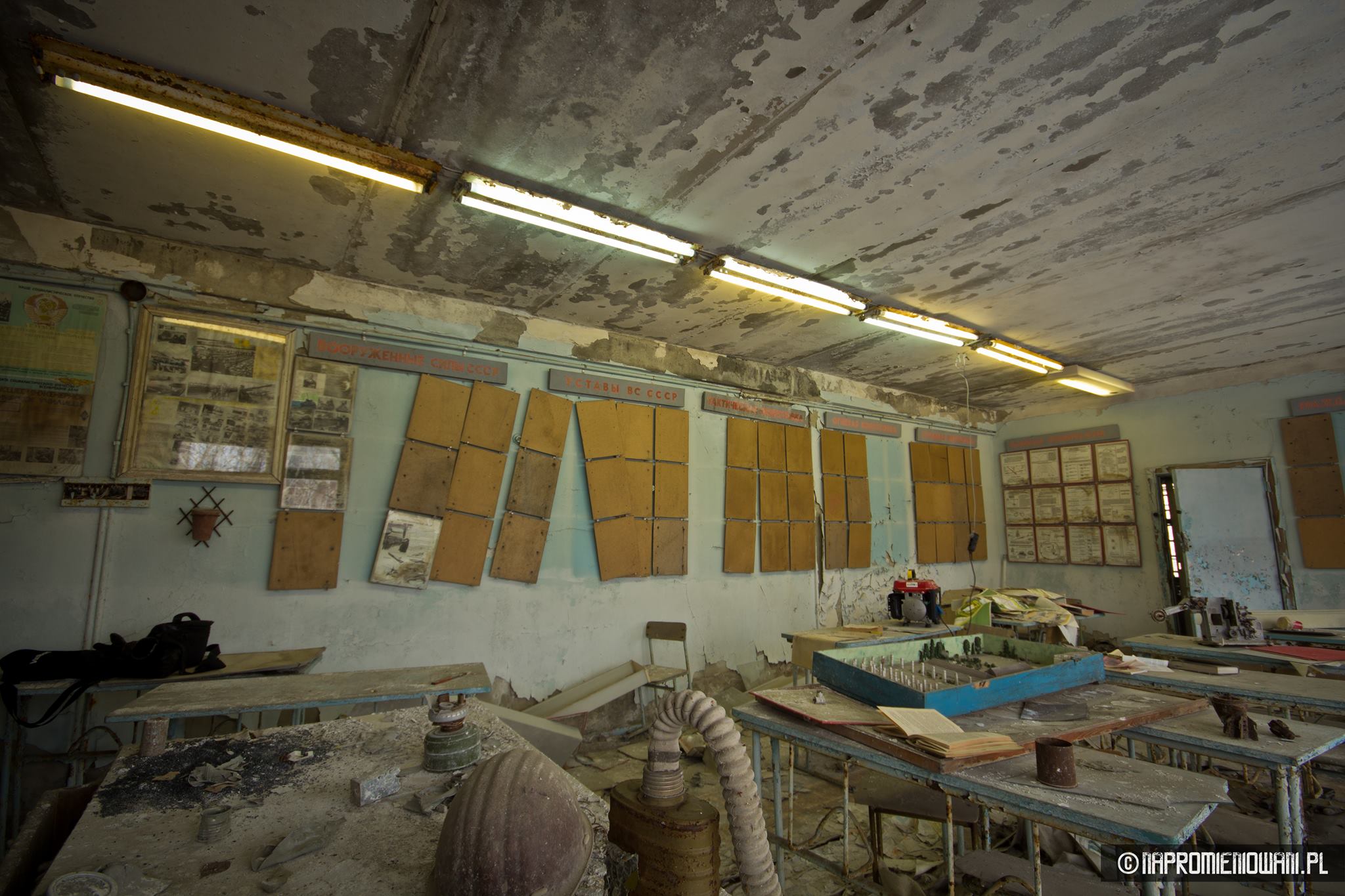 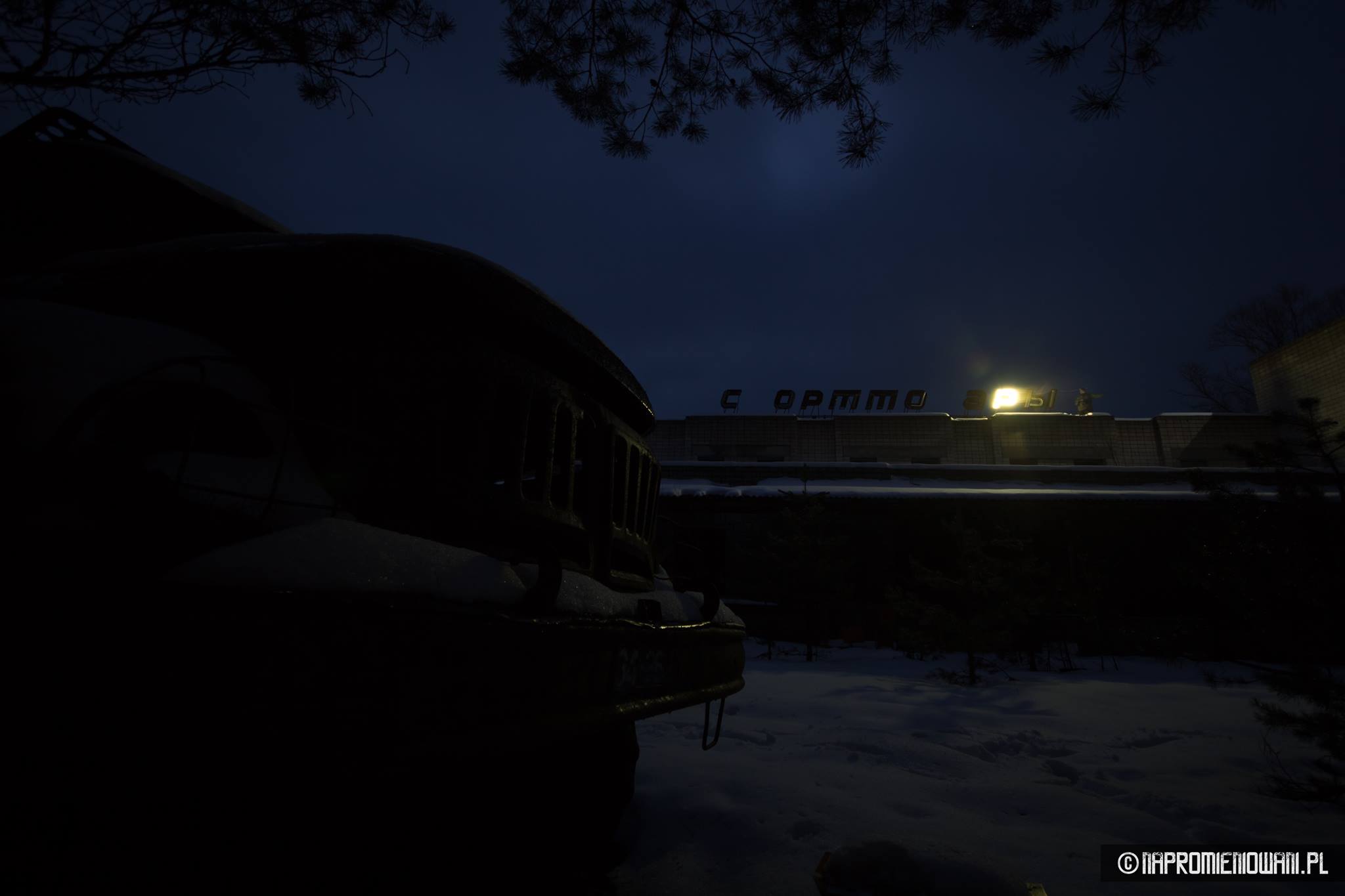 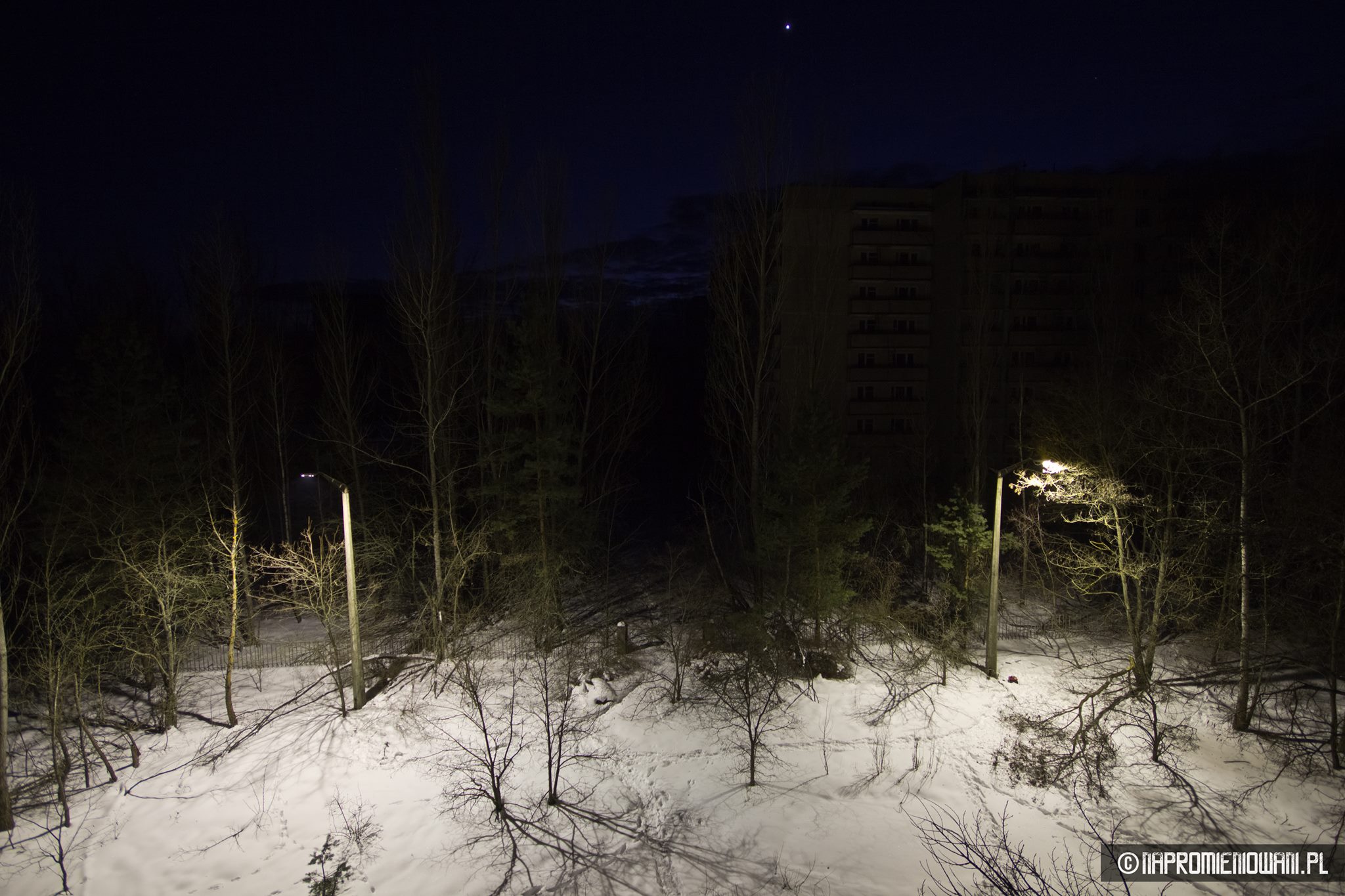 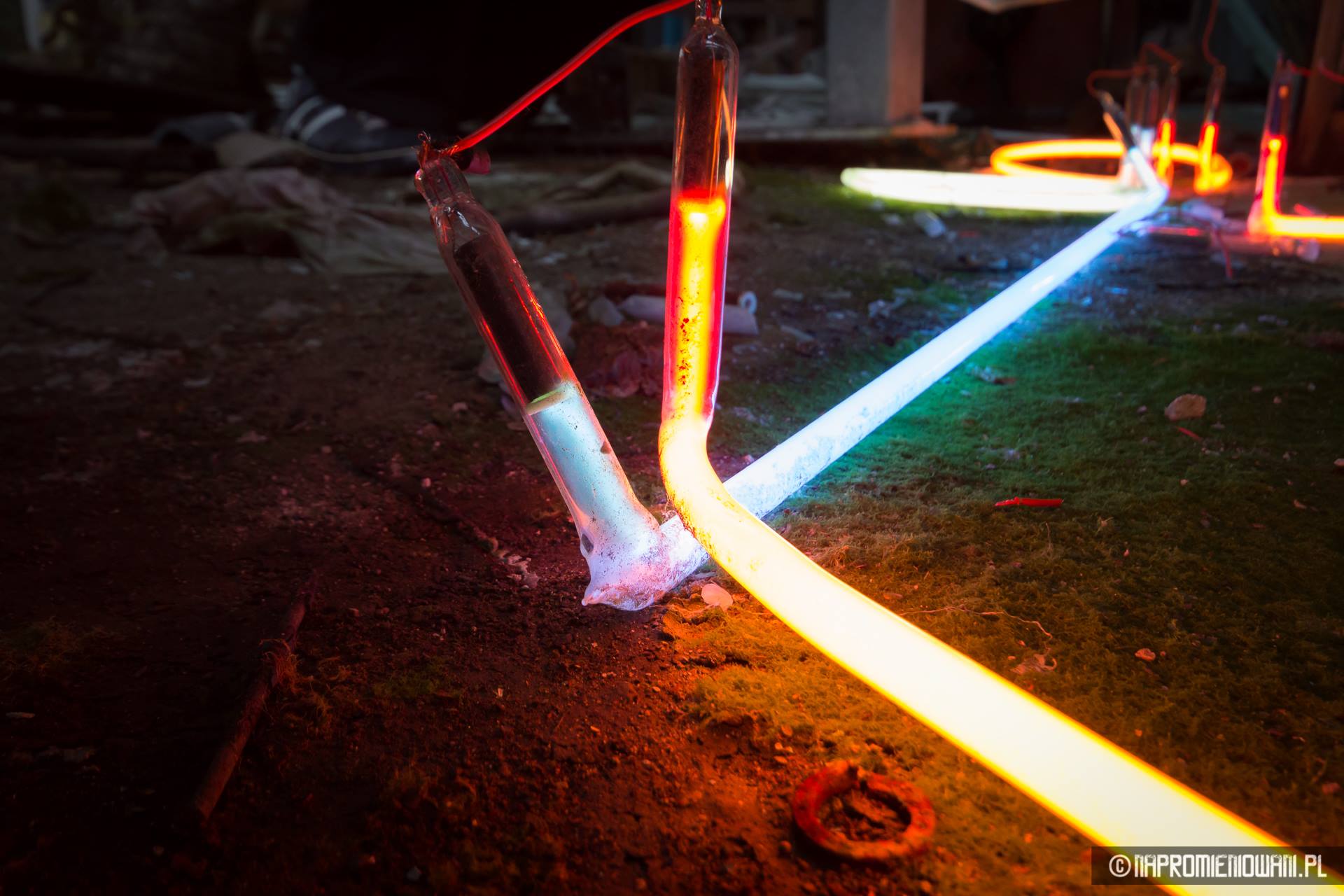 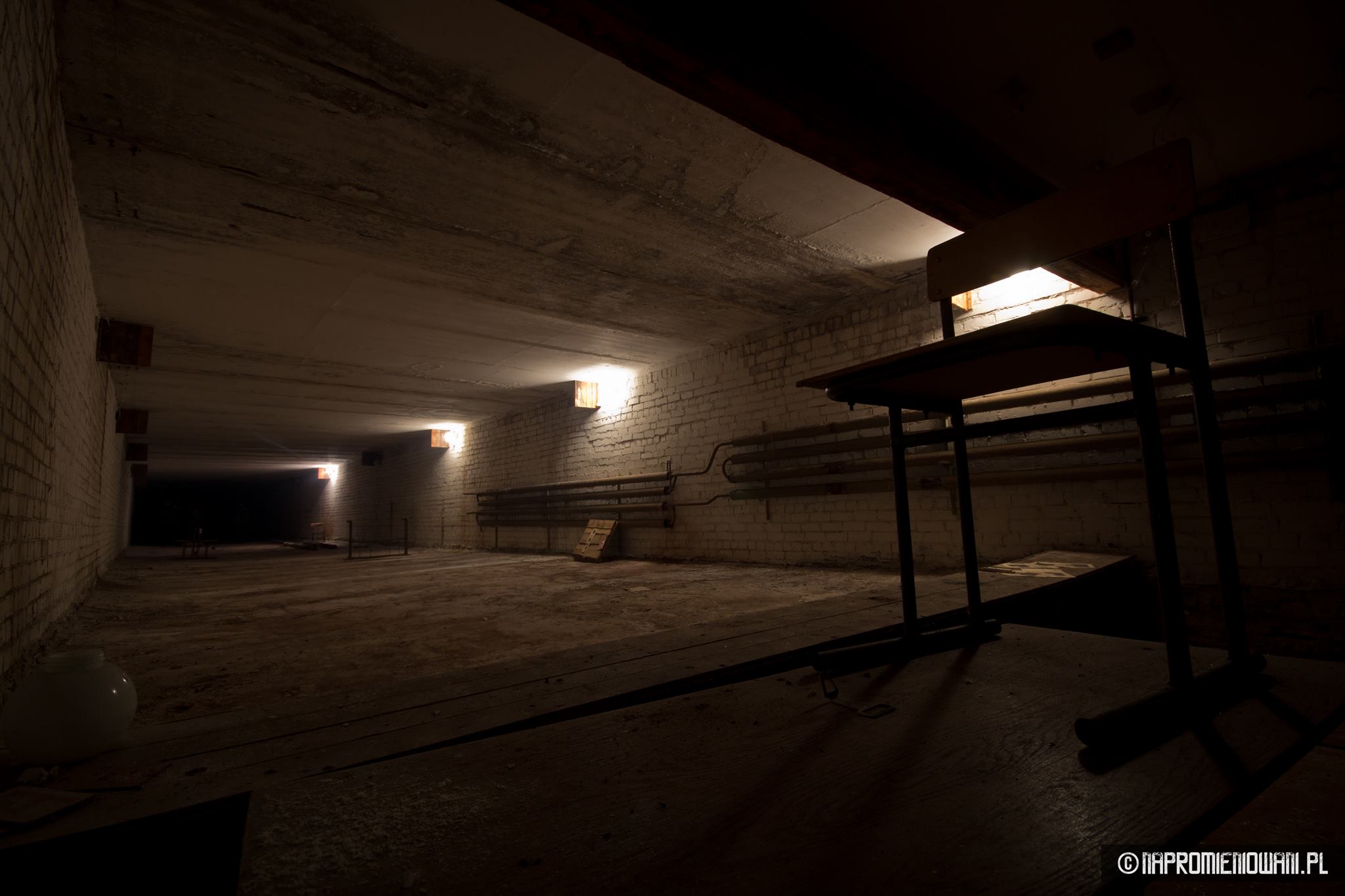 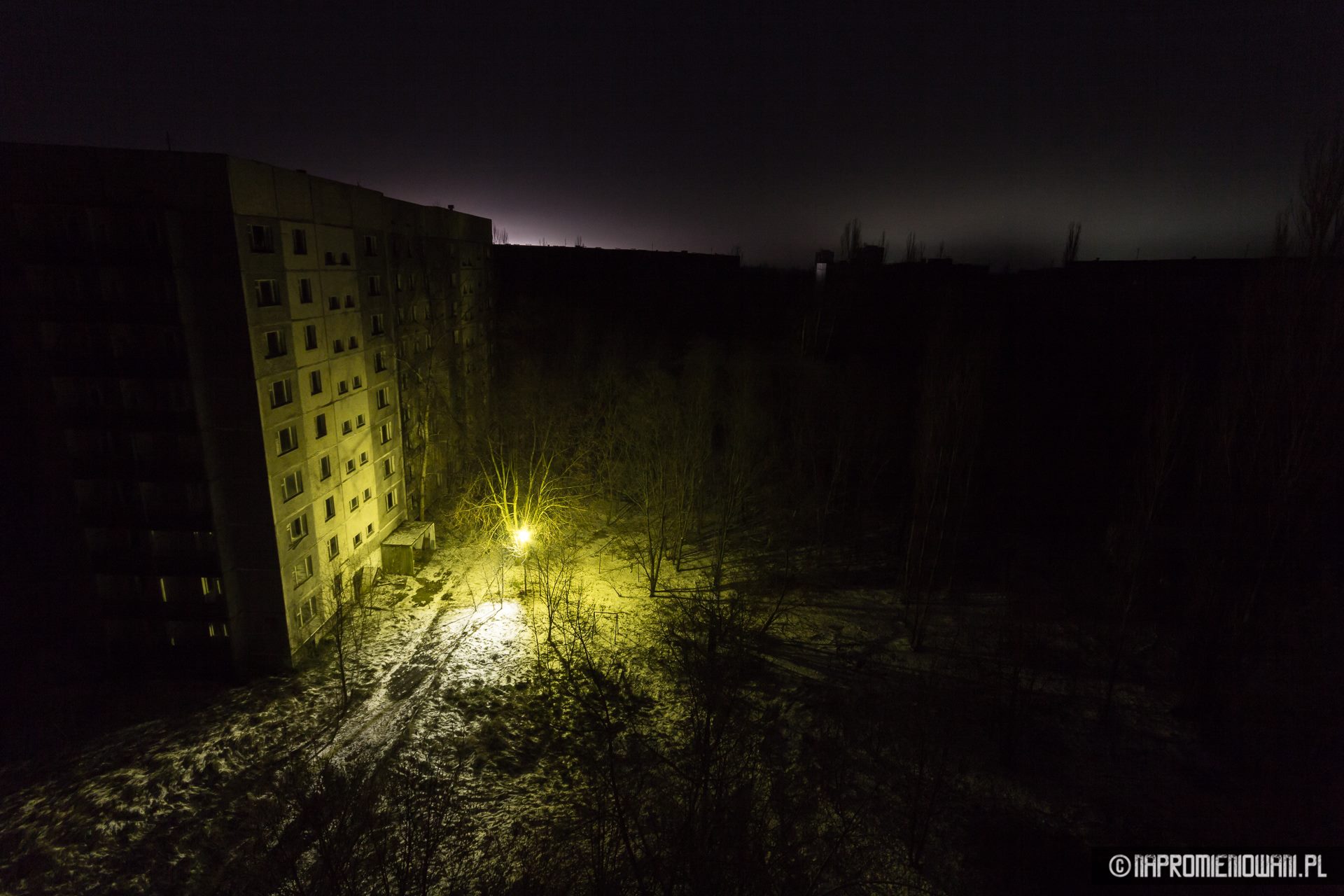 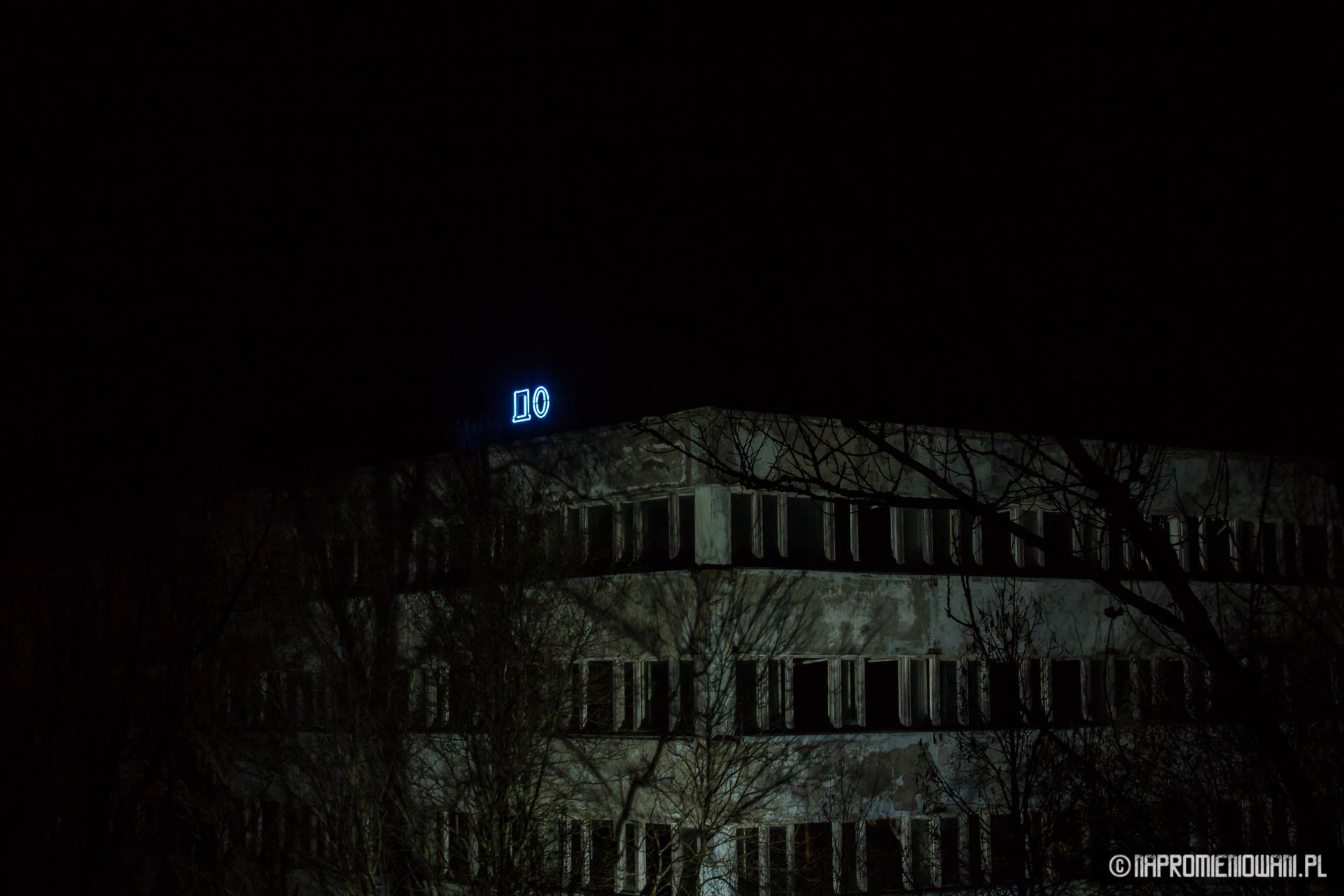 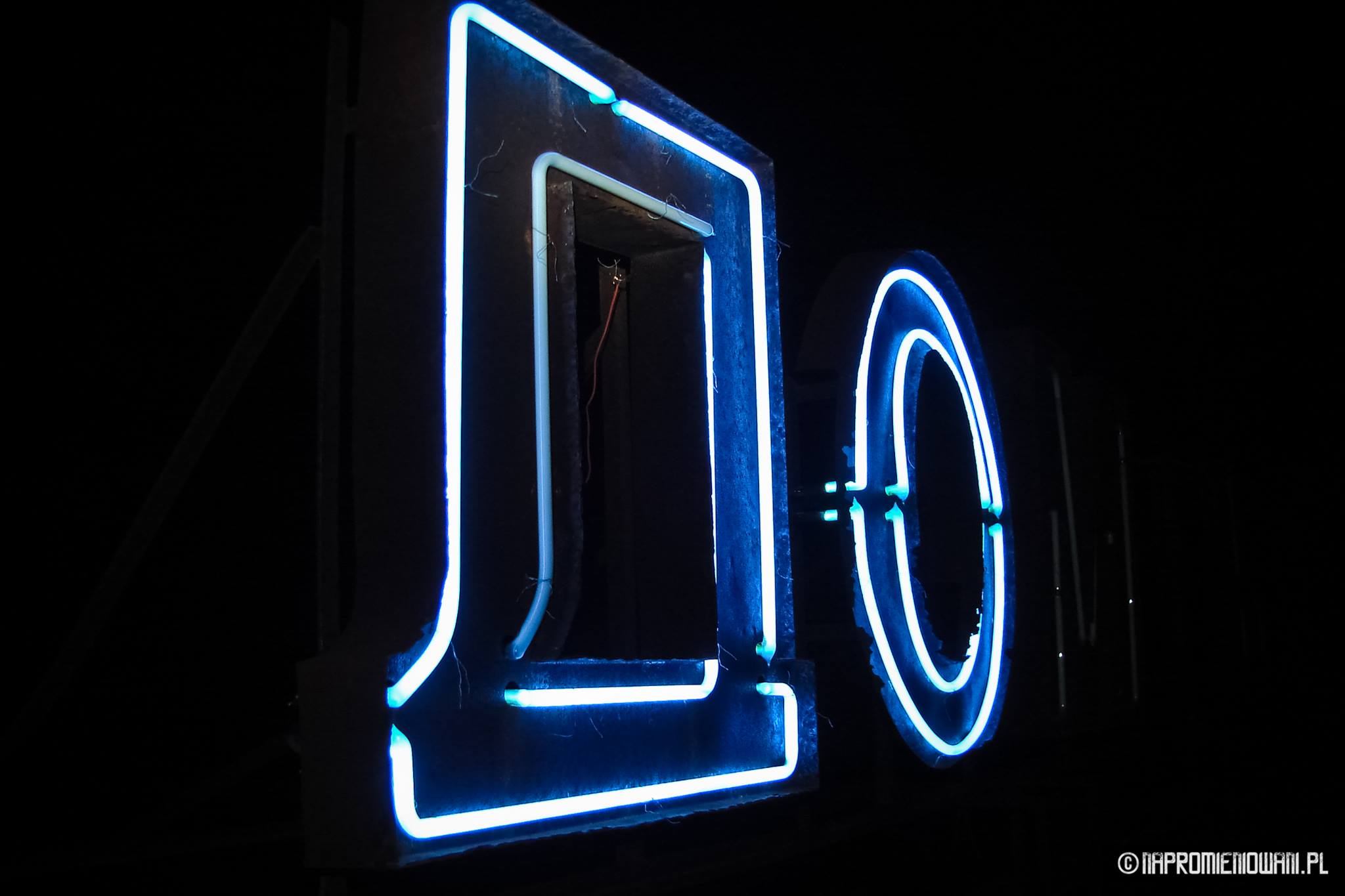 This post has been updated to provide proper attribution for the photographs. They were originally posted on Napromieniowani.pl, and are republished here with permission.