#SaveDinaAli: Activists Call for Release of Saudi Woman Forcibly Sent Back to the Kingdom 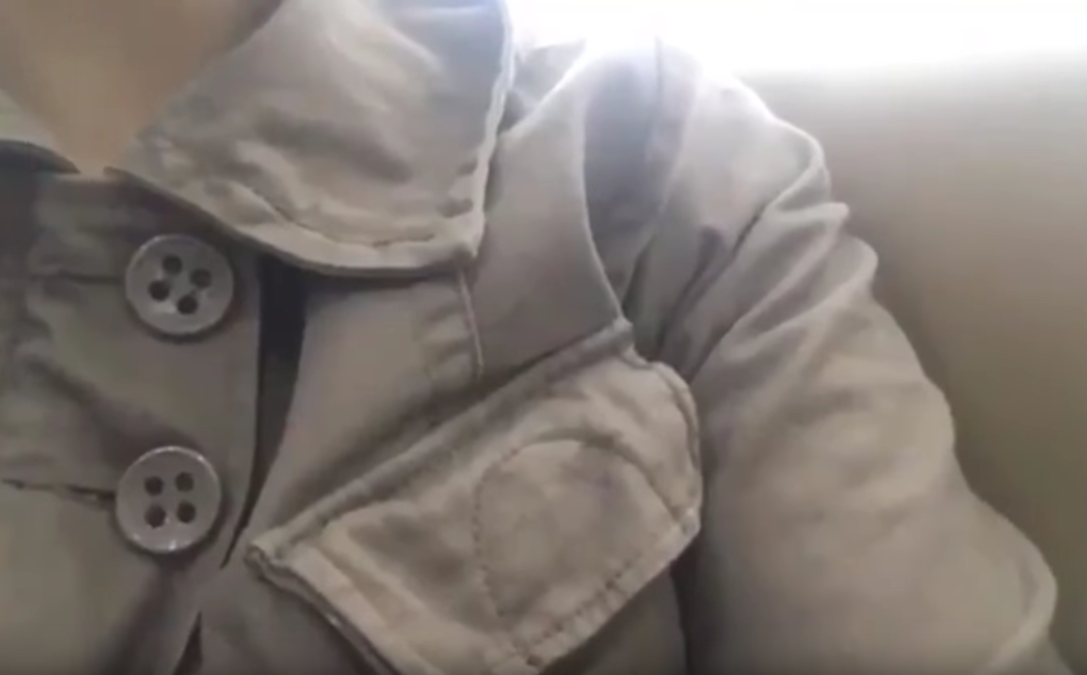 Screengrab of the video released by Dina Ali while in Manila airport. Source: Twitter

A 24 year-old Saudi woman who allegedly fled her home to seek asylum in Australia was held in custody during her transit at the Philippines’ Ninoy Aquino International Airport in Manila until her family arrived to force her home.

The woman was identified as Dina Ali Lasloom, who was traveling from Kuwait to the Philippines where she was stopped by airport security and stripped of her documents.

During this time, Ali recorded a video in which she explained why she was seeking asylum:

.@cnnphilippines #SaveDinaAli I just received this video, her uncles just arrived in Philippines , they are going to murder her, please help pic.twitter.com/l2J15PS0gL

My name is Dina Ali, and I am a Saudi woman who fled Saudi Arabia to Australia to seek asylum. I stopped in the Philippines for transit, they took my passports and locked me up for 13 hours, just because I am a Saudi woman, in collaboration with the Saudi embassy. If my family comes, they will kill me. If I go back to Saudi Arabia, I will be dead. Please help me, I am recording this video to help me and know that I am real and here. The Philippines government and Saudi Arabia are violating human rights and international law, I'm kept here as a criminal, I can't do anything and I can't go out. They took my passport and all my papers because they are waiting for my family to come and take me, who really wants to kill me.

It is unclear why Ali feared being killed if she was forced to return to Saudi Arabia, and Saudi authorities have so far not released any information as to her situation.

Saudi women fleeing their family or the country can face so-called ‘honor’ violence or other serious harm if returned against their will. Saudi authorities should immediately protect this woman from her family to ensure she’s not subjected to violence and should not punish her for fleeing.

Denying any wrongdoings, the Saudi embassy in Manila issued a statement on April 12, 2017, calling the case a “family matter”, adding that what circulated on social media is incorrect. The embassy confirmed Dina's return to the Kingdom:

The Embassy of the Custodian of the Two Holy Mosques in the Republic of the Philippines confirms the incorrectness of what has been circulated on some social media platforms, pointing out that what happened was a family matter and the citizen returned home with the family.

The rights of women in Saudi Arabia are limited in many ways. Women are legally subject to a male guardian, who must give his approval for basic decisions on education, marriage, travel and even medical treatment. As Human Rights Watch explained in their “Boxed In: Women and Saudi Arabia’s Male Guardianship System” report:

In Saudi Arabia, a woman’s life is controlled by a man from birth until death. Every Saudi woman must have a male guardian, normally a father or husband, but in some cases a brother or even a son, who has the power to make a range of critical decisions on her behalf.

This reality appears to have been part of Dina's motivation to leave. At Manila airport, Dina approached Meagan Khan, a Canadian woman, to ask for help, and Megan reported her encounter on Facebook. Here is an extract:

I asked her why and she said in her country women have no rights and she wants to go to a country women has rights like, Canada, or USA, or Australia. I asked her why did she pick Australia? She said she's a teacher and while she was supposed to be working she put together the paperwork to get a visa and Australia was the easiest place to get papers to travel to without her family suspecting her.

And this is a screenshot from a message between Dina and her friend on Snapchat:

Tweet: My friend fled her parents and she is currently in Manila. Her family told the embassy and they have her. Anyone knows how to help her? Please respond

Image: Dina: – Keep publishing if anything happens to me.
– In the transit area of the Philippines [Manila Airport]
– At 4:30 A.M. your time, my uncles will be arrive.
– I think I am going to be handed over.

I stand with you Dina Ali.

How can I feel sure as a woman, under a law that calls killing a child “excessive discipline,” and kidnapping a family matter?

‘As if the violation of women's rights is not enough, they must arrest those who sympathize’

According to Reuters, Dina was put on a flight to Riyadh in the evening of April 11. Waiting for her at the Riyadh airport were journalists and Saudi activists.

Vivian Nereim, a Bloomberg News reporter based in Riyadh, went to the airport and described what she saw using the Arabic hashtag “Welcome Dina At The Airport”:

2 Filipinas on the flight described a woman being carried on. 1 said she was screaming. “But she's ok alhamdullilah.” #استقبلو_دينا_بالمطار

Another passenger heard a woman screaming “help, help.” No sign of her but doubt she would come out this door. #استقبلو_دينا_بالمطار

#استقبلو_دينا_بالمطار Another passenger said she heard a woman shouting but her face was covered so she doesn't know her condition.

I think that's all the information we're going to get from here. Saudi Human Rights Commission is following the case. #استقبلوا_دينا_بالمطار

Another women rights activist, Alaa Anazi, was arrested when she showed up at the airport, according to @Ana3rabeya and a number of other activists on Twitter.

Alaa's sister Nada spoke to Reuters. According to the news agency, Nada said “airport officials told her Alanazi had been sent to a police station in central Riyadh, but said she was unable to confirm her sister's whereabouts”.

As if the violation of women's rights is not enough, they must arrest those who sympathize with them as well??

As Dina's situation remains unclear, activists are continuing to use the hashtag #SaveDinaAli to keep the pressure on the Saudi government