Lebanon's King of Comedy Is on a Global Mission to Make Everyone Laugh at the Same Joke. It's Working. 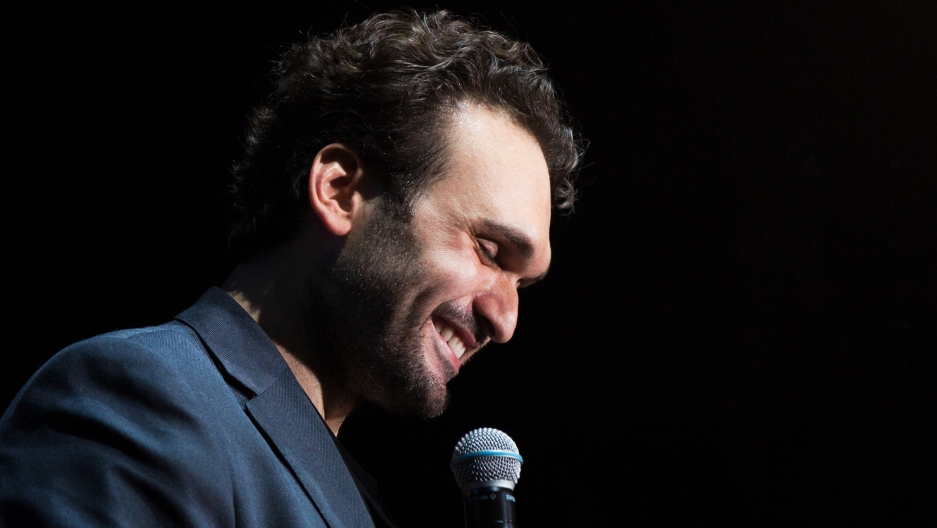 Lebanese-American comedian Nemr is as comfortable performing in Saudi Arabia as he is in the US. Credit: Maria Abou Nassar

This story by Carol Hills originally appeared on PRI.org on April 13, 2017. It is republished here as part of a partnership between PRI and Global Voices.

Some advice from an Arab son. If your career choice is to become a comedian, don't expect your dad to be very excited.

Here's how Lebanese-American Nemr Abou Nassar's dad responded: “You want to become a clown?” No, explained Nemr, a stand-up comedian. His dad remained skeptical. “Oh, you're going to stand up and be a clown!”

The riff goes on. Nemr's father buys a horn, the kind you put on a bicycle, and for the next eight years, he squeezes it every time his son visits: “Everybody, the clown is here.”

Then Nemr makes it onto the cover of Rolling Stone and suddenly his father changes his tone. “This is my son the comedian. I always told him follow your dreams.” But instead of Rolling Stone, he pronounces “Throwing Stones,” in a thick Arabic accent. 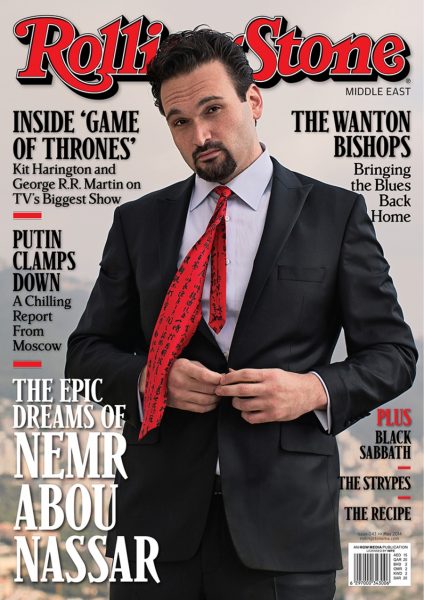 Nemr says his father is a huge fan, “as much as an Arab father would be a fan of his son because it's against Arab culture to ever encourage your children. It's a constant thing to keep them humble.” His father's only no-go zone is swearing. “If there's the funniest joke in the world and somebody drops an f-word, he just shuts down. He doesn't like that.”

But all those jokes about him? Nemr says his father just nods, “as long you're making money.”

The Arab father topic is intentional. Nemr performs in English across the Arab and Muslim world and now in North America. Right now, he's on a world tour, everywhere from Oklahoma to Saudi Arabia. “You don't really need to be from anywhere to actually relate to a father who has high expectations for their son.”

Nemr's global reach reflects his own experience. Born in Lebanon in 1983, his family moved to San Diego, California, when he was 2, during his country's long civil war. But just nine years later, his family moved back to Beirut. He found American issues like drugs and missing children too scary, telling his son: “In Beirut, the only danger is war. We can run away from that and hide.”

Nemr believes in the power of comedy to bring people together. “Right now, the world's at war not with an army but an ideology, and when you're breaking down the artificial barriers between Muslims, Christians and Jews, by putting them in the same room, not bringing up the religion, bringing up stuff that everybody's laughing together at, the next time somebody tries to infiltrate those divisions, they don't exist anymore.” 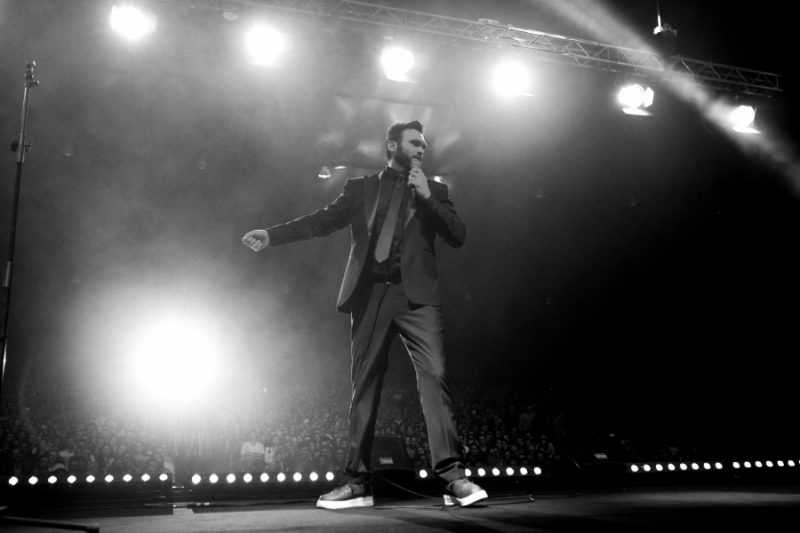 And this may come as a surprise to many Americans: Nemr actually feels a tad of self-censorship when he performs in the US.

“Here, there's an air of political correctness right now, which is horrifying, as far as I'm concerned, for comedy. It kind of constricts your freedom of expression, which is strange, in what should be the most liberal art form, which is standing up and talking about an idea.”

In Lebanon, he can say anything. But when he's on stage in the US, he has to be careful, or give more explanation. Like his joke about ISIS.

“It's a silly joke about [American singer] Bruno Mars being an Arab because his songs don't make any sense unless you're an Arab.” Nemr sings a few lines from the Bruno Mars hit, “Grenade.” “I'd catch a grenade for you. Throw my head on a blade for you.” To Nemr the ISIS connection is obvious: “In which situation would you ever be walking with your girl down a boulevard and somebody throws a grenade at you, giving you the opportunity to step in and be the hero.”

The punchline: Only if you're dating someone from ISIS.